2009 has been an exceptionally strong year for short fiction and has mesmerized us with the exceptional talent of amazing writers. Reading novels from all the genres has truly been worth it and the debuting novels have opened up new horizons which exceed expectations and thus they make it under the top 10 books of 2009.

Both ways is the only way I want 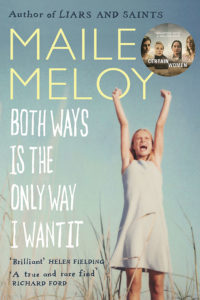 the short stories explores complex lives in an austere landscape with a clear- sightedness.  The collection is about battlefields and fields of victory which exists in harmless spaces, in kitchens, living rooms and cars. It is set in American West and features small town people and explores the moral quandaries of love, family, and friendship.

Read it For:
The novel has concise yet fined - grained narrative

Don't Read it For:
It consists of domestically familiar scenarios.

What makes this book stand out?:
The book stands out because it is one among the top 10 books and because of the authors powerful and moving storytelling which is lean, full of insights, has an unexpected poignancy and is a controlled prose and confirms the author's singular literary talent. 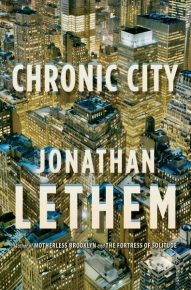 the novel unfolds in an alternative reality in Manhattan where the Manhattanites are wrapped in their own delusions, desires, and lies. Chase Insteadman lives off residuals earned as a child while his fiancee, Janice Trumbull sends heart breaking letters from an International Space Station. Perkus Tooth, a pop critic along with Chase attempt to unearth the answers to several mysteries.

Read it For:
This is the best book because the author has captured the value of a life dedicated to observation.

Don't Read it For:
It requires a careful reading with a lot of reference from the internet.

What makes this book stand out?:
The book stands out because the author's masterpiece is beautiful and tawdry, forgiving and tragic, antic and devastating, and a stand-in for the whole world and a place utterly unique

A Gate at the Stairs 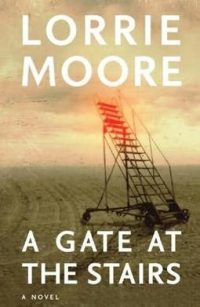 the novel is set in 2001 and is narrated by a Wisconsin college student who hungers for worldly experiences and finds it when she is baby-sitting for a bohemian couple who is trying to adopt a mixed-race child. Meanwhile, she gets involved in a love affair with a classmate and feels pressing claims from her family.

Read it For:
This is a top book because it is a captivating novel and the narrative seems entirely realistic

Don't Read it For:
On first reading, the reader can become impatient with the author's determinedly lackadaisical way of proceeding.

What makes this book stand out?:
The book stands out because it is anchored deep and is a good book recommendation and the best book to read.

Half broke horses: A True-Life Novel 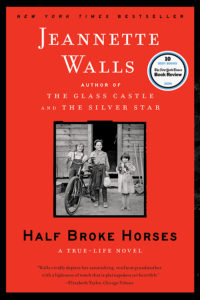 the author brings the story of her grandmother which is told in a first-person narrative that is authentic, irresistible, and triumphant. Lily is a character who survived tornadoes, droughts, floods and the most heart-breaking personal tragedy.

Read it For:
It is riveting and dramatic. The style of the book is amazing. The writer writes with candor and humor

Don't Read it For:
Compared to the author's previous novel, this books lacks life and is more of reading a history book than a novel.

What makes this book stand out?:
The author says that the book is less a novel than an oral history. It is the retelling of stories which is handed down by the authors family throughout the years and the author knows how to tell a story with love and grit.

The Age of Wonder: How the Romantic Generation Discovered the Beauty and Terror of Science 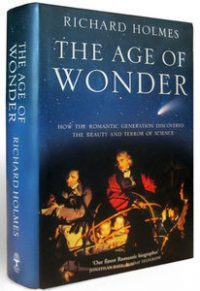 this book is the author's first major work of biography. The novel is inspired by the scientific ferment that swept through Britain to which Holmes radically redefines as 'the revolution of Romantic Science'. It is a colorful and absorbing history of the men and women whose discoveries and inventions gave birth to Romantic Age of Science.

Read it For:
The writer brings to life the era where we realized both awe-inspiring and frightening possibilities of science.

Don't Read it For:
The readers might not be much enchanted with it.

What makes this book stand out?:
The book is a long- awaited fermentation of the author's knowledge of the Romantic poets and his lifelong fascination with science. 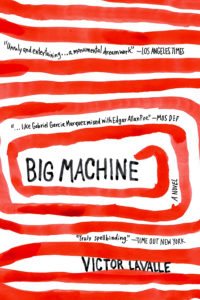 Ricky Rice, an ex-junkie African- American bus station porter gets sucked into the bizarre machinations of a Vermont cult dedicated to studying "The Voice". The narrator is blisteringly funny in chronicling his quest . The author has done a great job of blending mystery with suspense.

Read it For:
It is a fiendishly imaginative comic novel about doubt, faith, and the monsters we carry within us. The book has a touch of supernatural

Don't Read it For:
If you don't care for different ideas involving religion then this book is not for you. The characters are not vivid enough to explain the effect.

What makes this book stand out?:
This novel is a mind rattling literary adventures about sex, race and the eternal struggle between faith and doubt. 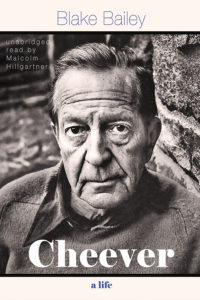 the novel is a biography which focuses on the gaping disparity between the author's proud Yankee social persona and his lifelong inner turmoil. The book presents a man who could have emerged fully constituted from one of his masterful novels or short stories. There are some incongruously informal touches. In the final years of Cheever's life, we saw him accepting to his own nature.

Read it For:
The author gives the reader a thorough picture of the effects of Cheever's drinking and his ambivalent sexual identity that actually reveals a very tortured soul.

Don't Read it For:
The book is a lot to take in.

What makes this book stand out?:
It is one of a kind and most thoroughly researched and revealing biographies. 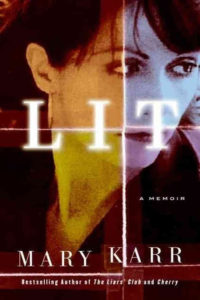 Lit is of Mary Karr's descent into alcoholism and madness and her astonishing resurrection. Karr longs for a solid family which seems secure when she gets married to a handsome, Shakespeare- quoting poet and gives birth to a son, but she cannot seem to forget her apocalyptic past which makes her reach on the brink of suicide.

Read it For:
It is about getting drunk and getting sober, becoming a mother by letting go of a mother, learning to write by learning to live and it is a truly electrifying story of how to grow up.

Don't Read it For:
The story is said to be uninteresting because of lack of empathy.

What makes this book stand out?:
The book is stated as the best book about being a woman in America. It reminds us of how not only compelling personal stories can be but how they can transmute into the highest art. 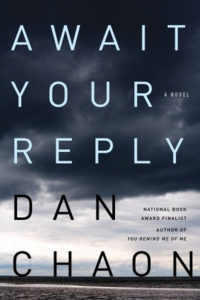 the novel is about the lives of three strangers which interconnect in unforeseen ways and with unexpected consequences which are grippingly and brilliantly written. It is a skilful but slightly creepy plot which makes the reader engrossed into the novel .

Read it For:
The ending is elegant and simple and beautifully told. The novel is very gripping.

Don't Read it For:
The story might seem disconnected as various characters and their situations are introduced to the reader

What makes this book stand out?:
This is a literary masterwork with the momentum of the thriller. It is an unforgettable novel where pasts are invented and reinvented and the future is both seductively uncharted and perilously unmoored.

In Other Rooms, Other Wonders 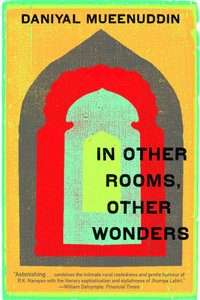 this novel is a major literary debut which explores the class, culture, power, and desire among the ruling and servant class of Pakistan. It is a collection of linked stories  which illuminate place and people through the examination of the entwined lives of land owners and their retainers on the Gurmani family in the countryside, outside of Lahore.

Read it For:
The author invites the reader to a richly human and wondrous experience.

Don't Read it For:
The stories don't follow each other and have no connection.

What makes this book stand out?:
The author portrays at times humorously, at times tragically, the complexities of Pakistan class and culture and presents a vivid picture of a time and place, of the old powers and the new, as the Pakistan feudal orders are undermined and transformed.