2008 has been a wonderful year of fiction and has given us many mesmerizing books. The debuting novels have also exceeded the expectations. Crime, mystery, thriller, suspense and novels of other genre have truly made the readers awe-struck and that’s the reason the below list of books are top 10 books of 2008. 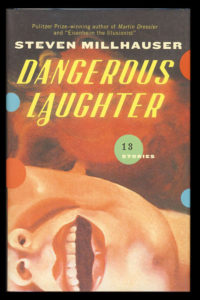 'Dangerous Laughter' is a collection of 13 terrific stories which introduce us to the strange realm. The book presents a typical gallery of an obsessed miniaturist, bookish adolescent boys in thrall to mysterious evanescent girls and reports from a dystopian near future. The societies in thrall to the technological process are brought together under the heading of "Impossible architects".

Read it For:
The stories are creative

Don't Read it For:
The stories are often felt contrived or artificial. The extreme detailing is tiring to read

What makes this book stand out?:
The book stands out because it is a top book and it is a very entertaining collection. There are elements of science fiction and fantasy. 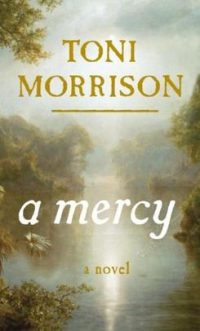 the novel is set in 1680's when slave trade in America is still in its infancy. Jacob Vaark is an Anglo- Dutch trader who takes a small slave girl in part payment for a bad debt. The girl is Florens who can read and write and might be useful to Jacob's farm. She is in search for love, first from Lina, an old woman, then later from a handsome blacksmith, an African who was never enslaved.

Read it For:
It is an ambivalent, disturbing story of a mother and daughter , a mother who casts off her daughter in order to save her and a daughter who may never exorcise that abandonment.

Don't Read it For:
The style and narration are hard to follow.

What makes this book stand out?:
The book stands out because it is the best book and it reveals what lies beneath the surface of slavery.

the novel is based in New York City where it is made phantasmagorical by the events of 9/11. A banker originally from Netherlands finds himself marooned among the strange occupants of the Chelsa Hotel after his English wife and son return to London

Read it For:
The prose in its conscientiousness and beauty, involves the reader utterly in the struggle for meaning that governs any single life.

Don't Read it For:
The plot is uninteresting.

What makes this book stand out?:
The book gives us both a flawlessly drawn picture of a little known New York and a story of a much larger and brilliantly achieved ambition. It also gives us a picture of a complicated relationship between the American dream and the particular dreamers and this is the reason why it is one among the top 10 books. 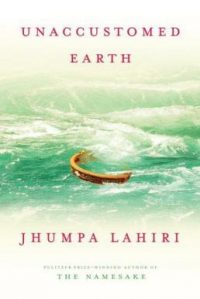 It is a collection of short stories. The short stories comprise of the lives of Bengali American characters and how they deal with the mixed cultural environment. The author takes us to Cambridge and Seattle to India and Thailand, as the characters explore the secrets at the heart of family life.

Read it For:
The collection is about hidden emotions, love, fear, innocence and makes a memorable journey through time, place, situations, circumstances and feelings which is laid out beautifully by the author.

Don't Read it For:
The book is not contemporary.

What makes this book stand out?:
This is a superbly crafted new work of fiction and exquisitely renders the most intricate workings of the heart and mind and is a good book recommendation for any fiction fanatic

Nothing to be frightened of 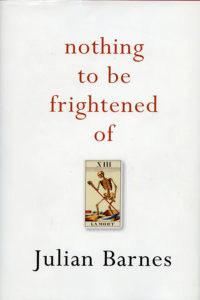 the author gives us a memoir on morality that touches on faith and science and family. The author looks into various arguments for and against and with God. It is written in an autobiographical format and is more of a meditation on morality and the fear of death. The author poses about the most basic fact of life: its inevitable extinction.

Read it For:
It is a lyrical memoir on a delicate subject : death

Don't Read it For:
The ending is a little bit weak

What makes this book stand out?:
The memoir is deadly serious, masterfully playful and surprisingly hilarious. It is a riveting display of how the supremely gifted writer goes about his business and a highly personal tour of the human condition and what will be the final diagnosis. 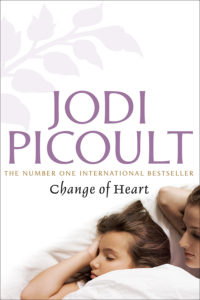 it is a spellbinding tale of a mother's tragic loss and one man's last chance at gaining salvation. June was happy and looking forward to years of laughter and adventure but she instead shares into a future that was empty as her heart. For Shay, life holds no more surprises, but he has one last chance of salvation with June's daughter, Claire

Read it For:
The author has mesmerized and enthralled the readers with the story of redemption, justice and love.

Don't Read it For:
The book is not very captivating.

What makes this book stand out?:
The book stands out because it raises questions like 'Would you give up your vengeance against someone you hate if it meant saving someone you love?' , which has truly made the readers think and is the best book to read. 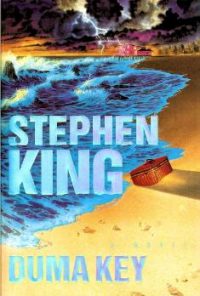 after a crane crashes self-made millionaire Edgar Freemantle's pickup truck and his body, he launches into a new life. His wife has asked for a divorce he attacks her with a plastic knife ( He has lost his rational brain in the accident). He divides his wealth equally and sets off to Duma Key, which is a remote stretch of the Florida coast. He begins to paint and many of his paintings seem to have the power that cannot be controlled.

Read it For:
The book is gripping and has unexpected ending and has a lot of suspense

Don't Read it For:
It is not riveting or a page- turner

What makes this book stand out?:
This book is a multi-layered work of art.

Where Are You Now? 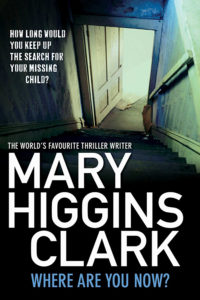 This book is a gripping tale of a young woman trying to unravel the mystery of a family tragedy which is a quest with terrifying repercussions. Carolyn is in pursuit of the truth about her brother Mack's disappearance and as she tries to find answers, a brutal reality is revealed. Many questions are raised i.e. was Mack guilty of the brutal murder if his drama teacher and the theft of his taped sessions with her?

Read it For:
The book is very gripping and has an amazing plot. It is written in multiple point of views

Don't Read it For:
The style of writing is rigid and lifeless

What makes this book stand out?:
The novel is a page-turning mystery that keeps the reader guessing all the way through the novel. 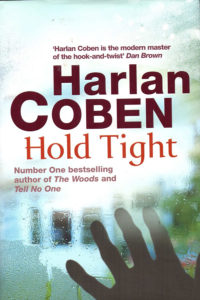 The novel is about Tia and Mike who never imagined that they would become the over protective parents. They spy on their kid Adam by installing a spy program on his computer after the suicide of their child's classmate Spencer, they are jolted by a message from an unknown correspondent address. While Spencer's mom goes through the online memorial, she is struck by a photo and comes to the conclusion that her son was not alone at the time of his death. Adam's mysterious disappearance raises questions.

Read it For:
This is a gripping novel

Don't Read it For:
There are too many characters. The plot line comes together in a rousing and violent finish.

What makes this book stand out?:
The book stands out because it is deeply intricate and one which will keep the reader guessing until the end and it is extremely suspenseful. 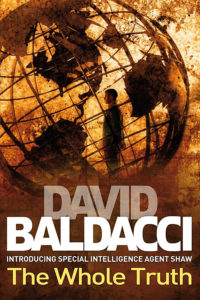 This book is a thriller. Matt is Mathew Pender of Pender Associates which is a shadowy organization that manages to do seemingly impossible situations for its clients. When Matt is asked by the largest defense contractor to manipulate two nations against each other, a shocking and surprising series of events are set in motion which might bring the world to the brink of world war 3.

Read it For:
The novel is a can't- put- it- down and has an interesting plot. The characters are interesting and absorbing.

Don't Read it For:
The book is quite boring in the middle of the plot.

What makes this book stand out?:
This book is an epic thriller with global backdrop and the author delivers all the twists and turns and compelling characters