2007 has been a very mesmerizing and exceptional year for books. All the genres made us awe- struck and the authors have exceeded expectations. Many renowned authors have given us great novels which will stick with us forever.  Below is the list of top 10 books of 2007 which has truly made 2007 a great year. 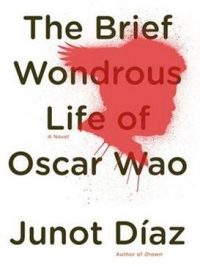 The author Junot Diaz immerses the readers in the tumultuous life of Oscar who is disastrously overweight and lives with his old- world mother and rebellious sister. He dreams of finding love  but will never get so because of Fukœ-the curse that has haunted Oscar's family for generations, dooming them to prison, tragic accidents, and above all, an ill- starred love.

Read it For:
The book has strong characters and they engross you.

Don't Read it For:
The language might be difficult to get used to.

What makes this book stand out?:
The author has given us dazzling energy, humor, and insights into Dominican- American and the human capacity to persevere in the face of heartbreak and loss. It is a true literary triumph and is one of the top 10 books. 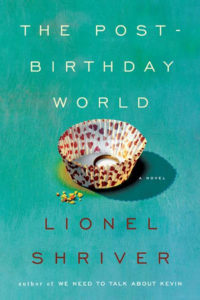 The book has a playful parallel - universe structure. It follows one woman's future as it unfolds under the influence of two drastically different men. Irina is a children's book illustrator and has a settled life in London with her partner Lawrence. But one night Irina finds herself sexually tempted towards another man called Ramsey. The decision to give into temptation will have her consequences for her career etc.

Read it For:
The book is poignant and deeply honest. It is written with subtlety and wit.

Don't Read it For:
The plot is a bit confusing

What makes this book stand out?:
This is an enchanting work of fiction and is among the top books which depict Irina's alternate future. The authors work is memorable and gripping 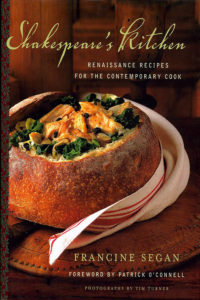 The book consists of 13 interrelated stories which concern the universal longing for friendship and how we achieve new intimacies for ourselves and how slowly, and inexplicably we lose them. Ilka accepts a teaching position in Connecticut and leaves her New York friend circle. After the comedy of her struggle to meet new people, she embraces a new set of acquaintances.

Read it For:
The author, through this book is trying to evoke the subtle drama and humor of the outsider's loneliness, the charm and comfort of familiar companionship, the bliss of being in love and also the strangeness of our behavior in the face of other people's death.

What makes this book stand out?:
The book stands out because it is the best book and it is a magnificent and deeply moving work which marks the long -awaited return of a writer at the height of her powers.

Then we came to the end 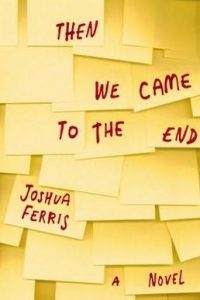 The characters in the novel cope with a business downturn in the time-honored through gossip, secret romance, elaborate pranks and increasing coffee breaks. By day they compete for best office furniture and try to make sense of the mysterious ad-campaign which is their only remaining 'work'.

Read it For:
The novel is hysterically funny

Don't Read it For:
This is a plotless novel.

What makes this book stand out?:
The novel stands out because it is wickedly funny, big- hearted novel about life in the office. It is about what it means to be 'we' in the modern world and what belonging means.

Last night at the Lobster 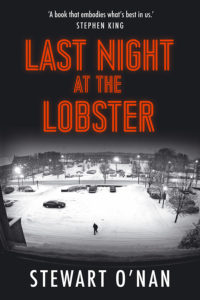 The Red Lobster is in the far corner of a run- down New England mall and hasn't been making its numbers. The manager Manny DeLeon still needs to navigate a tricky last shift. He has to convince his near - mutinous staff to serve the final onslaught of hungry retirees, lunatics, and holiday office parties. Meanwhile, he is wondering how to handle the waitress he's still in love with and his pregnant girlfriend at home.

Read it For:
It is an excellent book and especially to those who have familiarity with restaurant service industry.

Don't Read it For:
The novel's point of view might not match with the reality.

What makes this book stand out?:
The author has crafted a frank and funny yet emotionally resonant tale which is set within a vivid work day world which is seldom seen in contemporary fiction. This book is highly recommended.

The novel is an incredible chronicle of thirty years of Afghan history and  is a deeply moving story of family, faith, friendship and the salvation to be found in love. Mariam and Laila are both brought together jarringly by war. Their bond is more of  sisters and mother- daughter.

Read it For:
The book has a deep, profound, soul awakening message.

Don't Read it For:
The reader might lose interest while reading the middle section of the book.

What makes this book stand out?:
The book stands out because the author shows how a woman's love for her family can move her to shocking and heroic acts of self- sacrifice and the author shows that in the end, it is love or even a memory of love which is the key to survival. This book is one of the best books to read.

Out Stealing Horses: A Novel 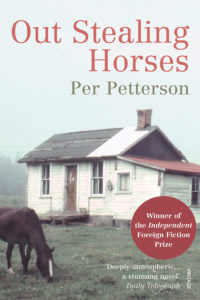 Set in Norway, the novel begins with an ending. Trond has settled into a rustic cabin in an isolated area in order to live the rest of his life with a quiet deliberation. A meeting with his only neighbor  forces him to reflect on that fateful summer.

Read it For:
The novel is synonymous as the landscape with sentences that demands close, attentive reading.

Don't Read it For:
The ending is not that dramatic

What makes this book stand out?:
The book stands out because something dramatic is described in the exact same, laid-back way so that it makes you anticipate what comes next.

Tree of Smoke: A Novel 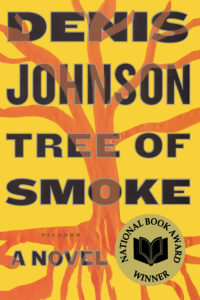 The novel is the story of Skip Sands who is a spy-in-training and is engaged in psychological operations against Vietcong. It is also the story of Houston brothers, Bill and James who drift out of Arizona dessert into war. The time frame of the novel is from 1963 to 1970.

Read it For:
The author has written such an amazing book that by the end wraps around the reader tight as a snake. It opens a window onto a world of mystery, war and intrigue.

Don't Read it For:
The novel is too convoluted.

What makes this book stand out?:
The novel is a gripping, powerful and beautiful work. The story is like nothing in our literature.

The House of Meetings 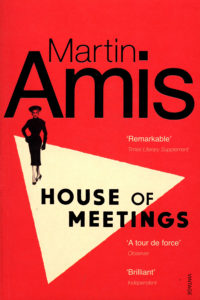 The novel is a lovely story, gothic in timbre, and triangular in shape. Two brothers and a Jewish girl fall into alignment in pogrom- poised Moscow. The conflict arises in a slave-labor camp when the coveted house meeting will haunt the three lovers. The sole survivor, the narrator, reverberations continue in the new country.

Read it For:
The book is beautifully written and is mesmerizing. The prose is sharp, well-observed and precise.

Don't Read it For:
The book is not for a faint heart because some of the scenes are nightmarish. The dialogues are not enough.

What makes this book stand out?:
The book stands out because it is harrowing, endlessly surprising, epic in breadth yet intensely intimate.

No One Belongs Here More Than You 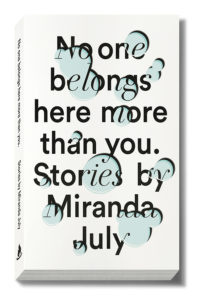 This book is a collection of short stories among which, most are delicate. Some of the short stories in the book i.e. 'Something that needs nothing', 'Birthmark', 'Mon Plaisir' are fabulously weird, lovely and offbeat. Almost every story centers woman in her mid-twenties or mid-forties.

Read it For:
These are delightful stories because they have the element of surprise.

Don't Read it For:
The novel's tone is not interesting and is written in a lecture- style. Some stories in the book are flat.

What makes this book stand out?:
The book is perplexingly good.