2012 was a monumental season for books with the release of long-awaited novels from authors like J.K Rowling, Michael Chabon, Zadie Smith etc. Other writers like Davy Rothbart, Sheila Heti and Gillian Flynn also amazed us with their big-hearted, peculiar, and intimate stories. The overwhelming point is that they took risks and strayed from conventions which gave rise to new horizons. So without any further ado, we recommend you to check top 10 books of 2012. 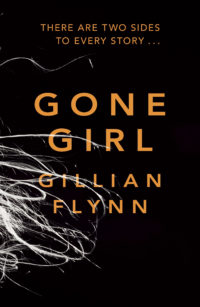 this novel is the thriller of the year and is among the top 10 books of 2012. The plot in the novel is a dark and disturbing story of a wife's sudden disappearance. Clever and beautiful Amy, the wife Nick suddenly disappears on their fifth wedding anniversary. Amy's diary reveals that the alpha-girl could have put anyone dangerously on edge. Nick, on the other hand, is under mounting pressure from the police and media and parades an endless series of deceits, lies and inappropriate behavior, he's definitely bitter but the mystery lies in whether he is the killer or not.

Read it For:
An awe for an ingenious thriller, big twist and suspense. The book is full of texture and detail of forensic and psychology.

Don't Read it For:
If gripping psychological thriller about marriage turned rancid is not your forte, this novel is not to be opted for.

What makes this book stand out?:
The book is pretty gripping and immerses the reader in a mystery and is one of the top books in thriller-crime genre 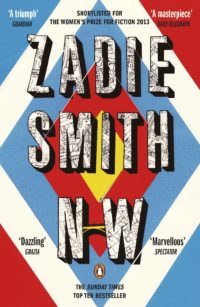 the book NW i.e. North- West London is a brilliant tragicomic novel set in northwest London which follows four locals - Leah, Natalie, Felix, and Nathan. They try to make adult lives outside of their childhood estate. These Londoners inhabit a complicated place where taking the high road can sometimes lead to a dad end. NW is a devastating novel of vital, encounters, and mercurial which synonymists with the city itself and it also depicts the modern urban zone which is familiar to the city dwellers everywhere. It depicts more about class and race in the modern city.

Read it For:
This is the best book to read if you like an unexpected turn of events because in this novel you will never know how things will come together or what will happen next.

Don't Read it For:
If you are looking for an interesting, unexpected plot, this novel is not your cup of tea. It also might not be interesting to those readers who do not dive into the broad concept of race and class in an urban city.

What makes this book stand out?:
The novel is in a powerful favor of equality of opportunity and concentrates on life itself.

Why does the World Exist: An existential detective story 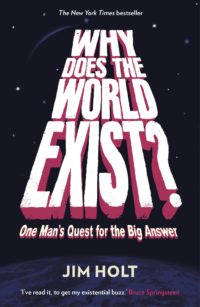 the central question of the book is "Why is there something rather than nothing? and this thought-provoking question lies in the domain between philosophic and scientific cosmology. The author records a quest to answer the question by conducting a series of interviews and questions and adopts the role of a cosmological detective. Some of the people who were interviewed were John Leslie, Derek Parfit, Roger Penrose, Richard Swinburne, etc. Holt also introduces to the reader about the philosophy of mathematics, physics, theology, ontology etc and it is the reason why this book is one among the top 10 books.

Read it For:
If the idea of existentialism and the quest for unexplored questions is your food for thought, this book recommendation is perfect for you.

Don't Read it For:
The book intensively and extensively involves physics, mathematics and existential questions which might not come under the interest of many readers and might not ignite the reader's spirit. The book goes on and on of theoretical assumptions.

What makes this book stand out?:
Jim Holt has remarkably portrayed the best book in a manner which allows his readers to give a glimpse into our own lives. It gives the readers a moment to think about the macrocosm and microcosm of life.

Bring up the Bodies 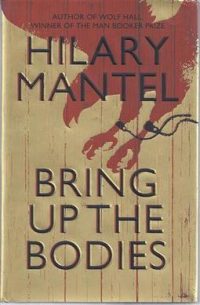 this is a historical novel and sequel to Hilary Mantel's award-winning Wolf Hall. Henry is disenchanted with his wife Anne Boleyn, though he battled for seven years to marry her. At a word from Henry, Thomas Cromwell is ready to bring her down. Anne finds herself in a web of conspiracies but she and her powerful family will not yield without a ferocious struggle. The novel follows up with the dramatic trial of the queen and to defeat her, Cromwell must ally with her natural enemies and the question is at what price will he pay for Anne's head.

Read it For:
If you have a knack for reading historical novels, it's the best book to read. Mantel opted for standard English and the present-tense narration keeps the reader along with Cromwell as the story unfolds.

Don't Read it For:
The novel lacks the shocking freshness which was present in the first book. The novel does not make any concession to the disorientated.

What makes this book stand out?:
The historic aura of the novel makes us reminiscence about the other historical novels of famous authors like Shakespeare etc. 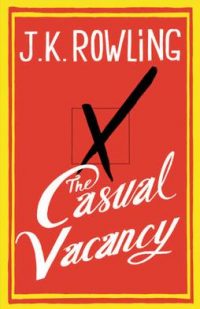 the major theme of the novel revolves around politics, class, social issues like prostitution, rape and drugs. The novel starts with the death of a Parish Councillor but the real problems start when those who are running for the place of the Councillor find the darkest secrets revealed on the Parish Council online forum which results in ruining the campaign and leaving the election in turmoil.

Read it For:
It is a solid and traditional English novel which has interlocking plots. It immerses the reader into a densely imagined world.

Don't Read it For:
The novel leaves a sense of disappointment because it is the prisoner of conventions. The plot is predictable and the final lurch into a melodrama

What makes this book stand out?:
The book stands out for it's ambitious, brilliant, profane, funny and magnificently eloquent novel of contemporary England which is rich with literary intelligence. 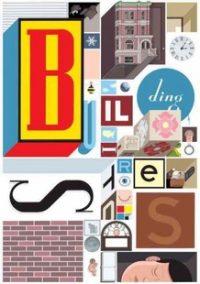 the graphic novel is of inhabitants of a three-story Chicago apartment building: a 30- something woman who is yet to find her partner, a couple who can barely acknowledge each others company, an elderly woman who is the landlady of the building and has lived alone for decades. The book has no deliberate beginning or end.

Read it For:
It is a graphic novel i.e. a physical object printed on a wood pulp, containing 14 different booklets. The author has built a whole microcosm in the box.

Don't Read it For:
The material in the box needs to be placed together and cannot be simply read like a simple book.

What makes this book stand out?:
Comic artist Chris Ware has taken the medium to new heights and fresh audiences because of the graphic novel. The box comes with 14 different books, pamphlets, posters etc which when pieced together gives a multi-dimensional story.

Behind the Beautiful Forevers: Life, Death, and Hope in a Mumbai Undercity 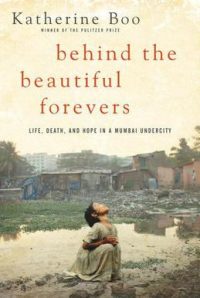 the book describes the present-day slum of Mumbai, India which is named Annawadi. The novel follows up the interconnected lives of several residents which includes a young trash picker, a female 'slumlord', and a college student. It is a landmark work of narrative nonfiction which portrays dramatic and heartbreaking stories of families striving for a better life in an unequal world.

Read it For:
The book describes the present-day slum of Mumbai, India which is named Annawadi. The novel follows up the interconnected lives of several residents which includes a young trash picker, a female 'slumlord', and a college student. It is a landmark work of narrative nonfiction which portrays dramatic and heartbreaking stories of families striving for a better life in an unequal world.

Don't Read it For:
The reader will know about the twenty-first century hidden world's and also into the lives of people which are impossible to forget.

What makes this book stand out?:
The novel is flooded with scavenging kids, quarrelsome families and corrupt officials which makes the book too crowded.

Far from the Tree: Parents, Children, and the search for Identity 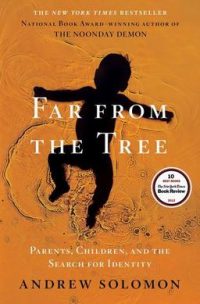 this novel is a masterpiece that will question our policies, rattle our prejudices, and inspire our understanding of the relationship between illness and identity. It will also deepen our gratitude for the herculean reach of parental love.

Read it For:
This is a compassionate book about what it means to be a parent.

Don't Read it For:
It is a very emotional novel.

What makes this book stand out?:
The book contains a spark of real surprise. It leaves you with a strong conviction that life is fragile and unknowable.

House of Stone: A Memoir of Home, Family, and a Lost Middle East 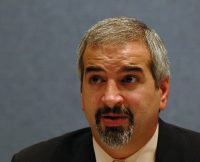 the memoir is of a battle-scarred home and a war correspondent's jolted spirit. It showcases anyone who wishes to understand the agonies and hopes of the middle east

Read it For:
This memoir gives a broader perspective of the middle east

Don't Read it For:
The book lacks chronological format and had less connected episodes.

What makes this book stand out?:
It stands out because House of Stone is an unforgettable mediation on war, exile, rebirth and the yearn for home

A Hologram for the King 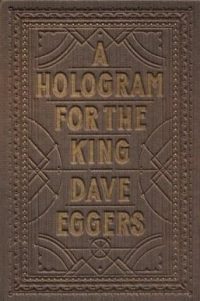 the author takes us around the world and shows that how one man fights to hold himself and his splintering family together in the face of the global economy's gale- force winds.

Read it For:
The novel is a powerful evocation of our contemporary movement.

Don't Read it For:
It is more inclined into melancholy and struggle.

What makes this book stand out?:
The writer goes wiser and deeper and evolves in telling his stories.