Ryotaro Shiba was a Japanese author best known for his series of books based on historical events of Japan and the rest of North-east Asian areas and also their rich oriental culture, traditions, and stories of the legends. The relationship the Land of the Rising Sun has with the rest of the world – socially, politically and culturally occurred time and again in the Ryotaro Shiba popular novels. 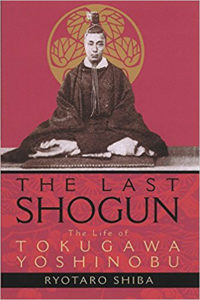 As Tokugawa Yoshinobu, the last shogun of Tokugawa Shogunate returns to save his dynasty from toppling, a series of reforms and changes usher over Japan – from military reforms to extended foreign ties to administrative changes. But these steps towards development are not embraced by groups of pro-imperial interests, and thus the Boshin Civil War begins – where after a bloody fight, Tokugawa yields to stop the pointless bloodshed and retreats to life or recluse as Meiji restoration takes over Japan.

Read it For:
An excellent portrayal of one of Japan’s most glorious yet disturbed periods in history.

Don't Read it For:
Most of the readers outside Japan will probably not be able to relate or connect to the stories unless someone has studied their culture and tradition closely.

What makes this book stand out?:
Epic scale narrative and historical commemorations are the highlights of this Ryotaro Shiba bestseller.

With the famous Ming dynasty falling and Tokugawas rising and the Jurchens causing trouble north of the great wall, things in Japan are changing fast. A Jurchen princess and her samurai ninja bodyguard get caught up among all this and remain witness to some of Japan’s biggest changes.

Read it For:
A tale of seventeenth-century Japan, this Ryotaro Shiba book is written on the backdrop of one of the biggest changes Japan and north-east Asia has witnessed in its history.

Don't Read it For:
If historical novels are not really your cup of tea for a good read.

What makes this book stand out?:
The sheer magnificence of the plot and the extensive timeline over which it stretches.

Clouds Above The Hill 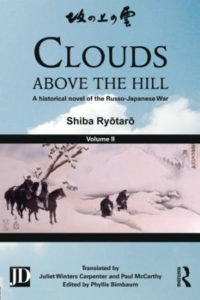 Set in the Meiji regime, the story revolves around three characters and their friends as they go through their lives from the First Sino-Japanese War way up to the Russo-Japanese War.

Read it For:
Another true-blue account of Japanese history told from the perspective of the then residents of the country.

Don't Read it For:
It is full of too much historical warfare and less amount of fiction.

What makes this book stand out?:
Giving a clear picture of what Japanese life used to be in the war-ridden 1800s-1900s.

Drunk as a Lord 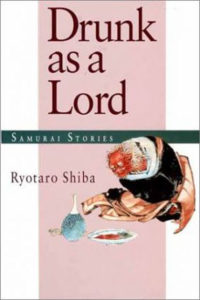 Drunk as a Lord is the story of poet-turned-daimyo who is loyal to the emperor, apparently, but is voluntarily indebted for life to the Tokugawa dynasty.

Read it For:
The hesitance of the poet in choosing a side and deciding his fate.

Don't Read it For:
Not as epic or does not have great religious backdrops like the other books.

What makes this book stand out?:
Portraying the cultural side of Japan in a story of truth and lies.