Janet Anne Haradon Dailey, nee Janet Anne Haradon, was an American author who authored several romance novels under her pen name, Janet Dailey. She was also an entrepreneur and had had her novels translated into 19 languages, and sold over 300 million copies.

Born in 1944 in Iowa, Dailey has written around 90 novels, of which 21 have made it into the New York Times Bestseller List. Dailey started writing novels when she and her husband. Bill, set out across the United States. The tour inspired her to write the “Americana” series, which is set in every state of the American Union.

In 1974, she became the first American author to get their work published by Harlequin [publishers]. The first of the Janet Dailey books was titled ‘No Quarter Asked.’

On 14th December, Dailey passed away in her home in Branson, Missouri. 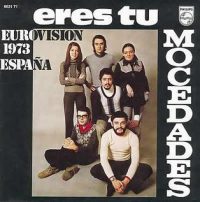 This novel, published in 1979, became her first work to break into the New York Best Seller List. The book is about Sheila, a spoilt girl, who yearns for the passion of a man way out of her reach. He is an outlaw and a mystery who is, yet, adored by his followers. He wants a fortune of gold, but all she wants is him.

Read it For:
It is romantic, and also a suspense thriller. Unexpected twists and turns await the reader on every page. What is obvious on a page is a hundred and eighty degrees from what a few pages ahead portrays.

Don't Read it For:
The story is heavily paced. But, the twists and turns turn out to be a tad too tiring. If you were born for bamboozling surprises, this would not probably bother you.

What makes this book stand out?:
This is the first among the Janet Dailey, best sellers. The story is gripping, and Dailey shows that Janet Dailey popular novels have the potential to be among the top books in the genre. 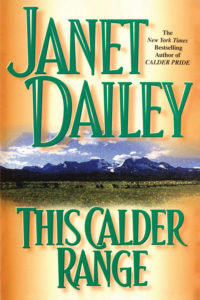 This book is often shelved as a western and historical romance by her fans and readers. Chase Benteen Calder is the protagonist and the titular Calder in the first installment of the Calder Saga. Calder is bound to extort riches from Montana. With Lorna on his side, all his dreams would wake up to life. Through treacherous landscapes, Calder and Lorna forge their way into Montana to harvest their fortune.

Read it For:
The western take on the romance scenario is fresh and quite not encountered historically. The first part of the series is also set differently and might entice you to take the entire series head-on before moving away to other authors.

Don't Read it For:
The book lacks proper depth. Characters don’t develop as one might expect them to. If you don’t intend to read it as a critic and are a casual reader yourself, this might just be the one you haven’t come across yet.

What makes this book stand out?:
The setting of the book is quite compelling. While you would be certain, this is a western and are on edge expecting a “Howdy,” you would be hit [softly] on your face with contemporary romance. This, according to many, may well be the best Janet Dailey book. 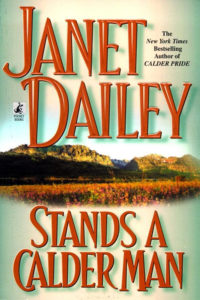 This is the second installment in the Calder Saga. Chase Calder, who was en route to laying his hands on a massive fortune, now has a son. He is disappointed in his lack of ambition until a herd of alien intruders provokes him to action. But, things get out of hand as Calder Jr. falls in love with one of the newcomers.

Read it For:
The book resumes the enchantment of its predecessor. Still being a western, the second book catches one by surprise with the amount of development Dailey has put in.

Don't Read it For:
If you were just not that into the first book, neither this is probably one for you. The plot develops depth-first into a really positive direction. But, may still, not be everyone’s cup of tea.

What makes this book stand out?:
This is arguably the best Janet Dailey book. Dailey shows an immense amount of maturity by leading the plot right into the hands of the readers. By being a light admirer of the genre, you will be driven into a sweet spot. 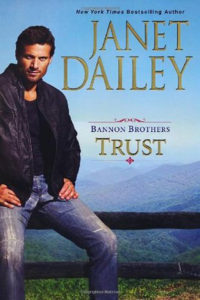 In this first part of the Bannon Brothers, Dailey introduces us to three powerful brothers. One of them, RJ Bannon, is a police officer and is reluctant to take up cold cases. But Ann Montgomery’s two million abduction is too hot to be left alone.

Read it For:
Although the book is a romance, Dailey’s readers have shelved this rightly as a thriller. This is quite engaging, which is pretty hard to find in books of a similar genre.

Don't Read it For:
If you want to stay away from cheesy works, this would be a no-entry-zone. Although it is tastefully written, you might find it quite corny, given the plotline.

What makes this book stand out?:
This book is one of top Janet Dailey best sellers. Large proportions of the readers have admittedly loved the setting and plot that the story offers. 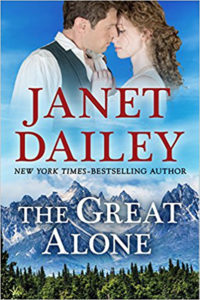 The Tarakanov family has lived in Alaska for two hundred years and through seven generations. In the 18th Century, she was forced to choose between her beloved and the Aleut tribe

Read it For:
If you're looking for a long story about generations of a family in Alaska, with lots of history thrown in, this may be the one for you. The book is also historically accurate for most parts.

Don't Read it For:
If you are looking for something that would thrill you or find you solace even with an exhausted mind, you can choose to avoid this

What makes this book stand out?:
This piece of work is romance clubbed with historical fiction. So, along with your dose of “your stuff,” you get to learn about some awe-inspiring events with zero additional effort. 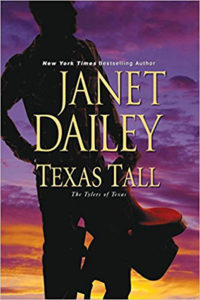 This is the story narrated from the perspective of both the protagonists, who are a separated couple. Each is drawn subconsciously to the other, find each other attractive and strives to protect the other

Read it For:
It is a classic romance, with no strings attached. The book is filled with feel-good feels and spreads warmth throughout the body. With some trouble lurking around, their once existing love is put to the test.

Don't Read it For:
The plot is a little cliched. With numerous romance works out there with a largely similar tone, this won’t probably stand out that much.

What makes this book stand out?:
After series of mind-exercising books, if you decide to sit out on a book, this is the dope to hang out with. With a straightforward plot, you will be put into ease and yet enjoy the Dailey for what it is. 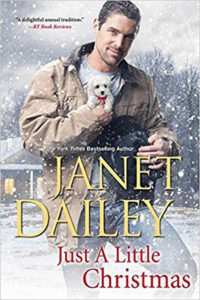 This is the third book in the Cowboy Christmas series. The story is about two people, on from each sex, estranged from their spouses and looking for warmth and comfort for both their’s and their children’s sake.

Read it For:
It is a classic. Set around the Christmas, the book is filled with holiday merriment. The love set among two long last friends is the only thing you will need to embrace the warmth in the snowy fun and frolic

Don't Read it For:
The characters come off as a little whiny. Despite being around the season for Christmas and Thanksgiving, the protagonists have almost nothing to thank for.

What makes this book stand out?:
Right from the book cover to the plot outline, nothing else puts you on a reading spree better. With comfort echoing right from outside the book, there is nothing that may harm or disappoint you, once that you have begun the journey. Other than a few argumentative flaws, the book is a top contender for the best Janet Dailey book. 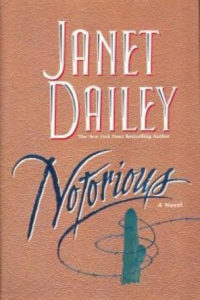 Eden and Kincade fall in love when Eden narrowly beats a murder charge and struggles with looking after her ranch from threatening neighbors. The book gained infamy when Nora Roberts called plagiarism on it with her own ‘Sweet Revenge.' Sifting through the accusations and allegations, the book found hands of Dailey’s admirers

Read it For:
If you are a fan of classic positive stereotypes about men being super strong and protecting their women and their interests.

Don't Read it For:
If you are dead against plagiarism, and believe that an idea is a heavily guarded intellectual property, and must not be derived from, you will despise the book.

What makes this book stand out?:
The book is studded with classic romantic elements and murder. Feel-good elements are sprinkled in tastefully. Might not be the best Janet Dailey book, thanks to the suing, but is definitely, a Janet Dailey, best seller. 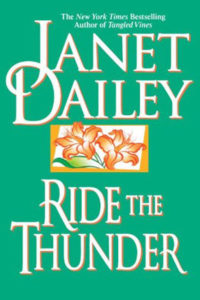 Jordanna Smith is the daughter of an extremely wealthy banker who is a glamorous socialite and a hunter of the big game at her father’s side. But one fairy tale night, a rugged stranger instills a desire she had never known before. But there is a secret that has already claimed her father. Will Jordanna be able to save her newfound love from it?

Don't Read it For:
The book is quite slow paced and uneventful, for what it’s worth. Cliche meets cliche might ruin the fun you find in the genre.

What makes this book stand out?:
With an incredible forethought in the early 70s, the book is ahead of its time, and yet carefully brings out what you have known in your hearts ascertain the truth.

To Santa With Love 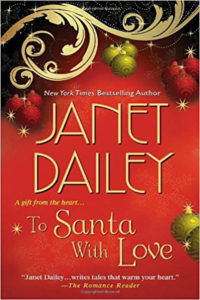 The holidays are almost here, and Jacquie Grey is too off the hook while planning to the west to start out afresh. She goes in solo on her road trip until her brush with rancher Choya in Arizona.

Read it For:
The prose is simple, straightforward and even suitable for children. Simplicity is the best cloak, and Dailey appears to have immersed the book in the cloak.

Don't Read it For:
After quite a while, the back and forth interactions between the main character and the rancher becomes a little cumbersome, and did-not-finish worthy of a significant proportion of the readers.

What makes this book stand out?:
Dailey has not put in every inch of her grey matter, but the emotions soar pretty high. If feel-good is what you seek, you have got yourself dealt off a night’s sleep