Jackie Collins was an English romance novelist, whose books have been translated into several languages including French, German and others. Jackie Collins best sellers chronicle the lives of the rich and famous form Hollywood like no other author can. She takes extraordinary characters and spins believable stories with them. She believed that the real world is much stranger than the fictitious one she creates 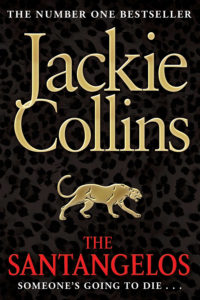 Lucky indeed has a lot to handle. From a coke-addict actress to a club owner to a revengeful enemy to her young daughter, she sure has to handle them all

Read it For:
Author’s unique and interesting style of writing.

Don't Read it For:
Slightly long.

What makes this book stand out?:
An entertaining read with lots of twists and turns.

Confessions Of A Wild Child 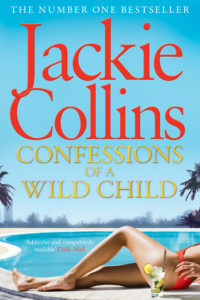 Fifteen-year-old Lucky discovered her mother’s body floating in her swimming pool when she was only five. The story follows the mysterious life of Lucky, whose teenage years are filled with unforeseen drama and revelations that would shock everyone reading it

Read it For:
Clears up some questions pertaining the Lucky series.

Don't Read it For:
Element of surprise missing.

What makes this book stand out?:
The Strong lead female character makes this one a Jackie Collins best book. 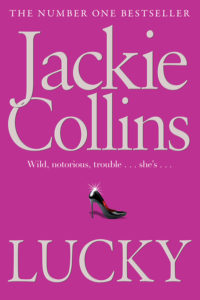 Jackie Collins’s most beloved character, Lucky is all the more powerful and strong in this classic novel titled,” Lucky .“ She's a gambler and a lover. She's wild, savvy, and proud. Most of Jackie Collins popular novels chronicle the life of Lucky, her friends, and family.

Read it For:
Lots of twists and turns to keep you hooked.

Don't Read it For:
The story drags in the middle

What makes this book stand out?:
A great introduction to the books of Jackie Collins. 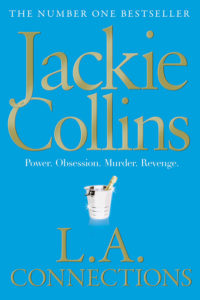 The land of glamour, glory, and fame is not what it seems like and to unravel and discover that part of the world; you got to read this book. With hundreds of secrets buried in the glamorous world of Hollywood, one would definitely not know what’s right and what’s wrong.  After reading this book, you sure are going to discover the rules of survival in this city of dreamers and deceivers.

Read it For:
A thrilling read.

Don't Read it For:
If not a fan of murder mysteries.

What makes this book stand out?:
Collins’s style of writing which keeps it fun and interesting. 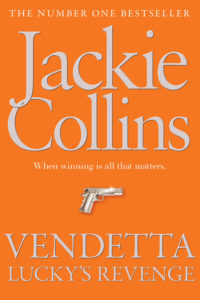 Lucky Santangelo, Jackie Collins’s beloved heroine of all is back with her crazy and mysterious life that will leave everyone wondering. Her beauty, charm, and wit are incomparable, which is evident in this book, where her life’s most perilous situations are revealed, making her even more vulnerable

Read it For:
Great quick read

Don't Read it For:
Back stories not explained in detail.

What makes this book stand out?:
The book makes you ask for more, making it one of Jackie Collins best books. 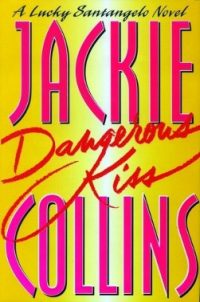 She's the seductively beautiful, street-smart survivor who fought for fame and power in Hollywood. But all that she wants now is revenge and that too from a killer, who brutally murdered one of her family members. Lucky is devastated and equally angry with the person, who killed her family member and now she’s ready to do whatever it takes to take revenge on that person. But, while she does all this, her beautiful relationship with her husband, Lennie Golden, hits rock bottom, making her feel all alone and completely secluded. Difficulties in her life never quite seem to cease with the entry of a mysterious man, who comes in her life all of a sudden, creating more problems for her and her husband.

Read it For:
Beautifully described characters.

Don't Read it For:
Backstories are tedious

What makes this book stand out?:
Jam-packed with romance and drama.

In this installment Lucky is out to conquer Hollywood.  She is all set to conquer the one studio that has not been controlled by giant conglomerates, which is Panther Studios, owned by the retired, irascible, old Abe Panther. But Abe won't sell his beloved studio to Lucky until she proves she has what it takes to make it in Hollywood. This is followed by her stunning the entire industry by making unexpected decisions that shock not only peers but also her husband, Lennie, whom she once loved dearly.

Read it For:
Great characters with several characters from previous books making an appearance.

What makes this book stand out?:
Great characters with a strong storyline. 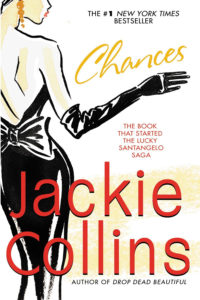 The book follows the inspiring journey of Gino Santangelo and his daughter, Lucky whom he loves dearly. Gino Santangelo’s fame and glory sure have spread across, which includes his crazy and million-dollar adventures in Las Vegas, where he constructed one of the most prized hotels of all, defining his power and worth in the city

Read it For:
This book has all the elements to make it entertaining and is a great introduction to Jackie Collins books.

Don't Read it For:
Might be too long for some readers.

What makes this book stand out?:
A highly intriguing story that will never feel boring at any point in time. Also, the usage of realistic dialogues makes the story even more interesting to read. 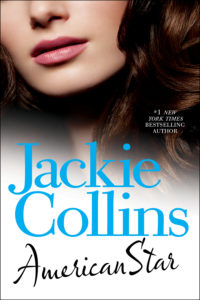 Nick and Lauren are madly in love with each other, determined to stay together for the longest time possible. Their love story being the most beautiful and romantic one, sees a tragic end, when both of them go in their separate paths, leaving their love story incomplete. But, will they be able to live without each other? Or, will they come back and live happily ever after?

Read it For:
Lots of character which add depth to the story.

Don't Read it For:
The ending is a bit rushed.

What makes this book stand out?:
This book has the perfect blend of suspense and romance making it one of the top 10 books by Jackie Collins. 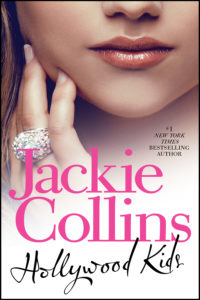 Born with privilege, these Hollywood kids have it all and search for love, until one day when everything changes.

Read it For:
A fun read.

Don't Read it For:
The book occasionally slows down in pace.

What makes this book stand out?:
An entertaining storyline.