English authoress Enid Blyton redefined children’s writing way back in 1930, and ever since her books have been some of the biggest bestsellers all around the world. Creator of the globally loved Famous Five, children grew up reading her books and exploring and discovering new worlds of mystery and adventure in them.

Five go off in a Caravan 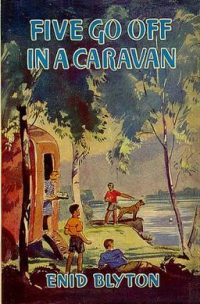 The five friends from the Famous Five series go on a caravan trip this time, spending their holidays having fun along the countryside when they come across a troupe of circus people with exciting talents. But they might be having some more sinister and crooked plans than making a tent of people laugh.

Read it For:
The famous five have always been at their best in and around their summer refuge of Kirrin Farm, but this time adventure calls for them far away from home.

Don't Read it For:
None of the Enid Blyton books give you any reason to not read them.

What makes this book stand out?:
How the grit and wit of the five save them yet again from a scary situation. 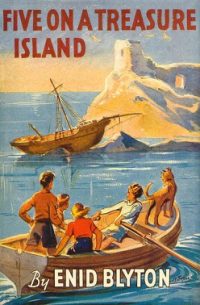 An all-time candidate for top 10 books of Enid Blyton, we have the famous five here looking for long-lost treasure on a shipwreck off the Kirrin island. But they are not the only ones on the trail!

Read it For:
The first book of the legendary series, this one introduces us to the iconic five – Julian, Dick, Anne and their tomboyish cousin Georgina aka George and her beloved pet dog, Timothy aka Timmy.

Don't Read it For:
If you don’t like books at all, then don’t read it.

What makes this book stand out?:
Bringing to the world a whole new dimension of children’s adventure stories where they were treated as mature individuals.

Come to the Circus 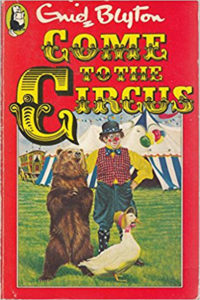 Fenella has to go and live with Uncle Eursie who looks after animals, especially bears in a circus and the girl has to fight her fear of wild animals and strangers and befriend everyone in the troupe if she has to survive there.

Read it For:
Being a different taste of Enid Blyton, rather a feel-good one which differs from her usual adventure stories.

Don't Read it For:
It might be too childish for you if you are a grownup, but perfect for your little children or niece/nephew.

What makes this book stand out?:
Bringing a lovely twist to the usual children stories revolving around animals

Five on a Hike together 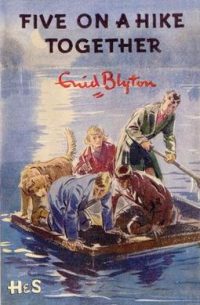 Voted as Enid Blyton best book by many fans, this book has the five ending up in spooky farmhouses, coming head to head with light signals and coded messages and up against an escaped convict.

Read it For:
The five go all out in this one with potential criminals and a race against time.

Don't Read it For:
If you are not hooked on the series, jumping to the tenth one makes no sense.

What makes this book stand out?:
Being an all-time Enid Blyton classic, brimming with dangerous consequences for the young protagonists. 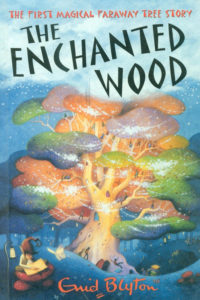 Joe, Bessie, and Fanny find a strange tree or an enchanted wood at their doorstep which grows a number of fruits and nuts together and is home to magical creatures like Moon Face, Angry Pixie, Silky the Fairy, the Saucepan Man. The tree leads the children to different lands – the roundabout land, the land of ice and snow, the land of take-what-you-want and many more.

Read it For:
A completely Fairland-ish scenario created by the writer, this book is one of Enid Blyton bestseller outside the Famous Five books.

Don't Read it For:
It is stuffed with fantasy creatures and lands. So if fantasy is not really your genre, stay away.

What makes this book stand out?:
Being the first book of the beautiful The Faraway Tree series of Enid Blyton.

Five go down to the Sea 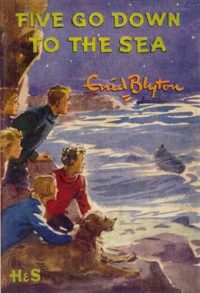 The five have gathered in their holiday abode at their cousin George’s, but something sinister is going in the faraway Kirrin Island, as someone is flashing lights from the old abandoned tower.

Read it For:
Yet another regular Famous Five story – the 12th in the series, but the twists keep getting better with every book.

Don't Read it For:
If kid’s going on adventures while you sit at home reading about it does not make you feel good.

What makes this book stand out?:
Adding that extra punch of suspense with the nail-biting climax as the five of them unravel a long-hidden truth that changes everything.

The Naughtiest Girl in the School 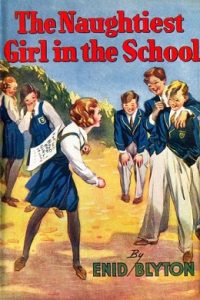 When Elizabeth Allen is sent away by her parents to boarding school Whyteleafe, she decides to be her naughtiest self to be expelled. But in the progressive environment of the school, it is not that easy to be bad, and even more difficult to let go.

Read it For:
Enid Blyton takes her writing a notch up by peering into the mind of a growing child and portray the emotions he or she goes through in school.

Don't Read it For:
If it troubles you to think that kids can be taught and made to correct their mistakes without scaring them with dire consequences.

What makes this book stand out?:
Being Enid Blyton’s take on a rather singular point of view of narrative than a group’s, which was usually her norm. 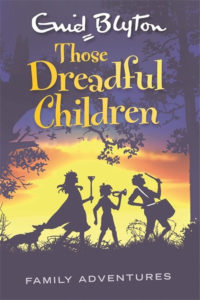 The Carlton family has raised their children John, Margery, and Annette as polite, soft-spoken and peace-loving children. But when the Taggerty family moves in next door, their kids are brash, fierce and rude to all.

Read it For:
A morally enriching yet fun storyline.

Don't Read it For:
If children being harsh in a children’s book is not a very comfortable idea for you.

What makes this book stand out?:
Being a tumultuous journey through troubles and problems and their simple and complex solutions with love and togetherness. 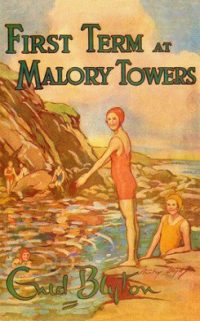 Darrell Rivers is sent to a high school called Malory Towers, and she carries her tennis racket and pocket money to the school but no lid for her temper. There she makes new friends and goes through the highs and lows of high school.

Read it For:
Enid Blyton’s portrayal of how high school drama looked like back then.

Don't Read it For:
If a bunch of girls with high school problems is not what you want to read.

What makes this book stand out?:
Shifting away from adventures and landing in the realistic world of high school.

The Mystery of the Burnt Cottage 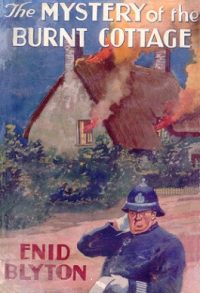 When Hick’s cottage is set on fire, the five find outers must follow the most trivia of clues to reveal who the culprit is.

Read it For:
Another famous five-like series, but crime replaces mystery at the core of the stories.

Don't Read it For:
If you like Famous Five too much to not read anything else resembling it.

What makes this book stand out?:
For being the first book of yet another successful series by the great writer.