Ayn Rand, a great novelist, and writer in the mid-1900s was popularly known for her idea of a philosophical system which she named as Objectivism. Her popular novels and non-fiction books were a reflection of her Idea and her beliefs of life’s moral purpose to be one’s pursuit of self-happiness. Below are the top eleven books by Ayn Rand 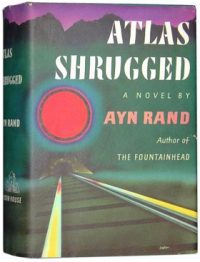 Atlas Shrugged is a 1957 novel which stands first in the order of best Ayn Rand books. It is one of the Ayn Rand bestsellers and is considered to be her Masterpiece or magnum-opus and is one of her best books in fiction writing. The book is set in a dystopian United States where laws and regulations are continuously impairing industries of their business. The book leads to project an idea of a capitalist society whose foundation are reason and individuality.

Read it For:
The book has a taste of revolutionary ideas of rational-egoism and objectivism. As the story progresses, the book projects Ideas and importance of individuality and capitalism, making it an Ayn Rand bestseller.

Don't Read it For:
The book is sometimes overly descriptive, and Ayn Rand flows out with the words. If you are a person with a love for words and description, this is the book for you.

What makes this book stand out?:
Being a Ayn Rand Bestseller, the book portrays her ideas with intense glory, and her writing of fiction makes it lovable for reading. 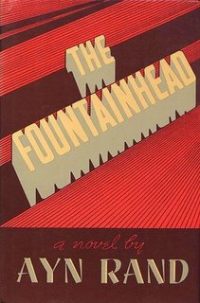 The Fountainhead, a 1943 Ayn Rand popular novel, became a literary success after the success of her later book Atlas Shrugged. The book presents the idea of the need of creativity and one’s own life goals.

Read it For:
The book is a Ayn Rand Book contains its perfect hint of out-of-the-box thinking and mutiny against the common idea of the world to follow pre-set rules.

Don't Read it For:
The book emphasizes on the negatives of the society so much that it forgets the good in it but it mostly depicts the realistic behavior of the nation.

What makes this book stand out?:
The Fountainhead is an artwork filled with an urge to know the importance of your creation and innovation. 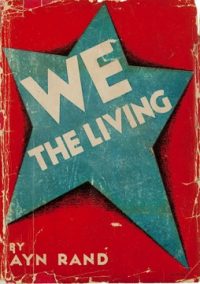 The first published Ayn Rand Book, We the living is a story of an individual struggling against the Soviet state of Russia. The book is seen to be an autobiography of the writer and thus makes it to the Top ten books by Ayn Rand.

Read it For:
The book unveils life and Ideas of Ayn Rand and her books and helps to better understand her inspiration for her philosophy of Objectivism.

What makes this book stand out?:
The book is an autobiography of Ayn Rand thus, stands out from its league and is a must-read. 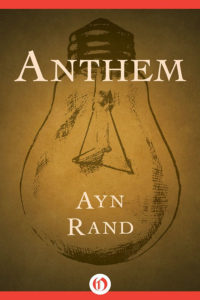 Though written in 1937, the book was published in 1938 in England and was the second book by Ayn Rand. The book presents the Idea of Ego in one’s self and the idea of collectivism destroying the liberty of an individual.

Read it For:
The book provokes those without an Idea of individuality and sprouts the idea of liberty against collectivism. The book gives us a broader Idea of Rand’s motive of Objectivism.

Don't Read it For:
Ayn Rand’s book Anthem was her first step to objectivism and thus is not fully furnished. The book is a masterpiece on its own.

What makes this book stand out?:
The book presents the Idea of distant future of collectivism destroying the functioning of the world if we are not careful.

The virtue of selfishness 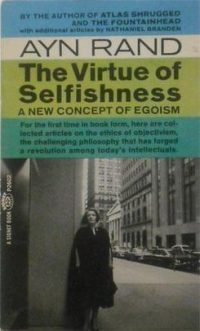 After her success in fiction, Ayn Rand wrote non-fiction books to promote her Idea of Objectivism to the world with a broader Idea to emphasize on self. The book consists of revolutionary essays which she often presented through monologues in her book.

Read it For:
The book is written to differentiate between the idea liberty of the individual and the collectivism’s hindrance to it.

Don't Read it For:
The book may present a few ideas which might be revolting for a few and may be considered as unrealistic to others. The book presents biased ideas of Ayn Rand towards the society.

What makes this book stand out?:
The book presents a moral angle to the Idea of self-importance and center core which makes it to Top ten books by Ayn Rand and a must read. 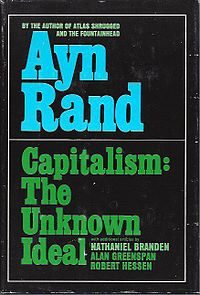 The book is a collection of essays by Ayn Rand, published in 1966 is the writer’s approach to the world of capitalism and the role of individual rights in the modern world and the failing mixed economy.

Read it For:
The book opens with the introduction to Capitalism and concludes with rights of man and nature of government which sums up the modern day capitalistic world and is beneficial to anyone wanting to learn more of it

Don't Read it For:
Some people may understand capitalism to be a system of exploitation. Rand openly challenges this notion in the book and thus can be disliked by those who think otherwise.

What makes this book stand out?:
This book presents an entirely different angle to Capitalism as presented by others which makes it an ace of spades and also one of the Best Books by Ayn Rand.

Philosophy: Who needs it 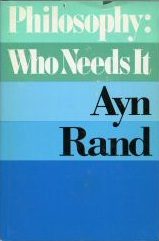 This was the last planned Book by Ayn Rand. The book lightens minds with essays which clear the misconception we have on things that dominate us. The book is a gem in philosophy and challenges humans to think of it as guiding model to live life in a more fundamental way of living.

Read it For:
Ayn Rand Books are popularly known for her impressive artwork to express elaborately. The book the true meaning of philosophy making it a must-read for any Ayn Rand fan.

Don't Read it For:
The book is not laid out systematically to present the concept and is unable to exposit her philosophical approach.

What makes this book stand out?:
Combined mostly from her newsletters; this Ayn Rand Book presents an Idea of her life and understanding in an elaborate way.

For the new intellectual 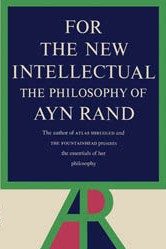 The first non-fiction work by Ayn Rand, for the modern intellectual, is a book which majorly contains excerpts from her other famous novellas, most of them being monologues or speech of protagonists, this book is a foundation to her later non-fiction writings on objectivism and deliberately presents her idea of life and understanding of the present-day world in a sophisticated manner.

Read it For:
The book combines her motive of her various books and presents her Ideas in a more cynical and natural way. The book raises issues which play an important role in our lives and play an essential part of the society.

Don't Read it For:
If one does not have a taste for content which raises a lot of eyebrows, this book is not the one. This book presents keynotes of the society which need our concern.

What makes this book stand out?:
For the new intellectual contains all the prime excerpts from the Best Ayn Rand Books with her essays supporting them to project the original idea makes it enlist in Top ten books by Ayn Rand. 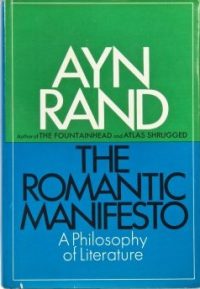 The book contains Ayn Rand’s view over artwork and how an artist cannot create an artwork without involving his/her values, morals and emotions while the audience of the artwork also merely perceives the artwork through a blend of their own values, morals, and emotions. The book is a must-read for an Ayn Rand fan as the book presents natural arguments over art and life.

Read it For:
Essays in the book are an elaborate approach to artwork and its creation. She justifies the book with valid arguments which would surely make you love the book more.

Don't Read it For:
The book presents an argument of Rand’s division of artwork into valid and invalid forms which can be quite challenging for a few.

What makes this book stand out?:
Though the book contains most of the essays from her book The Objectivist, this book is differentiated by her sole contribution to the book unlike her few other works. This book is a pious overview of Rand’s ideology. 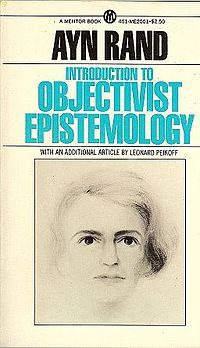 The book covers an insight of a fundamental topic and was one of the best creations by Ayn Rand published in 1979. In the book, Rand opposes the old school teachings of baseless rejection of logic, innovation, and reasoning and advocates her idea of philosophy. The book contains amazingly intelligent work and reasoning of Ayn Rand with an essay by philosophy professor Leonard Peikoff.

Read it For:
The book comes from an objectivistic point of view and presents ideas which contradict the present day system of old-school teachings. Her fascinating concepts and theories make the book a must read Ayn Rand Book.

Don't Read it For:
Being an extremist, Ayn Rand offers no in-between options. You either love her for her theories, or you nullify them head-on. If the other Ayn Rand books don’t make sense to you, this one is most likely to disappoint you.

What makes this book stand out?:
The book presents Rand’s thinking methodology, and her insights and clarity to the problem make it a must-read for everyone.