Man is a social animal, and as such, loves to travel. There are very few people in the world who would say that, should they have the resources, they would not travel and see different parts of the world. Many such people, who get opportunities to travel, often write travel books.

Ancient travelers, who visited other parts of the world, often wrote the best books on travel, which serve as valuable resources of information today.

Some of the top book recommendations today include travel books. This is because travel books teach us invaluable and essential lessons of life. They not only expose people to the various other cultures but also teach them about how to face the challenges of life. Travellers often get caught in sticky situations, and it is all about how they faced and resolved that situation that makes up the core of learning from travel books. Travel books, therefore, are often on the list of the top 10 books of all time. 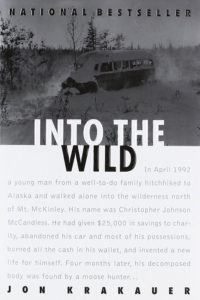 One of the top books of all time, Into The Wild, is the story of a young man named Christopher Johnson McCandless, who hitchhiked to Alaska and walked alone into the wilderness north of Mt. McKinley, in the April of 1992. He gave himself a new name, donated $25,000 to charity, burned all of his cash, tore up his maps and abandoned his car. Four months later, he was found dead. The book is, but a cautionary tale, beautifully written.

Read it For:
The unforgettable story of how the young protagonist came to die, while in search of raw, unfiltered experiences that nature presented him on his trails.

Don't Read it For:
Readers might not agree with the views presented in the book. Some readers are bound to see the angry, young protagonist, not as wild and free but as foolish and a coward.

What makes this book stand out?:
The book highlights the real experiences of life and how one is trapped in the materialistic world. 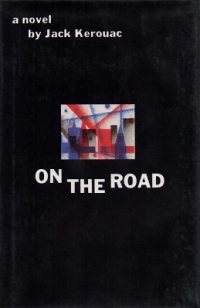 an inspirational work of lasting importance, On The Road, captures the travels of the author and his friend across the continent of North America. A book of longing and freedom, it is one of the top 10 travel books of all time.

Read it For:
Jack Kerouac’s compassion for humanity, his sense of language and his love for America on his quest for knowledge and experience. The book also portrays in the great detail, the American ‘Beat’ movement of the 1950s.

Don't Read it For:
The character development is negligible, and the book repeats and rambles a lot. The author’s view towards the world at large might also come off as pathetically limited and paternalistic.

What makes this book stand out?:
Full of historical evidences and stressing on the lives during the Great Depression, this book inspires you to go on. 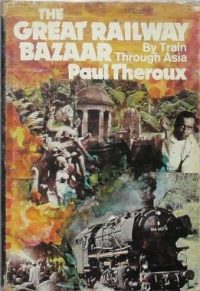 In this book, the author recounts his journey from London to Tokyo and then back to London on some of Asia’s fabled trains like the Orient Express, the Khyber Pass Local, the Frontier Mail, the Golden Arrow to Kuala Lumpur, the Mandalay Express and the Trans-Siberian Express. Definitely one of the top 10 books on travel.

Read it For:
Its strange, unique, and hugely entertaining qualities which make this book a modern classic of travel literature. Peppered with the author’s characteristic humor, it is engrossing and an essential read for everyone interested in travel.

Don't Read it For:
At times, the book complains too much about the facilities provided and lacks the eager sense of adventure and excitement. Some readers might even find it chauvinistic and excruciating.

What makes this book stand out?:
The author’s love for trains and travel through Asia, Europe, and the Middle East. 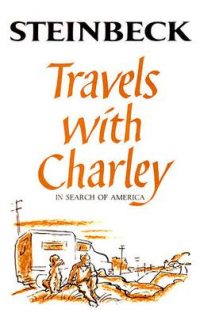 a book about how the author embarks on a journey across America because he is afraid that he might have lost touch with the country, with its speech, the smell of its grass and trees, its color and quality of light and the pulse of its people.

Read it For:
Its intimate look at one of America's most beloved writers in the later years of his life, at his self-portrait of a man and his first-hand experience of the racial tensions in the South.

Don't Read it For:
Some of the experiences described in the book are not completely true. The author never went to some of the places in the book, and he made up people whom he never met.

What makes this book stand out?:
The specific detailing of the journey through the roads and villages and the way nature is connected with its people.

Eat, Pray, Love: One Woman’s search for Everything Across Italy, India, and Indonesia 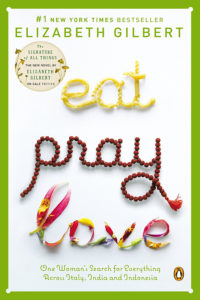 Eat, Pray, Love is the absorbing chronicle of the year the author was struck by a midlife crisis and the decision she made to go on a yearlong solo journey to Indonesia, India, and Italy.

Read it For:
One woman’s irresistible, candid, and eloquent account of her pursuit of worldly pleasure, spiritual devotion. A book that is certain to touch anyone who has ever woken up to the unrelenting need for change

Don't Read it For:
Dragging at times, the book barely reveals any real sense of transformation in the author’s life; often coming across as half-baked and unsophisticated.

What makes this book stand out?:
A woman’s need to break free from the shackles of the regularity of the society and going on a journey of self-exploration.

The Road to Oxiana 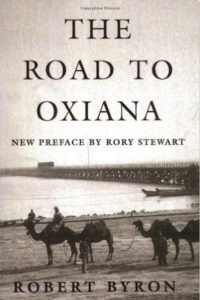 The book traces the journey of the author through the Middle East via Beirut, Jerusalem, Baghdad and Teheran to Oxiana, the country of the Oxus which was the ancient name given to the river Amu Darya, flowing between Afghanistan and the erstwhile Soviet Union.

Read it For:
The thoroughly captivating and zany adventures of the delightfully eccentric author. It should also be read as it is a rare account of the architectural structures of a region that is now inaccessible to western travelers.

Don't Read it For:
The historical account of Iraq, Iran, and Afghanistan might not appeal to the tastes of all readers. The author also does not seem to be very good at observing the actions of his fellow men.

What makes this book stand out?:
The delight and excitement of the author while visiting and experiencing the grandeur of various architectural emanates through the book. 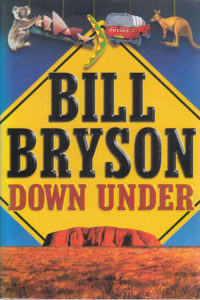 Down Under is an absorbing and informative portrait of Australia, and how its nasty and hostile flora and fauna is strangely ironic to its laid back and relaxed natives.

Read it For:
a travelogue that is as cynical as it is affectionate, written in a style which is unique and well suited for the world's weirder destinations.

Don't Read it For:
The almost total dismissal of the Aboriginal nation, based on second-hand information.

What makes this book stand out?:
This one is a quick read, with a lot of wit and humour from the author.

A Short Walk in the Hindu Kush 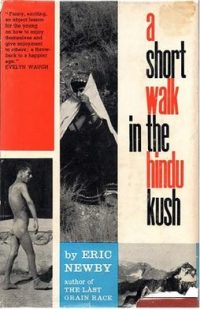 The book talks about Newby’s explorations of the terrifying peaks of the Nuristan Mountains in northeast Afghanistan. Often called, one of the top 10 books of all time.

Read it For:
A witty and unorthodox report of the Hindu Kush, packed with grisly and rapturous incidents, making the book a fascinating tale and a classic of travel adventure.

Don't Read it For:
The book goes into extreme details at times, which might seem uninteresting to some readers.

What makes this book stand out?:
The explorations of the Middle East and humourous anecdotes narrated by the author during his mildly tough journey. 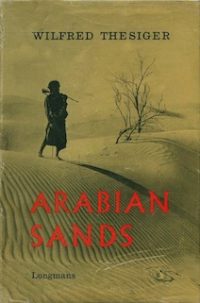 A record of the author’s extraordinary journey through the arid "Empty Quarter" of Arabia, where people had never seen a European and considered it their duty to kill Christian infidels.

Read it For:
the classic account the book presents the Middle East, which is invaluable today and the author’s ability to accept cultural differences.

Don't Read it For:
The author does not go into great visual detail, which is often considered unappealing.

What makes this book stand out?:
The book stresses on the various changes that the Bedouin lives have gone through after the Second World War and how the traditions have been somewhat lost with time. 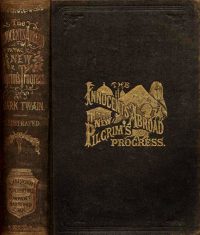 The book is an account of the author’s travels through Europe and the Holy Land and his sense of wonder at the people in the streets of Constantinople, of the ruins of the Appian Way, and of the ancient Sphinx in Egypt. The Innocents Abroad is considered as one of the top 10 books to read on travel.

Read it For:
A classic that provides an inspiring window to places that one has never been to and for its tone full of humor and wit.

Don't Read it For:
Twain’s personal bias, cynicism and at times, blatant racism against the people he encounters.

What makes this book stand out?:
Mark Twain is known as children’s book author. It is interesting to read through his travel experiences across Europe and East.