Africa is a continent which comprises of many countries, which have their own government and culture. All these countries have their own uniqueness. Some of the states are centrally located and some are located in coastal areas and Gabon state is one of them, it is located on the western coastal area of central Africa. The population of this country is approximately 2million. Gabon is one of the most prosperous countries of Africa. The people here are well educated and skilled, which help the country in raising its economy. Gabon was once colonized by France, but the country became independent in the 1960s and they made their own government. The people of this country are mostly following Christianity and their native language is French, this is because once the country was ruled by France. More than 70% of the population speak French. The county has a very peaceful atmosphere, they don’t believe in fighting or dominating any other country. So, they don’t have any kind of threat or fear of war with any country and that’s the reason they spend less money on armed forces, they utilize their capital in raising the economy of the country. If you want to know more about this country you have to read the books written by different authors about this country in detail. Below mentioned are the top 10 books on Gabon which will give you a clear picture of Gabon. 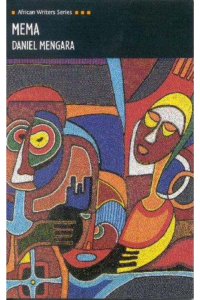 Mema's sharp tongue and independent beliefs are the reason her villagers dislike her. When she has a family of her own, her husband passes away in a witchdoctor's safe house, followed by her daughters to which her in-laws start blaming being an witch. Mema's sons are the reasons she fights against everyone.

Read it For:
The strong female character portrayed in the book amplifies the beauty of struggle for family in those times.

Don't Read it For:
Every reader will like this story relating to the theme of women liberation irrespective of favoritism of any particular genre.

What makes this book stand out?:
The author has exhibited the mental struggles of a woman in a heart-wrenching fashion. 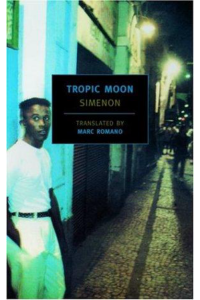 A frenchman Joseph Timar travels to Gabon in search of work carrying a letter from his uncle. But he feels lost in the country and Adle, the hotel owner's wife comes for his help. She leaves him after a night, but in the night her husband dies. Timar knows about Adle's involvement and is ready to help her at the cost of few benefits.

Read it For:
The adventures of Timar in order to fulfill his desires leave him in deep mess creating element of suspense throughout.

Don't Read it For:
People who do not love the mystery and the psychological thriller may find the novel not much exciting.

What makes this book stand out?:
The author is the master of psychological drama and has created a masterpiece which lands the book in the top 10 books on Gabon. 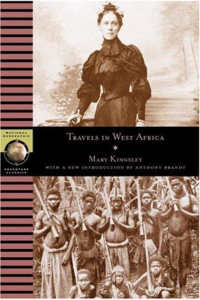 Set in 1893, in a society dominated by males, Mary Kingsley set off alone for West Africa to collect sample of flora. Accompanied only by native guides, she is the only foreign woman to an extraordinary expedition. Brave and fierce as she is, she has fought ferocious wild animals on her way.

Read it For:
Read it to know how fearless a woman can be in an adventure to West Africa.

Don't Read it For:
The book is written in the 1890's and people who don't enjoy such fictional adventures may not like it.

What makes this book stand out?:
The book is accounted as one of the 100 greatest adventure books of all time.

Say You’re One of Them 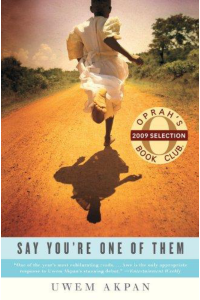 The book narrates the tragic effects of human horrors as seen from children's perspective. These ordinary tales have talked about everything from child trafficking to inter-religious conflicts and how the little kiddos endure these sufferings.

Read it For:
Those who like to read about the kind of lives Africans lived a century ago, will like it. Also the innocent perspective of children is worth admiring.

Don't Read it For:
The book describes the torment and anguish that they tolerated in those times which can turn a reader off.

What makes this book stand out?:
This single collection of tales will take the reader inside more than one African Country giving lots of insights into that society. 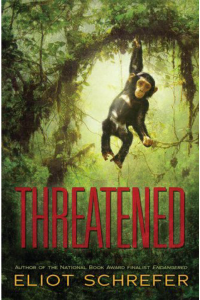 As a boy, Luc's mother had warned him about the chimpanzees. But now when he's older and is barely surviving, he tries robbing a man called Prof. But instead, prof asks Luc to work for him. Next thing we know, they are in a jungle to study the "mock men" i.e. chimpanzees, which become a new family for Luc. There is a high probability that the family isn't safe.

Read it For:
The book will resonate best with teenagers because of plenty of adolescent adventures.

Don't Read it For:
Fiction-lovers who are accustomed to sci-fi and fast moving plot, may not like it.

What makes this book stand out?:
Eliot Schrefer takes us in a rare world of fiction where mankind is the hope for a few chimpanzees.

Between Man and Beast: An Unlikely Explorer, the Evolution Debates, and the African Adventure That Took the Victorian World 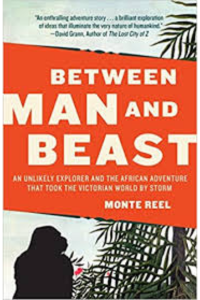 The book is an account of an explorer who found his way out from jungles of Africa after three years with evidence to prove the existence of gorilla and landed straight into one of most heated debates of century - Darwin's theory of evolution.

Read it For:
The readers interested in knowing about the theory of evolution both on racial and scientific will find the book worth a shot.

Don't Read it For:
People who do not have interest in science related genre, may find it pointless.

What makes this book stand out?:
This piece of non-fiction literature about the adventures of man in remote areas of Gabon surely is one of the best books on Gabon.

The Fury and Cries of Women 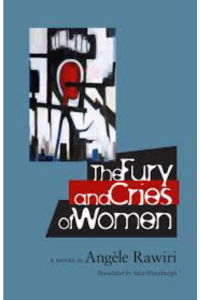 The book is detailed record of an independent-minded woman Emilienne, who questions traditional beliefs and is on a journey towards liberation from them. This lady is on a search for feminism in that socially backward society struggling with various malpractices of those times.

Read it For:
The book has brought modern perils upon the protagonist, which are rare to be seen in African literature.

Don't Read it For:
The story described in the book is heart wrenching, dreadful and full of sorrows and pains.

What makes this book stand out?:
Written by Gabon's first female novelist, the book is one of the best fictional composition out her three works. 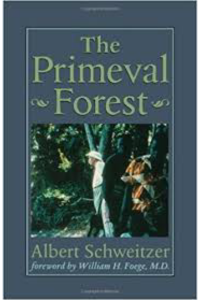 The story is an account of Albert Schweitzer' life after he gave up his position as a professor to practise modern medicine and surgery in the dramatic era where famine, floods, raids by animals were very common.

Read it For:
Readers who enjoy a progressive theme will love this fascinating account of Schweitzer to create a permanent hospital for Congo people.

Don't Read it For:
The book basically depicts the negative aspects in the lives of native which may not appeal to few people.

What makes this book stand out?:
The book is a work of non-fiction giving insights into the struggles of a man to bring a change in the lives of people. 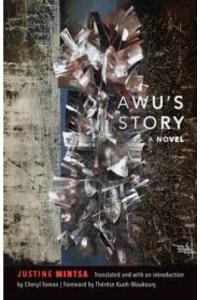 In the beginning of twenty-first century, a village in northern Gabon is experiencing clash of modern and traditional customs. Amid this tension, seamstress Awu marries Obame who wasn't able to conceive with his first wife. This leads to emotionally disturbing tension among all three where Awu struggles to take control of her life and home.

Read it For:
The book is lovely and sad at the same time. Those people who like emotional stories will like the book.

Don't Read it For:
Justine Mintsa has given a detailed description of a woman's struggle in a traditional environment. It may leave a few readers emotionally distraught.

What makes this book stand out?:
The author has given a critical introduction about the african culture and is one of the 10 best-selling books on Gabon. 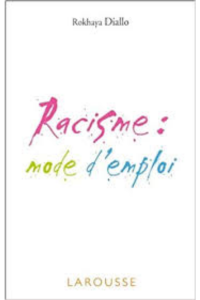 The book portrays author's struggle with a lot of humor against ordinary racism that has become a practice and is felt in the most common situation. The book is full of anecdotes with analysis from past and politics. There are so many questions that the author is trying to find answers to.

Read it For:
The book has tried to answer many arguments when it comes to racism. Read it out to see has she succeeded enough or whether there are still more doubts.

Don't Read it For:
Readers who do not like to read about social topics may find it confusing.

What makes this book stand out?:
Written in French, the book is one of the best books on racism as perceived by a black woman born in Paris.

The above-mentioned books are amongst the 10 best-selling books on Gabon written by different authors. These books will tell you everything about the country in detail. If you are planning to visit this country, these books will be very handy for you, by reading them you will get to know about their culture, tourist places, currency, Etc.