Botswana is one of the stable countries of South Africa has the longest multi-democratic party which is free of corruption and possesses good human record. The country is known for its tourism because of the large wildlife and is also the world’s largest producer of diamonds. With a large number of wildlife parks like Moremi National Park, Chobe National Park, Central Kalahari Reserve and many more, have made this country one of the best tourist attraction spots among the travellers.

Most popular books on Botswana are listed below: 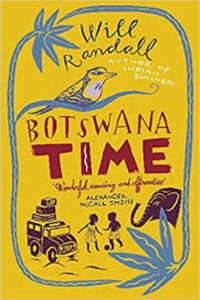 The book gives you the complete understanding of Botswana, by highlighting about its greatest success stories with a series of serendipitous encounters, as the author talks about his occupation as a teacher which had taken him from the inner London to Pune in India.

Read it For:
the book is a real autobiographical story of the author, which gives you the complete idea of how Botswana looked, by telling the overall expression of the country which was considered as an illusion.

Don't Read it For:
some places of the book are not described properly

What makes this book stand out?:
the funny and fascinating real-life- adventure encountered by the author who was a travelling teacher. This book is one of the best reads on the list of books on Botswana. 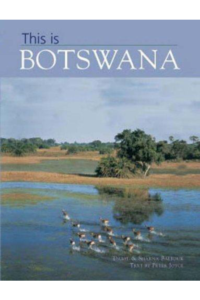 The book takes you on an incredible journey, making you discover the land of great diversity and natural beauty, from the large arid region of the country to the lush waterways of the Delta by giving you a complete visual essay on the country.

Read it For:
The introductory text in the book along with the pictorial representations gives you the insight of the realities of the country.

Don't Read it For:
misspelt words at certain places

What makes this book stand out?:
a Perfect book with over 250 stunning photographs that provide an exciting and diverse overview of the country. 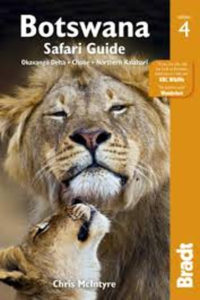 The author takes the readers to a wilderness populated country, which is known for the hippos, astonishing bird life and elephants at the Okavango Delta making you aware about the environment and history as well by giving you a thorough evaluation of where and how to go.

Read it For:
To understand the complete wildlife of the country, making you aware in brief about the history of the evolution along with the guide that will give you tips on a safari of Botswana.

Don't Read it For:
the writing style is slightly poor in comparison to other safari guides.

What makes this book stand out?:
One of the best books, that tells all the tourists are visiting the country about the safari to the great Okavango Delta, Chobe and Kalahari deserts.This book is one of the best books on Botswana.

Whatever You Do, Don’t Run: True Tales Of A Botswana Safari Guide 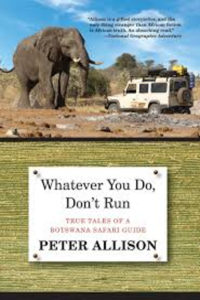 The author gives you a guide’s eye view of confronting the world’s fiercest terrain of wild animals, telling you about the life in the bush and also the most challenging of all, managing the herd of travellers. The book contains a collection of essays which are based on Botswana.

Read it For:
the love and respect given by the author to the animals by also limiting the negative exposures to humans by making sure that they plan their safari in an appropriate manner.

Don't Read it For:
too much fantasy, imaginative and unrealistic.

What makes this book stand out?:
A Hilarious book which makes tourists experience the wildlife of Botswana without hurting the animals.

Tears of the Giraffe 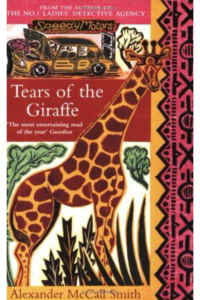 The book talks about two cases, where one case is based on a college-boy who disappears ten years earlier and the second one talks about a man who does not understand about why his wife is away from home each day.

Read it For:
to understand the two stories presented in a beautiful manner to the readers, by giving them an understanding of cultural information of Africa

Don't Read it For:
the book has a simple story but not very thought-provoking.

What makes this book stand out?:
The characters of the book are written in a hilarious manner giving you the entire evocation of the culture of Botswana. This book is one of the 10 best-selling books on Botswana.

Saturday is for Funerals 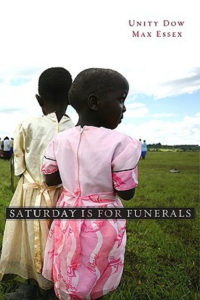 the book talks about the country’s crisis which includes the true-life stories of loss and quiet heroism, scientific initiatives and activism making you understand about HIV, distributive justice, human rights and confidentiality.

Read it For:
To understand the new techniques which can dramatically reduce the transmission rates of diseases from mother to infant by the development of new therapies which help to fight against AIDS.

Don't Read it For:
editing of the book not done appropriately

What makes this book stand out?:
Gives you a complete understanding of the diseases and their cures which plays a very important role in Botswana. 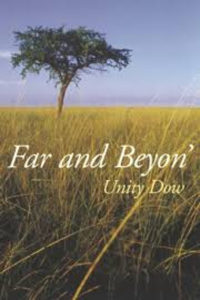 The book talks about a family who is wrecked by the losses from AIDS and is caught in the tensions of society which is divided between the ancient beliefs and modern influences.

Read it For:
To understand the story of a 17-year-old girl who faces different kinds of threats from the society as she seeks to help her fellow female students to fight against sexual abusing they face in the society and school.

Don't Read it For:
You can often get stuck with certain words in the book as they are difficult to comprehend.

What makes this book stand out?:
Marvellous work presented by Unity Dow where he talks about the challenges that are faced by the HIV AIDS patients in the society who are struggling to define themselves as well as their families. 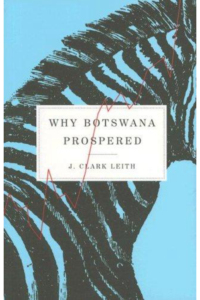 With many African nations which failed economically, Botswana was the one who prospered itself with economic interests, political systems, tempered leadership and promoted growth making the country a worth living for the people.

Read it For:
To understand the drawbacks of other countries did not let down Botswana, as the people of the country believed it to grow for the benefits of its society.

Don't Read it For:
the book is more on the academic front, making you feel a little boring.

What makes this book stand out?:
The author has done a tremendous job in addressing the satisfactory details for answering the question of the people “Why Botswana Prosperous.” 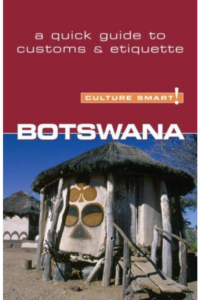 It provides the essential beliefs, information and behaviour of the people in a country of Botswana where tradition plays a very important role by guiding you how to behave, what to expect and how to establish a rapport with the hosts.

Read it For:
To establish a sheer relationship so that you feel confident while talking to the people of Botswana in order to understand their culture and tradition.

Don't Read it For:
the introduction of Botswana is very short and less informative.

What makes this book stand out?:
A complete guide for the travellers in order to follow the do’s and don’ts in the country so as to maintain the cultural dignity of Botswana. It is one of the most popular books on Botswana.

Wildlife of the Okavango 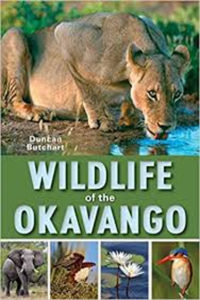 The book talks about the wildlife sanctuaries situated in northern Botswana and Namibia’s Caprivi Strip giving you the proper description of the animals and birds through coloured photographs talking about the climate, habitats and geology.

Read it For:
to get the useful tips on identifying wildlife and watching, as it will enable you to identify the animals and birds in an easier manner.

Don't Read it For:
Less information about the wildlife is provided.

What makes this book stand out?:
The book comprises of famous articles and photographs that will help you to understand the wildlife of Okavango efficiently.

The books mentioned above are the 10-best selling books on Botswana.