Accra is the capital of Ghana by the Atlantic Coast of West Africa got its freedom with the help of its first president. There is a memorial park named after him, Kwame Nkrumah Memorial Park which was made in honor of their first president. The museum describes his life through Nkrumah’s Mausoleum. The city is also known for the colorful market which is a large bazaar. The city also has on its list an energetic nightlife and beautiful beaches of gold sands, the two famous beaches are Labadi Beach and Kokrobite Beach.

The Beautiful Ones Are Not Yet Born 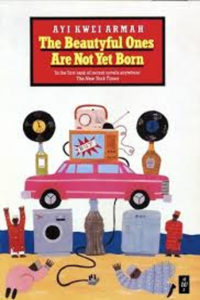 This book deals with a narrator who has no identity or name in the book, he is a railway clerk who had high hopes after independence. But everything went in vain when he saw nothing but corruption around him. Though he hardly managed a good living because of the mere salary he got, he never stepped in for corruption even when everybody else including his wife wanted him to.

Read it For:
To know how a common man thrives on fighting against the odds, fulfilling the hopes and needs of his family with whatever he has will make you realize the power of a common man.

Don't Read it For:
Though the story is about the past and there are so many historical names and venues attached to it, the context is interesting to read. However, it is still a worthy read on the list of top 10 books on Accra.

What makes this book stand out?:
The hopes every man has from their political leaders are not always achieved, but this story stands out when a common man makes sure to meet the hopes of thousand others like him. 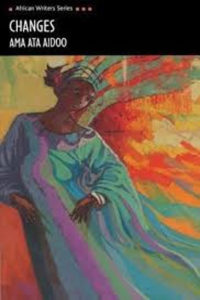 This book revolves around feminism where the female lead feels her freedom getting curbed in her marriage, being a woman who is fierce and career oriented she decides to divorce her husband. The story then rotates around her life and the choices she makes.

Read it For:
If you are a feminist or support feminism, then you take this story ride of a young woman who makes her life a choice of her freedom.

Don't Read it For:
Even though the story is about the life of a young girl but it truly represents the modern Accra.

What makes this book stand out?:
It makes you understand how life gives you a choice and you need to figure out whether it will take you to happiness or misery. 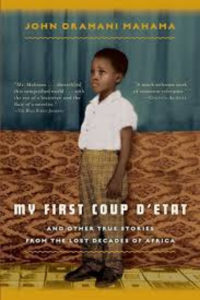 John Dramani Mahama has written about two coup he has to face in this book. He had explained the first coup in complete detail which took place at the time of independence when his father was held by the military for around more than a year.

Read it For:
The book is the autobiography of Mahama, where he has explained the struggles he and his family have faced during the time of Ghana's independence.

Don't Read it For:
Authors have criticised this book because of the one story that has been the headline.

What makes this book stand out?:
For the coup details which make us realize how government officials turn the table against common men for their benefits. This book is one of the best books on Accra; a must buy. 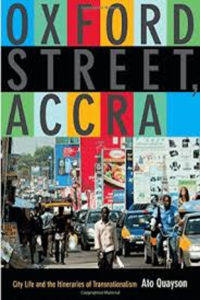 Here the author Ato Quayson has focused on the Oxford Street of the capital city of Ghana. He has written about the city from its early evolution to today. The book helps every writer who wants to write about urban Africa as this the result of more than 10 years of research by Quayson.

Read it For:
It is the best book for all those students who want to analyze the global urban studies.

Don't Read it For:
The book has missed out other important places or parts of the city while focusing on Oxford Street.

What makes this book stand out?:
Everything about the city is explained in the book in a detailed manner especially the Oxford Street. 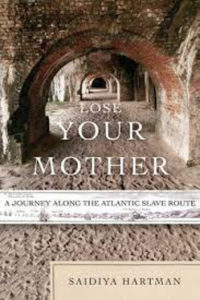 The author of the book is Saidia Hartman who dramatizes a story on the three long centuries of slavery that was a part of African and American-African history. She recounts how being a stranger with no past she searches for strangers.

Read it For:
Read it to know the vivid concept of slavery by knowing the history and a life that has no relation to the past, or family or relatives.

Don't Read it For:
People might find it boring in the beginning, but if you envy history you will like the description of forts, castles and other matters of history.

What makes this book stand out?:
The will among the leaders an search for acceptance among strangers like she is, and exploring the depth of slavery and gaining keen interest in it makes the story interesting.

Abina and the Important Men 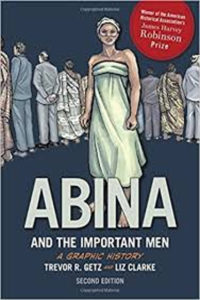 The book, one of the 10 best-selling books on Accra,  is a graphic history written by Trevor Regards. Gets and Liz Clarke which describes the story of Abina who was enslaved mistakenly and took her case to court by escaping to a British-controlled territory with utmost confidence.

Read it For:
It is a fascinating and interesting story which starts with the scene of a courtroom and in a flashback, continues the whole story.

What makes this book stand out?:
It has wonderfully explained how a West-African woman tries to convince a series of "important men" in the courtroom. 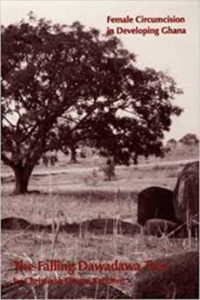 This book is more like a comprehensive study of the background of the ethnic, traditional, cultural and medical practices that have brought debate both inside and outside anthropology.

Read it For:
You can read to acquire knowledge on the ethnography of Ghana. This book is a great aid for the students of gender studies, anthropology and development studies.

Don't Read it For:
The book might be boring for people with a different background of studies.

What makes this book stand out?:
It describes the Ghanaian phenomenon showing differences between ethnic and regional circumstances 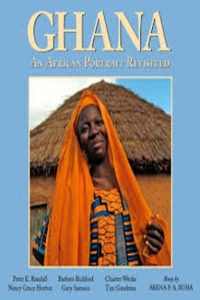 Read it For:
To understand a deeper meaning of pictures, as we all know a picture speaks a thousand words.

Don't Read it For:
If you are looking for a plot or story, then this is not the book for you.

What makes this book stand out?:
It stands out because it is not a basic novel, but it has an extraordinary effect through the form of pictures in it. 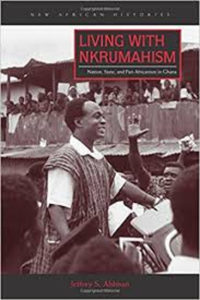 Kwame Nkrumah being the first president who brought independence in Ghana grew as an anti-colonial activist. He was a visionary statesman who was the main reason behind the making of contemporary Africa.

Read it For:
Read this book to know how the organizational and cultural history of Nkrumahism.

Don't Read it For:
This book is only concerned with the nuances of statecraft.

What makes this book stand out?:
It stands out because of its content on decolonization and cold war studies. 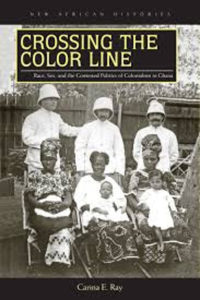 A book which explains how the author was against the inter-racial sex and racism that was a part of living in Africa.

Read it For:
The author made sure that she gave equal importance to Britain as well Africa through her words.

Don't Read it For:
It is a book that relates not real life problems but problems that made a difference between individuals.

What makes this book stand out?:
Ray makes it different through her choice of words that show her criticism against such practices. This book is one of the most appreciated books among the popular books on Accra.