Wolfgang Hohlbein is a German Scientific fiction writer who also writes about horror and fantasy. He lives near Neuss, North Rhine-Westphalia. Heike Hohlbein, his wife is also a writer by profession and helps him with his books. He has published more than 200+ books with more than 43 million copies sold. He is among the top 10 German writers in the fantasy genre.

He has been writing stories since a very young age and he was first recognized after sending a fantasy scientific fictional writing in a contest. It won and his book “Magic Moon” was published by Ueberreuter Verlag and was one of the bestselling book, winning several prizes. Apart from his own creations he has also written various movie tie-in books such as Stargate, Indiana Jones, and Pirates of Caribbean. 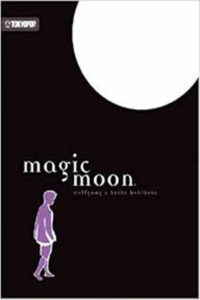 The novel tells the adventure of the land that people travel in their dreams, and how a young boy known as Kim finds strength and courage in fighting but also welcoming is nightmares and deepest fears.

Read it For:
If you are a fantasy lover who dreams to travel to space someday, then this book will bring you back from your dreamy world and throw you to the imaginative world of time and space

Don't Read it For:
The characters portrayed are quite annoying and flat and sometimes are all cliché.

What makes this book stand out?:
This is a rare collection of all generation books and will leave you wondering if it were true. They will fit in all your childhood dream and leave you nostalgic. 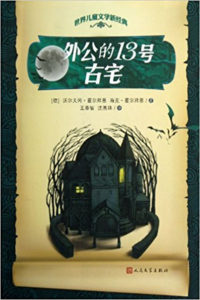 The female protagonist named Thirteen finds out that six children were trapped in her grandfather’s old house. These were the last children that the pied piper had kidnapped and put up. She tries to save herself and her friend, Frank, as they both are in a dangerous situation. The Friday 13th of that month will decide their fate.

Read it For:
The first half is mysterious and this book is the best for thriller enthusiast. There are a lot of surprises to reveal which is maintained until the end of the book.

Don't Read it For:
Though wonderfully scripted it, the author lacks to satisfy the potential hollow leg book reader. It is sometimes very confusing and complex also.

What makes this book stand out?:
The book seems very promising from the first page. As you proceed further, you will be jolted with the facts that are taking place one after the other. A thriller lover will be hooked to it till the last page making it one of the best books by Wolfgang Hohlbein. 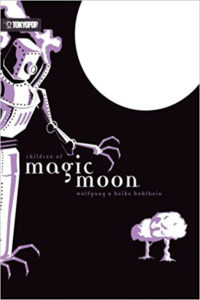 It is a continuation of magic book series where the wizard Themistocles met Kim again encouraged him to get back to the moon, the land where people travel when they dream. He excitingly returns to the magic moon only to find out that it has dramatically changed in every aspect.

Read it For:
The author’s wonderful imagination is so connected to the dreams of fantasy lovers. The author can meet your high expectation in which the carefully descriptive pace makes it a very enjoyable read.

Don't Read it For:
The author has written this form in German Language and the English version is mostly unavailable

What makes this book stand out?:
The ending is resolved in a very refreshing manner, showing down of philosophical facts and leaving back a more adventurous Kim and Rebecca in Magic moon. 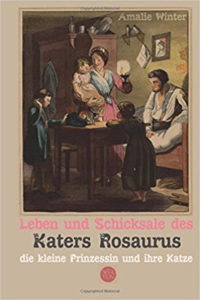 When dense snowfall settles over to the small city then it cuts the city off from any connection from the outside world. Justin, the lead in the story finds the ancient, dark ruins of the old monastery have brought trouble to the people. She then starts a hopeless find with the nature.

Read it For:
The electrifying story is going to give you goosebumps for sure. If you are a good luck believer then you will just love to see how Justin overcoming evil with confidence and good faith.

Don't Read it For:
Some explanation doesn’t come with the instances which sometimes doesn’t provide you a well grip of the certainty.

What makes this book stand out?:
The mystical stress on both sides of the story is outstandingly illustrated. The strong, supernatural power that is long-lasting is wonderfully penned all over the narrative. 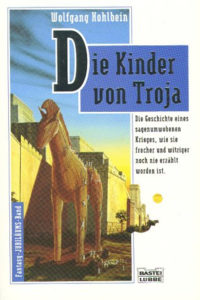 A cruel, long war at the gates of Troy where the victims that are mainly children has been portrayed in this novel. The children then decide to take the situation in their own hands and cause confusion into both the warring parties. The children go on finding secret ways to the sealed city and therefore going through a daring romantic experience.

Read it For:
A short story to give you a perfect idea about Troy’s never-ending war.

Don't Read it For:
It is unavailable in English so you should be well versed with German. 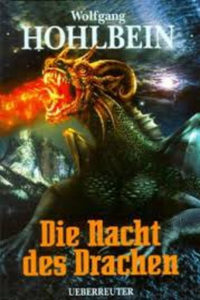 Yori, a warrior finds an injured emerald lizard and saves its life. Just as the lizard recovered, he received an extraordinary power from it through which he can communicate with the ancient people and with the animals.

Read it For:
It is very exciting which is the only impressive thing in the book; it also has quite interesting plotlines for a good read.

Don't Read it For:
It is written in German Language and still, the English version has not hit the market.

What makes this book stand out?:
A short read with the world full of mysteries and imposing dialogues. 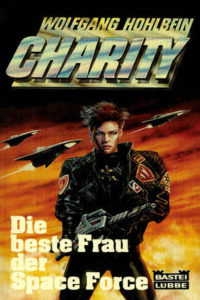 It is a space fantasy which is dated on March 4, 1988. At the boarder of the solar system, an alien spaceship appears which moves towards the earth at breakneck speed. A team of astronauts is sent to stop the ship.

Read it For:
It is a start of a series and full of imaginative exaggeration.

Don't Read it For:
You should have the patience to translate the book from German to English as again, this awesome fantasy book doesn’t have a translated English version.

What makes this book stand out?:
The end is wonderfully open and offers many possibilities which are really imposing. 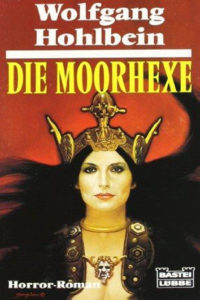 A millennium flood has washed ashore, in a single storm-lashed night. And when the sea retreats, it remains as a prisoner in the bog - a creature from the lightless depths of the ocean, older than humanity itself: the bog-witch.

Read it For:
A horror lover will stick to the book until the end and the creepy, uncanny last paragraph is totally unpredictable and surprising.

Don't Read it For:
It is not for the frightful readers.

What makes this book stand out?:
The scariest book available in the market which makes it among the best books of Wolfgang Hohlbein. 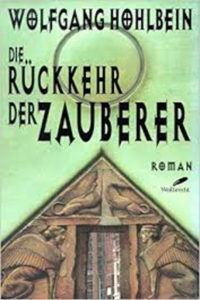 Only a few men witness a cosmic explosion that causes a fireball to fall to earth. Decades later, journalist Hendrick Vandermeer stumbles on the trail of the mystery of the falling sky from the sky. Vandermeer has concluded that Vandermeer is in a state of extreme conflict.

Read it For:
This is a book for people of all age and starts outstandingly leading you to go on with the story.

Don't Read it For:
Not available in English

What makes this book stand out?:
A fan of Wolfgang Hohlbein will thoroughly enjoy it. The story doesn’t unfold at all but the author’s effort to unravel the story is greatly visible.