Apart from romantic dramas, thrillers are one of the most popular genres among the readers. Thrillers are generally characterized by fast pacing,  resourceful heroes, well-equipped villains, and frequent action. Unlike mystery, thrillers follow a plot where the hero thwarts the plans of an enemy rather than uncovering a crime or event. Red herrings, cliffhangers, and plot twists are extensively seen in this genre. It is also defined by the various moods they carry and elicit in a reader, including surprise, suspense, anticipation, excitement, and anxiety. The intensity of emotions of exhilaration, apprehension, and excitement created by thrillers is unparalleled. Thrillers maybe a legal thriller, a police thriller, spy thriller, political thriller, military thriller, action thriller, medical thriller, and others. 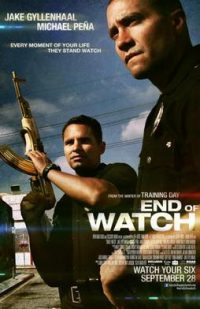 ‘End of Watch’ is a spectacular finale of Stephen King’s well-known trilogy which began with ‘Mr. Mercedes’. In this novel, the devilish ‘Mercedes Killer’ drives his enemies to death, and if Holly Gibney and Bill Hodges fail to figure out a way to stop the killer, they will be victim themselves. This supernatural, heart-pounding suspense brings the trilogy to a sublimely terrifying conclusion.

Read it For:
The slapdash audacity, thrilling story-line makes it an undeniable page-turner and perfectly fitting end to the Bill Hodges trilogy.

Don't Read it For:
The plot with unworldly powers won’t be as impressive as the previous installments.

What makes this book stand out?:
This final installment mixes revenge, supernatural suspense, crime, and mystery to bring the trilogy to a thrilling close.

You Will Know Me 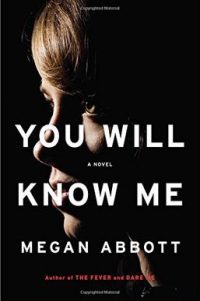 This thriller by Megan Abbott is a breathless roller-coaster about a young girl, who is a gymnastics prodigy and hopeful to take part in Olympics. Everything goes fine for the protagonist young girl Eric Knox, until a violent death strikes the gymnastics community, putting all her hardwork at risk.

Read it For:
This compulsively creepy novel by Megan Abbott depicts the desperate limits of parental sacrifice, staggering force of ambition, and futuritive desire. The author in this nerve-jangling novel does a dark inquest into the pressures of growing up as a girl in the American society.

What makes this book stand out?:
The novel is almost unbearably tense, addictive, and chilling, which does not fail to transport the reader to a competitive world of gymnastics. Featuring at the 2nd position in Top 10 Thriller books, it hits the rare sweet sport between a family drama and unnerving psychological suspense.

The Woman in Cabin 10 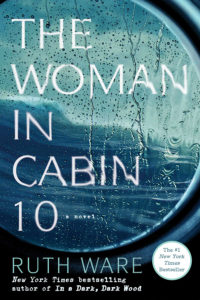 In this tautly wound novel with surprising twists and turns, the lead character, Lo Blacklock, a journalist working for a travel magazine gets assigned on a project of a lifetime. After a cozy week on a cruise, she witnesses a nightmare.

Read it For:
This novel is chilling, compulsive, and feeds a reader’s anxiety with a constant feeling of danger. The author offers an intense and taut read that is sure to leave a reader restless long after the last page is turned.

Don't Read it For:
The protagonist is alcoholic, whining, and mixes it with anti-depressants, which the author highlights over and over along the novel, which seems repetitive. The F bombs are abundantly used which can be irritating to the reader.

What makes this book stand out?:
This pulse-quickening novel by Ruth Ware has a dark and claustrophobic tone. One among top 10 books, is absurdly suspenseful, propulsive prose keeps the readers on the hook.

Behind the Closed Doors 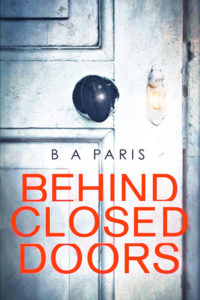 The story unveils the secrets and problems in an English marriage between Grace and Jack that shows that the perfect marriage is the perfect lie. Grace is held prisoner by her dashing husband, and the narration is carried along from Grace’s point of view.

Read it For:
It is a girpping domestic thriller with each chapter escalating tension and stakes of the narrator.

Don't Read it For:
The tense plot seems to be caught in an overladen plot in this book under top 10 books of 2016.

What makes this book stand out?:
The reader is served with a well-structured plot which depicts that a marriage that looks perfect on the outside, hides many secrets. The whole narration is from a first-person point of view, which alternates the present day marriage between the leads with the past. 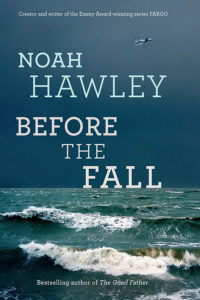 This gripping novel’s plot includes an artist and plane crash survivor Scott Burroughs attempting to recall the events that lead to crash and to deal with its consequences.

Read it For:
This novel covers well-plotted, interesting story-line with unexpected twists and turns along with a unique narration.

Don't Read it For:
The conclusion of this novel might seem pretty abrupt.

What makes this book stand out?:
The author uses a third-person omniscient perspective to address the audience and to provide them an unlimited access to the story as it uncovers. One among top books, it gives the readers an in-depth understanding of the beliefs, thoughts, and motivations of the characters involved in the story. 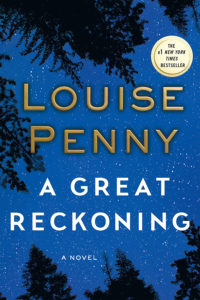 The plot of this novel involves the discovery of a complex old map which is seen stuffed into the walls of bistro in the village where the protagonist, Gamache lives. The curious element in the plot comes with the a snowman pointing to a curious pyramid in another section of the map.

Read it For:
The novel is absolutely spell-binding with layers uncovering brilliant and emotionally powerful truth.

Don't Read it For:
This might seem repetitive, overly descriptive, overly verbose, and overly dramatic.

What makes this book stand out?:
The book is suspenseful and moving. It exceptionally deals with the themes of compassion, weakness, forgiveness, and temptation, while it incredibly transcends the mystery genre. 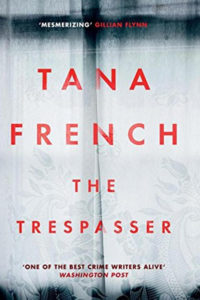 The story develops around the narrator Detective Antoinette Conway and her partner Detective Stephen Moran, working withing a murder squad.

Read it For:
It is an interesting, riveting pacey novel with a mesmerizing and incandescent plot.

Don't Read it For:
The initial plot development might not be very immersive and interesting and it falls flat when compared to the author’s previous works.

What makes this book stand out?:
The ingenious plotting of this novel makes all of reader’s assumption wrong. This is a consuming crime thriller with an incandescent prose and terrific story line.

All the Missing Girls 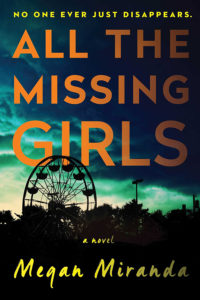 The plot is based on the missing of two young women, occurring decades apart.

Read it For:
The author turns the things inside out and upside down only to leave the reader wondering about the human tendency to reach any extent to protect people who we love. This book is like nothing any one would have ever read before.

Don't Read it For:
The narration of this emotionally complex thriller might seem confusing.

What makes this book stand out?:
It has a nail-biting, skin-crawling, intricately plotted, breathtaking story with a reverse chronological structure, making it one of the best books to read.

The Couple Next Door 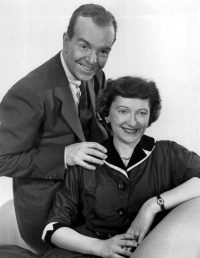 The plot follows a couple Anne and Macro, whose baby Cora disappears. This novel is based on one crime, with entire neighborhood of secrets, suspects and lies.

Read it For:
It has absolutely riveting story-line with a suspense that is beautifully rendered and relentless.

Don't Read it For:
The initial plot development seems slow and boring.

What makes this book stand out?:
This chilling story of duplicity, unfaithfulness, and deception with a shocking twist in the end makes it a gripping novel from beginning to the end, making it a favorite for book recommendations. 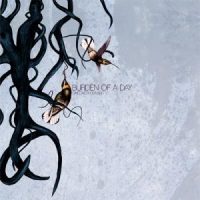 The plot of the novel revolves around former special ops pilot Maya, tries to find answers for an unusual image. The protagonist needs to deceit in her own past to prepare to face the unbelievable truth about her husband and herself.

Read it For:
The multiple plot lines, in-depth research, the strains of being a single parent, suspense, and mystery has been well-depicted in this novel named under the best books of the year.

Don't Read it For:
The characters lack credibility and are paper thin and the ending might seem disappointing.

What makes this book stand out?:
The riveting story-line filled with surprises and mystery is an absolute treat by Harlan Coben.