The First Lady of Irish Crime (as referred to her by the Independent, the British online newspaper, which also suits the image and reputation she has succeeded in building for herself) who now lives in Dublin, slowly and steadily gained herself fame and success with her literary writings. Born on 10 May, 1973 in Vermont, she got to live in many countries owing to her father’s profession with resource management in developing countries. Initially, she pursued acting for which she went through training at Trinity College. As she was also equally inclined towards writing, gradual procrastinations finally made her release her debut novel In The Woods in the year 2007 which was not only New York Times bestseller but also garnered her many awards including Edgar Award. It was a psychological mystery. The tremendous success of the book inspired her to write the sequel to the book. With this, Tana French Books ended up having six murder mysteries and they were all highly appreciated by the critics. Tana French lives with her husband and two kids in Dublin. Ever since her debut novel, she has been writing the subsequent novels after the gap of 2 years. Her last novel was released in 2017. If she writes following this pattern then chances are we might get to read her another brainstorming novel in 2019 with another shrewd mind from Dublin Murder Squad. 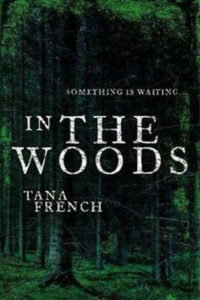 The suspense, thriller, and mystery filled book forms the first part of the Tana French books series Dublin Murder Squad where a murder mystery of a little girl's is solved.

Read it For:
A great read for the die-hard fans of mystery and thriller as the story revolves around not only the mentioned girl's case but some other incident as well.

Don't Read it For:
One would hardly find readers not falling for such a great thriller but exceptions are always there.

What makes this book stand out?:
The book is not only the debut novel of the writer but also bagged the tag of New York Times Bestseller. 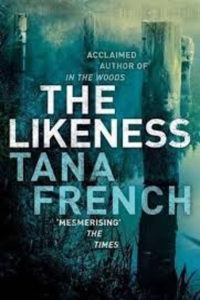 The second installment of the Dublin Murder Squad among the Tana French books where detective Cassie solves the murder case of a girl whose identity matches that of her.

Read it For:
It is a good writing for almost every reader but I believe you are wise enough to choose so I leave the decision with your intellectual integrity.

Don't Read it For:
Non-fiction lovers are allowed to turn their nose up at drama and fiction writings.

What makes this book stand out?:
If you read the first of Tana French popular novels and have already developed a bond with the detective then won't be able to let this one go. 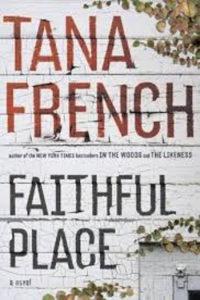 Another among Tana French bestsellers where a detective Frank Mackey from Dublin Murder Squad untangles the mystery of her childhood girlfriend's murder.

Read it For:
The mystery series of Dublin Murder Squad is a delight to the readers fussy about thrillers and suspense.

Don't Read it For:
Not recommended for those who prefer reality and shun fantasy and visions inspired writings.

What makes this book stand out?:
The mark of the bestseller on its forehead among the six books of the aforementioned series is enough to consider it for reading. 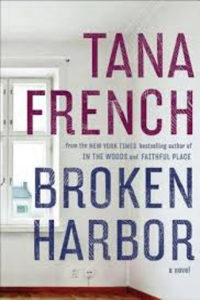 Detective Scorcher Kennedy solving a murder case of a father and his two children in yet another of Tana French Bestsellers.

Read it For:
If thriller and suspense readings deliver a rush of adrenaline to your mind then must read this one.

Don't Read it For:
Those who keep away from thrill and mind stirring intellectual writings might not give this book any serious thought.

What makes this book stand out?:
The fact that New York Times bestseller already gave it a reason to stand out. 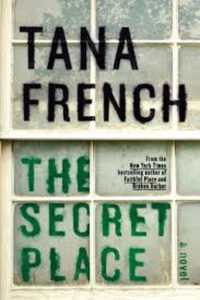 Detective Stephen Moran solving the murder case of a kid whose dead body was found on the ground of girls' boarding school in the next book of Tana French popular novels.

Read it For:
Read it for the thrill that the book offers while solving the murder mystery of the poor kid.

Don't Read it For:
Read it for the thrill that the book offers while solving the murder mystery of the poor kid.

What makes this book stand out?:
The persistence that compelled and kept the reader to pen down such a great novel is what makes the book so special 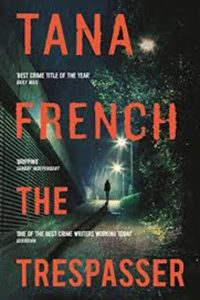 This book involve another detective Antoinette Conway to solve the murder case of a girl lying dead next to a table, all set for a romantic dinner.

Read it For:
This riveting book is the last among the Tana French popular novels in the suspense, mystery and thriller genre series Dublin Murder Squad.

Don't Read it For:
Non-fiction lovers might not prefer sparing these books any time but these books deserve all the attention a faithful reader can offer.

What makes this book stand out?:
Being the last in the mind grossing series, this book becomes quite important and automatically it grabs a special position in the germane genre.