Starting his life as a scriptwriter-producer in Broadway plays, television and motion pictures way back in the 1930s, Sidney Sheldon earned his fame and accolade for his romantic suspense thriller novels which he started writing after the age of 50. The Sidney Sheldon popular novels have made the author the seventh bestselling novelist of all time. The hugely famous writer is also a winner of Academy Award for Best Original Screenplay for the successful comedy movie The Bachelor and the Bobby Soxer.

Below are Top 15 Book by Sidney Sheldon recommended by the readers.

Other Side of the Midnight 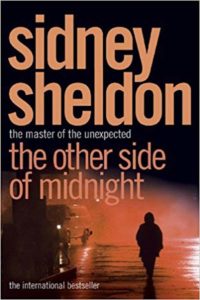 A dangerous game of love, lust, and manipulation of a French beauty, a Greek business tycoon and an American womanizer tangles and untangles in mysterious plots as the story moves forward.

Read it For:
‘Brilliant’ is an understatement for this book, which has been a number one Sidney Sheldon bestseller on both sides of the Atlantic.

Don't Read it For:
The book has sequences where the main female protagonist uses her sexuality to get things in her favor. If that is too bold for you, this book should not be on your bookshelf.

What makes this book stand out?:
Creating one of the most notorious and sensual femme fatale of the literary world - Noelle. 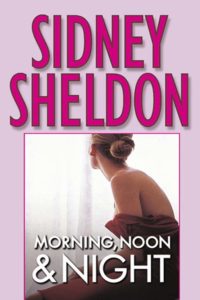 Another one of Sidney Sheldon best books, Morning, Noon and Night revolves around the Stanford family of Boston. When Harry Stanford is murdered while cruising along the exotic coast of Corsica, France – a series of events take place across Europe and America.

Read it For:
The sheer thrill and mystery it unfolds into as a young woman claiming to be the dead man’s daughter shows up at the funeral, asking a share in his property.

Don't Read it For:
If thrillers based on family dramas do not appeal to you.

What makes this book stand out?:
Delving into the upper-class society and its secrets and crimes. 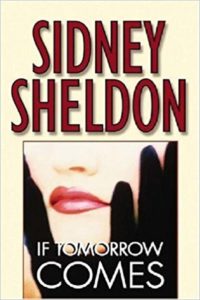 Tracy Whitney is a banker who is wronged by a bunch of men whom she crosses path with, and she ends up in jail. Upon receiving parole, she decides to take revenge on every one of them and is more or less successful. The book ends with Tracy contemplating a different life than he had planned ahead for herself.

Read it For:
The strength and determination of the lead character to punish the wrong-doers.

Don't Read it For:
There are some violent and unpleasant scenes, like Tracy’s torment in the jail.

What makes this book stand out?:
Sheldon is known for writing strong female characters that get their job done, and this one is no different 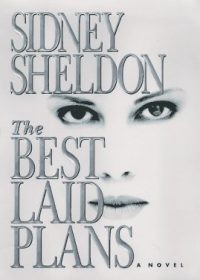 Oliver Russell rises in power from an attorney to the president of the United States, but Leslie Stewart – the owner of a powerful media house conglomerate is also adamant to bring him down and take revenge.

Read it For:
The novel brilliantly narrates the disturbing depths of political and the business world and their interconnection.

Don't Read it For:
It might get too business-like in its language sometimes.

What makes this book stand out?:
In perfect concurrence with the book’s title, this Sidney Sheldon book is all about how the best and well-planned ideas can go berserk in the ever-changing dangerous world of politics.

The Sands of Time 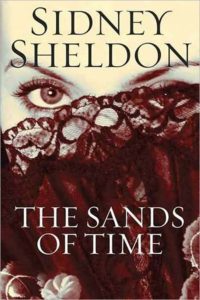 The lives of four nuns who ran away from their convent get entwined with Basque nationalists of Spain led by Jaime Miro. The plot thickens as a series of love, lust, risks, guilt, and betrayal lead them to dire consequences.

Read it For:
The setting of rising upheavals in the Spanish political situation which lends a special edge to the rest of the mystery.

Don't Read it For:
There are a lot of things happening in the book that are too bold for traditionalists – nuns falling in love and extremists are shown in good lights. If you are one, better stay away.

What makes this book stand out?:
Dealing with daring and bold subjects – much ahead of its time in many ways.

Tell Me Your Dreams

The story is about the lives of three women – Ashley, the introvert, and computer genius, Toni, the fun-loving, outgoing one and Alette, the quiet and shy artist.

Read it For:
How the lives of the three women get interconnected over a web of unthinkable crimes and murders

Don't Read it For:
It might look like a chick-lit sometimes, even though it is not really one.

What makes this book stand out?:
Bringing forth the intricacies of feminine mind brilliantly as they are at war and at solidarity with each other at the same time.

The Stars Shine Down 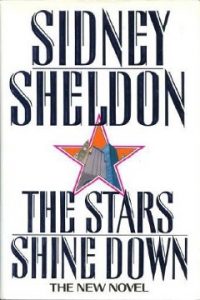 Iron Butterfly Lara Cameron is a hard-as-nails real estate developer who fights tooth and nail to establish an empire in a testosterone-filled industry and reaches the top of it. But as she finds the love of her life and marries him, someone hurts him and threatens to take everything away from her

Read it For:
How a woman single-handedly brought up an empire sends out a strong feminist message which is lovely and refreshing coming from an author of 1900s.

Don't Read it For:
There is no reason why one should not pick this novel up unless he or she does not like reading women-centric thrillers, which is a bad excuse anyway.

What makes this book stand out?:
Lara does not hesitate to lie, cheat, be ruthless or violent when it comes to her career and building the business – a whole array of characteristics traits that are stereotypically kept for men in such stories.

Elizabeth is the daughter of one of the richest men in the world and is heir to his company Roffe and Sons. What remains to be seen in the book is whether Elizabeth can save the company from the power-hungry sharks which are lurking in the sea upon one whiff of blood and keep her father’s legacy.

Read it For:
A keen glimpse into the shiny corporate business world and its never-ending saga of lust, greed, and betrayals

Don't Read it For:
It follows the same line along with most of his books, so if you are reading Sheldon at a stretch, it might just look repetitive.

What makes this book stand out?:
Pitting a young woman’s wit and grit against an entire business world of people who will not hesitate before making things murkier.

Master of the Game 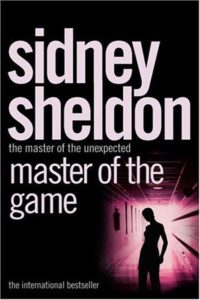 Kate Blackwell is, like most of Sheldon’s leading ladies, rich and holds power beyond imagination. Her whole life has been devoted towards her company Kruger-Bent, and she would go to any extent to save it in her own way – even harm her own family members.

Read it For:
Kate’s unscrupulous mind when it comes to the company.

Don't Read it For:
For many, the book promotes the potholes and crevices of the rich, upper-class society, revolving around money, marriage, and ambition only

What makes this book stand out?:
Giving Kate the persona where she does not have a heart or conscience as such, but a master at the game she plays. 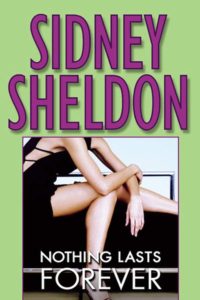 Sheldon mixes thriller and romance like never before with this one, set around the lives of three doctors – Paige Taylor, Kat Hunter, and Honey Taft.

Read it For:
How Sheldon interconnects the women’s dreams and desires with a gruesome murder and its trial.

Don't Read it For:
There is hardly anything wrong with this book, except maybe a few bland spots here and there.

What makes this book stand out?:
Being an absolutely compelling read for all types of readers. 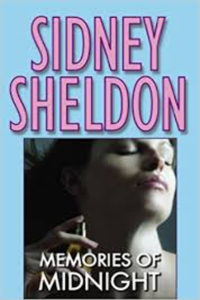 This book is a sequel of Other Side of Midnight. It is a thrilling journey of a lady Catherine Doughlas who has lost her memory in amnesia

Read it For:
If you are a Sydney Sheldon fan.

Don't Read it For:
This part is difficult to understand without reading the first sequel “Other side of Midnight”. Although the characters are reintroduced, you will enjoy more if you have read the first part.

What makes this book stand out?:
It is considered by many as one of the best works of Sydney Sheldon. It beautifully threads together justice, freedom, revenge and lust.

Are you afraid of the Dark? 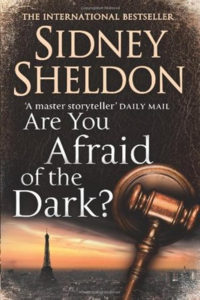 Death of four different people in four different places. Are they linked? Can they come to a conclusion? Well, for that you have to go through the book once. It is full of drama, romance, sci-fi, suspense, and thriller.

Read it For:
The moment you realise that this is the suspense, Sheldon throws another surprise.

Don't Read it For:
The plot construction which some may find inappropriate.

What makes this book stand out?:
The most translated author has done justice to the book and rightly acclaimed as the bestsellers of Sydney Sheldon.

The Sky is Falling 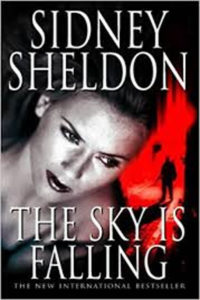 A woman anchor of Washington TV Evana finds out that all the people of the same family have been killed. Was it planned? Without a self- motive, she tries to find out the reason behind the same. In this event she is betrayed, trapped.

Read it For:
The plot is wonderfully crafted.

Don't Read it For:
If fiction does not interest you.

What makes this book stand out?:
The characters woven into one another, the events that follow, all make it worth a reading.

Other side of me 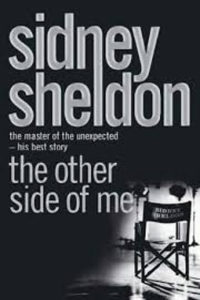 The famous fiction writer having won Guinness award  has come up with his Autobiography in this book. He has gone through much trials and tribulations which have deeply influenced his character and upbringing. Born in poor family to coming at par with leading business tycoons he has made it big.

Read it For:
Life of the great writer.

Don't Read it For:
If autobiographies don’t interest you or you are looking for a fiction work of Sheldon.

What makes this book stand out?:
The World acclaimed fiction writer is writing his own story. What turns and twists has life presented for him? Worth a read!

Windmills of the Gods 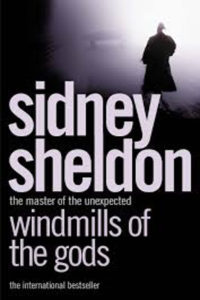 A Professor of Kansas University Mary Ashley, has been offered Ambassadorship. She rejects the same because she does not want to leave her husband. Her husband dies. Now she decides to accept the offer .As she reaches Romania where she is appointed, she finds people at all levels are conspiring against her. In fact, the world’s greatest assassin has been ordered to kill her.

Read it For:
The eventful journey of a lady from being a Professor to an Ambassador.

Don't Read it For:
The beginning chapters turn out to be slow.

What makes this book stand out?:
The author has aptly used sex, action, and loneliness tropes to great effect. Windmill of Gods can be treated as a classic.