American physician and novelist Robert Brian Cook aka Robin Cook is known for writing thriller novels based on his medical profession. Robin Cook bestsellers are based on themes related to medicine and public health with mysterious and sinister twists in them. Some of the Robin Cook best books have been featured in Reader’s Digest and New York Times as top bestsellers. 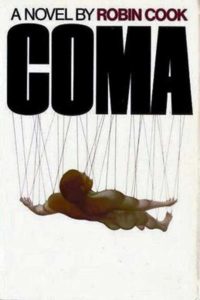 When patients admitted for routine check-ups or simple surgeries end up being in a coma state for no apparent reason at Boston Memorial Hospital, medical student trainee Susan follows the trail of this to find a satisfactory answer. But what she finds is even more disturbing than what she thought.

Read it For:
One of the best medical thrillers out there on the market.

Don't Read it For:
The book tends to lose a bit of pace in the middle pages.

What makes this book stand out?:
Once it picks up the pace, it keeps you hooked till the last with scary answers to the questions. 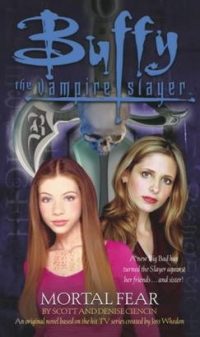 Dr. Jason Howard is at a loss when patients in this Boston Hospital he works at die out of nowhere – patients who were fit and healthy even a month before. Not only that, but they also look more aged than they did and should. Following a violent death of a friend, he now begins to investigate the issue and finds some fearsome truth at the bottom of it.

Read it For:
Top-notch use of rare disease strains to spin a scary as hell thriller.

Don't Read it For:
It can get violent and gory at places.

What makes this book stand out?:
Showcasing brilliantly how much modern medicine can be abused and made into a terrible nightmare in the wrong hands. 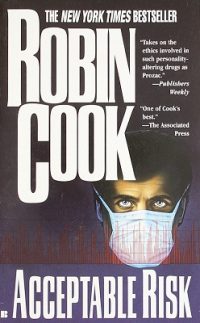 Scientist Edward Armstrong is so keen to experiment the new drug he has made from a mould he found at his girlfriend’s ancestral home at Salem, the very place where a woman was convicted and hung for being a witch and killing children – that he gathers a group of scientists and all of them take it to see the effects.  He believes the drug is a relaxant but the reality is something else entirely.

Read it For:
One of the best Robin Cook popular novels, the author is excellent in connecting a modern medical dilemma with a social one of centuries ago.

Don't Read it For:
It is not what you expect from a light read a thriller and the ending not necessarily fixes everything.

What makes this book stand out?:
The urgency of the plot in the last few pages when everything kind of goes haywire. 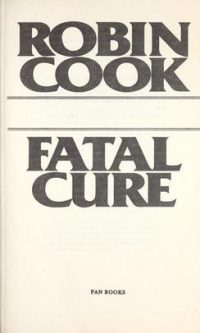 Two young doctors move to a quaint town in Vermont with their chronically affected daughter to start their careers anew. But small problems start sprouting up in their apparent quiet life soon, and it goes from murder, sexual harassment, unemployment to threat on their own lives.

Read it For:
Another brilliant tale of medical facilities going wrong and harming the patients a lot more than curing.

Don't Read it For:
Like most of Robin Cook books, this one too has no “happy ending”, but rather leaves the danger hanging in there like a thread.

What makes this book stand out?:
Making a story out of an issue that is very much like the newspaper headlines that we read – of corruption and wrongdoing of people who should be protecting us. 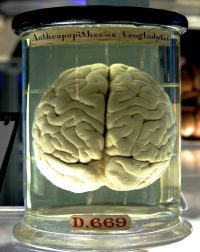 Doctors and partners in office and life – Martin Philips and Denise Sanger jeopardize their careers as well as lives to find out the truth behind so many mentally deranged and seizure patients in the medical facility where they work. The truth they find about how modern technology is being used to make guineapigs out of humans is earth-shattering.

Read it For:
Cook does what he is best at – weaves a mindblowing story about medical conditions and situations – but this time one that hangs between life and death.

Don't Read it For:
If you are too cynical to accept a bit of surrealism in science.

What makes this book stand out?:
Showing how terrible it can be when the technologies we develop come back at us in a modern-day Frankenstein manner. 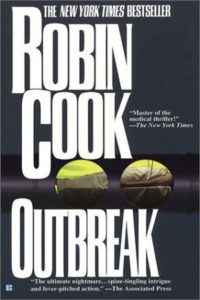 Robin Cook’s exceptional take on the outbreak of Ebola virus has more at its center than just the most dangerous sort of pandemic since the Black Death plague– and there is a high chance that it might just be a sabotage of dangerous extents.

Read it For:
Cook’s recurring lead Marissa Blumenthal appears here for the first time as an investigating doctor into the disease matter which is too dangerous and likely to spread but only seems to affect health centers and their physicians and patients.

Don't Read it For:
The plot gets a bit typical and predictable.

What makes this book stand out?:
Its high stakes as the virus is being targeted at people in masses – and people who are in the hospital to get better and not to catch a deadly fatal virus. 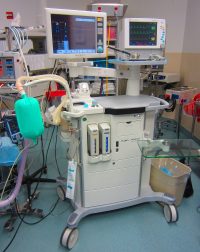 Marissa Blumenthal is back in this book with a perfect career graph and a dream-like marriage, but her world begins to crumble when she finds out that her fallopian tubes are sealed and that she cannot get pregnant. This discovery leads her on a mission across the world to find out more about the baby-making business, but with dire consequences and even a threat to her life.

Read it For:
Cook perfectly etches the desperation of a woman where her motherhood is concerned.

Don't Read it For:
The obsession of Marissa is not entirely believable, and the book also starts a bit slow and tedious.

What makes this book stand out?:
The novel is brilliant in its execution of showing how futile the life cycle is – if there is power to create life, there is also one to destroy it. 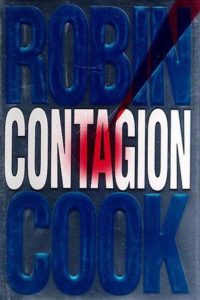 Robin Cook is back with disease epidemic – this time it is Influenza. After losing his job of medical practice to one of those new health center giants and then his family in an airplane accident, Jack Stapleton’s life is in bits, and he seeks refuge in the cold and indifferent chock-a-block of New York City.

Read it For:
If you are a fan of Robin Cook, his recurrent style will captivate you in the same manner yet again.

Don't Read it For:
In case you are not a fan, then this might seem repetitive and done before.

What makes this book stand out?:
The integrity of the protagonist in the face of crisis even though his own life has hit rock bottom. 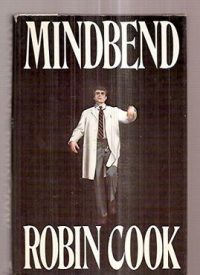 Adam Schonberg leaves his medical school to join the Sales department of pharmaceutical giant Arolen as her wife falls pregnant and there seems to be a financial crisis in the wake of the arrival of the new baby.

Read it For:
Is the medical world as pure and noble as it seems? Or is Arolen hold so powerful a position that they are manipulating it for their purposes?

Don't Read it For:
A curious mixture of excitement and boredom in patches.

What makes this book stand out?:
Dragging the excruciating tales of medical mysteries from the stark white hospital corridors to spooky luxurious cruise ships. 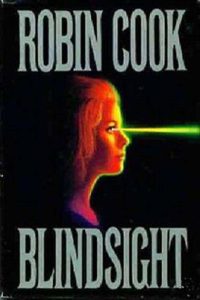 The book introduces New York City pathologist Laurie Montgomery as she delves deep into a recurring drug overdose issue and meets political barriers in doing so.

Read it For:
Laurie’s relentless will to discover the truth.

Don't Read it For:
If the medical thriller genre does not appeal to you at all.

What makes this book stand out?:
Showing how the hands of politics have reached hospitals deciding the lives and fates of people.