John Michael Crichton was an American writer. And not just that, he was also a screenwriter, film director, and producer. His works heavily featured science fiction, thrillers and with sales over 200 million worldwide he is considered as one the best selling writers of all times.

His works also have a lot of action and technology involved as well; if you have read Jurassic Park, then you will understand it. So, here’s a list of best Michael Crichton books in order.

The book has a story where the Jurassic period is recreated by use of DNAs samples from the fossils and by filling the missing gaps with today’s animals. There are incidents of people dying, and the lead along with his group is called there to certify that the place is safe, now they are trapped, and after a series of events, they manage to escape.

Read it For:
If you love dinosaurs and Sci-Fi with thrill then definitely a book for you.

Don't Read it For:
The book is one of Michael Crichton best seller but the story gets slow at some points, but very nice overall.

What makes this book stand out?:
The plot is nice, and the ending is also different from the general kinds. 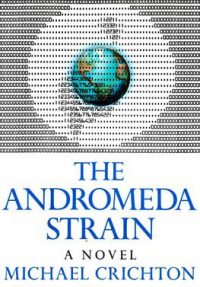 The book has a story in which an extraterrestrial microbe comes to our planet through a crashed satellite, the scientific research about its properties and the reason why everyone was killed at the place where the satellite crashed. They find some amazing answers and everything from there is great.

Read it For:
The amazing science fiction story will keep you hinged till the very end and you will be left thinking about the possibilities of it happening in real life.

Don't Read it For:
The book has an amazing plot, and it is considered as one of Michael Crichton best book, but the fiction can get too much for some to get their head around.

What makes this book stand out?:
The description given the by the author sounds almost real, and the imagination of the author is excellent as well 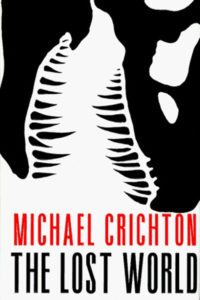 The book continues after Jurassic Park, in this part, there is another park with dinosaurs and two groups are dispatched to investigate the mysterious events on the island. One goes to gather information while other goes to make profit for their organization. The events then turn bad for everyone and the lead and his group are able to leave. Later there are some revelations about the animals as well.

Read it For:
A must read Michael Crichton popular novel for all those who love Jurassic Park and dinosaurs equally with some science and thrill of course.

Don't Read it For:
The plot can feel repetitive as almost similar events happen with the dinosaurs still a very nice book.

What makes this book stand out?:
The imagination and description, a detailed description is really amazing and different. 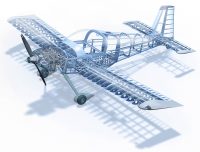 The story is about a plane company whose name is under threat after an accident. The lead struggles to save the company along with the relationship with China, with whom they have to sign a very big deal. She also figures out the conspiracy which is going on there, and you should read it to know about the rest.

Read it For:
Read it if you enjoy conspiracy and not so straight solutions to every problem. Also when the answers become a problem.

Don't Read it For:
The book can get a bit boring with all the corporate stuff going on, but still an excellent Michael Crichton book.

What makes this book stand out?:
The details about the technology used in planes make it worth your time.

The book starts with an abandoned expedition after everyone on the team is killed on site. The search was for diamonds which can be used in computer chips. There is a race going on to get the diamonds without being killed, how they can do it is worth reading.

Read it For:
The science fiction adventure this book will give you is what most readers will love

Don't Read it For:
The book is excellent overall but the turns and twists can get too much for some. 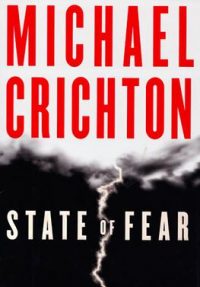 The protagonist of the book is a lawyer who handles an environmental fund, started by the owner of the company to support environment’s protection. He finds out something bad is going on and investigates, then things get exciting as there are a lot of interesting revelations and events.

Read it For:
The concept of artificial disaster and environmental terrorism is very new and exciting.

Don't Read it For:
The concept is new but under the same theme, so a few readers feel that it is repetitive.

What makes this book stand out?:
The message conveyed through the book regarding the environment is beautiful and hard to find. 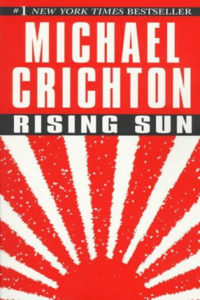 The book has a plot of murder and conspiracy behind it. The story starts with a murder which involves a Japanese firm. The American and Japanese relationship is shown in the book as detectives try to find the culprit. The mystery is unraveled at the end, and the story has some nice turns.

Read it For:
The plot is very lovely and presentation is meticulous. Readers will fall in love with this book

Don't Read it For:
There are some weak points in the story, but overall it is amazing.

What makes this book stand out?:
The way author has addressed something real in the book is very different. 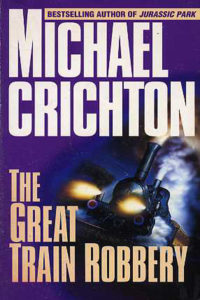 The book describes the life of Victorian London, where poverty and richness live right next to each other. The story focuses on a man who has charmed some rich guys as he plans a grand robbery. Robbery of the steam locomotive, the heart of British Industrial Revolution.

Read it For:
The book will grip you tight with its suspense and surprises in the whole story, a must read for all.

Don't Read it For:
The story at first can feel a little disconnected but as the story goes, everything comes together and makes complete sense; just like a puzzle.

What makes this book stand out?:
The real-life account mentioned in the book is what makes it stand out and worth your time

Eaters of the Dead 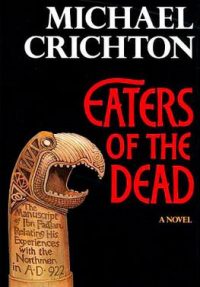 The story features some real-life account in a modified manner. An Arab courtier encounters some Vikings, and they are going north, to rid the Vikings from an Enemy.

Read it For:
If you love history and blood, then this is exactly for you.

Don't Read it For:
The description is excellent but it can be a bit boring for some.

What makes this book stand out?:
The real-life account mentioned in the book separates it from others. 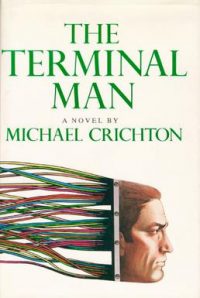 The book again is a medical, scientific thriller in which a doctor has devised a method to cure patients with the problem of seizures. Harry has the problem and is accounted for attacking two men after he experiences violent and uncountable seizures. The treatment is successful, but Harry learns to control the pulses used to calm him and escapes. Everything after that is really interesting.

Read it For:
The amazing style in which author has told this story is what many will love.

Don't Read it For:
The book has a nice flow, but it can get a bit slow for some readers.

What makes this book stand out?:
The different concept introduced in the book is what separates it from the rest and precisely what readers will love.