One of the best writers of twentieth-century Henry Graham Greene (2, October 1904 – 3, April 1991) was of English origin. Best known for his Catholic novels and thrillers, if you are a fan of the genre, then you probably know him. Even if you are not a fan of this particular genre he still is a writer worth your time.

The list of Graham Greene best books is endless (list naturally ends somewhere); his content is known to reflect parts of his life which have been discarded by the writer several times. However, the content of all his novels are meticulous and will leave you to spellbound.

Most of his content featured a theme of love, betrayal, justice, and faith but never in a predictable manner, all his characters were spontaneous which is one the best things about him.

The End of the Affair 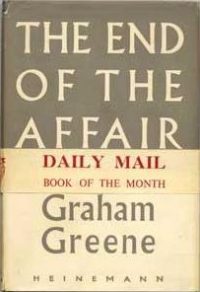 The plot features extramarital affair of Sarah with a novelist Maurice Bendrix, which ends due to certain reasons. Bendrix was jealous due to the past and possible future of Sarah. Events unfold proving him wrong and making him a believer in God, although he ended up hating God.

Read it For:
Read it to realize how jealousy can ruin everything and how you can doubt people with most pure intentions.

Don't Read it For:
Overall a book worth reading but there are points where you can feel half-hearted approach from the author.

What makes this book stand out?:
The in-depth description of events is something which will keep you hinged until the end.

The Heart of the Matter 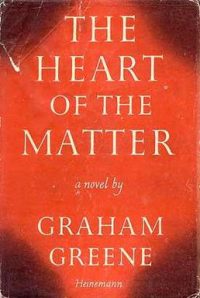 The story revolves around a war-torn state of Western Africa, the lead is assistant commissioner Scobie and his feeling of guilt and responsibility towards his wife Louise and Helen, with whom he had an extramarital affair.

Read it For:
The way in which everything is conveyed in the novel is just amazing and probably that’s why it is one of Graham Greene best sellers.

Don't Read it For:
The novel is amazing as a whole however religious factors and rules can be something which some might find a bit boring.

What makes this book stand out?:
The in-depth description of religion, its rules, and suffering caused by it is just amazing to read. 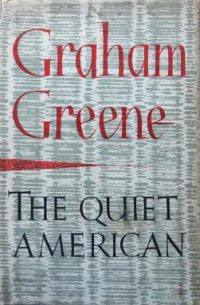 The story is about the involvement of British and American governments in Vietnam War. It revolves around an American official whose ideals result in the bloodshed of many, yet it is justified for him. The story also covers a British reporter who gets involved in all this, although he had the option to stay away and observe. It’s interesting to read how everything has been presented in the novel.

Read it For:
Read it not only for the amazing plot but also to understand the involvement of American and British governments in the war.

Don't Read it For:
The book overall is amazing but you may feel that there is some loss of character when presenting love and lust.

The Power and The Glory 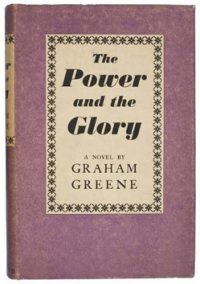 The story is of Southern Mexico under control of Red Shirts. How religion and everything related to it is destroyed is what the writers explained through a priest, who is running for his life desperately.

Read it For:
Read it feel the struggle of priest’s at that time through the description given by writer which makes it one of Graham Greene’s best books.

Don't Read it For:
The book is amazing but the struggle shown due to religion is something which a few might argue on. However, it is nothing to argue about.

What makes this book stand out?:
The way everything is explained it will open your eyes to how present is constructed from the struggles of past. 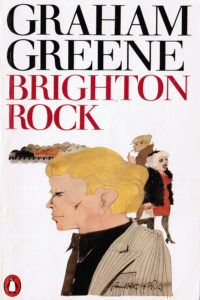 The story is about the vengeance of Ida Arnold after Pinkie kills a man in Brighton a place destroyed by gang war.

Read it For:
The novel is awesome and the way Pinkie’s dark mind is described by the author it’s just amazing.

Don't Read it For:
The novel is very good, the plot can get boring for some, but the story gets interesting as things progress.

What makes this book stand out?:
The book stands out because morals do not dominate the story rather it has supported the story and that’s exactly how it should be.

Our Man in Havana 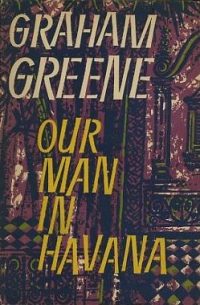 It is the story of vacuum cleaner salesman who gets recruited by MI6 after he gives the test. He is forced to give the recruitment test because of his daughter’s increasing demands and a shortage of money. The plot itself is nice which is why it is one of Graham Greene’s popular novels.

Read it For:
Read it to understand how a good writer cleverly manipulates the plot to keep the reader’s hinged.

Don't Read it For:
The novel is worth reading, but the way in which events unfold can get a bit strange.

What makes this book stand out?:
The plot is thrilling and has parts where you will laugh a lot which is something tough to combine in a novel, but he has done it in the best possible way. 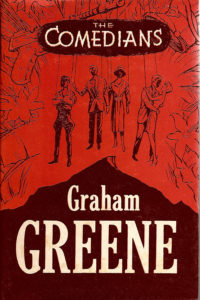 The plot revolves around three men who have some meaningful goals in their life. The world is under control of Papa Doc and his sinister police who make it hard for everyone to have a meaningful life; this is what author has explained here meticulously.

Read it For:
The book is good enough to just read the description author has given of the cold and dark dictatorship. The plot is also amazing so you should read it.

Don't Read it For:
The plot is good overall but some things may feel a bit lose and you can have a hard time getting your head around.

What makes this book stand out?:
The book pictures some real-life happenings from history which makes it stand out from others and is definitely a must-read. 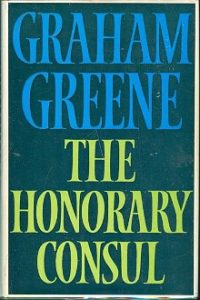 A British Consul member is kidnapped after being mistaken as American ambassador by the revolutionaries in Corrientes, Argentine Littoral. A local unmarried doctor, Dr. Eduardo Plarr now has to work as a mediator between authorities and the revolutionaries. The plot reveals political corruption in the area in a very descriptive manner.

Read it For:
Read it to just admire the way writer has described love, betrayal, justice, and faith. Most of his writings revolve around the same theme, but the level of description in this one is amazing.

Don't Read it For:
The plot is amazing but you may feel that it lacks intensity at some points but you should read it as the book is very nice as a whole.

What makes this book stand out?:
The combination of fun and sad parts of the novel is something different from his general work, and it is nicely done.

The Ministry of Fear 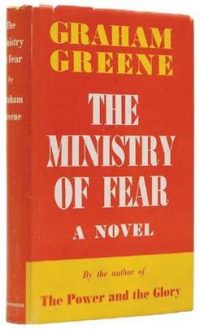 The story is about Arthur Rowe who is living a life alone. He won a cake one night and the organizer’s wanted it back, refusing to give it back turns out to be a real trouble form him. He is then hunted by Nazi’s and other dark forces. How he wins the cake and how everything happens is something you should find out when you read it.

Read it For:
Read it if you are someone who enjoys thrilling novels as this one is filled with thrill from start to end.

Don't Read it For:
The plot is amazing but some might feel that it lacks the punch unlike other novels from the author.

What makes this book stand out?:
The way twisted characters are presented in the novel is really good and is something you should read.

A Burnt Out Case 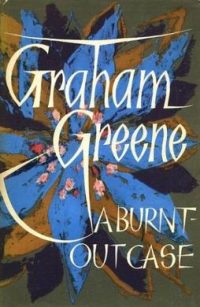 Querry sets out on a voyage away from the name and fame to find peace; he reaches a place which feels like the end of the world to him. He is then diagnosed with a mental disease which is equal to “A-Burnt-Out-Case.” He finds his cure in working for the society. The plot is nice and has tons of drama.

Read it For:
The engaging plot and content is what you should definitely read it for.

Don't Read it For:
The story is short and nice overall, but the melodrama can get boring at times.

What makes this book stand out?:
The dense story in such an exciting form is something really different from others