In ancient near eastern religions and in the derived Abrahamic traditions, a demon is considered an “unclean spirit” which may cause demonic possession, to be addressed with an act of exorcism.

In Western occultism and Renaissance magic, Jewish demonology, and Christian tradition, a demon is a spiritual entity that may be conjured and controlled. Many of the demons in literature were once fallen angels. In general fiction, demons tend to be creatures from Hell, often Satan’s minions, who bring misfortune to humans. 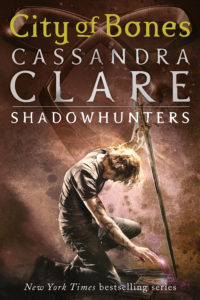 Fifteen-year-old Clary Fray witnesses a murder at the Pandemonium Club in New York City. She meets Jace, a Shadowhunter, and is pulled into the world of vengeance when her mother disappears, and Clary gets attacked by a demon.

Read it For:
Cassandra Clare’s entertaining fantasy takes readers on a wild ride with exhilaration and thrill.

Don't Read it For:
The characters are fairly one-dimensional. This is the kind of book that is well-suited for young and not older, experienced readers.

What makes this book stand out?:
Clary’s feelings towards Jace have been described in a lot of detail which makes it immensely enjoyable. 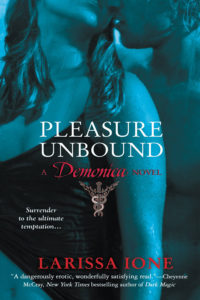 Tayla Mancuso is a demon-slayer who is hungry for sensual passion but fears that it will be denied her. The head doctor, Eidolon, makes her want him so bad but she will have to bury her feelings in order to remain loyal to her peers. Eidolon, on the other hand, cannot resist this intelligent and a dangerous woman. Will he let her take over his body and soul?

Read it For:
Ione has written the characters well and with a lot of detail.

Don't Read it For:
The beginning is slow, and it takes some time for the story to start flowing in the correct pace.

What makes this book stand out?:
Tayla is a kick-ass character who has been through a lot in her life but doesn’t let any of it pull her down. Ione has paid significant attention to her protagonist to ensure that she is a lovable character. 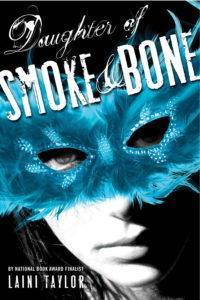 Karou is a young art student who fills her sketchbooks with monsters that may or may not exist. She has naturally blue hair and is on the path of self-discovery. Karou meets the beautiful and haunted Akiva, and it results in a star-crossed love with a violent past.

Read it For:
There are mesmerizing descriptions of all the creatures in Karou’s sketchbook. Taylor has given a lot of importance for detail.

Don't Read it For:
Despite Taylor’s impressive world-building, the story isn’t very deep or moving. You find what you need to on the surface.

What makes this book stand out?:
The writing is mysterious and very intriguing. It will keep you guessing until the very end. 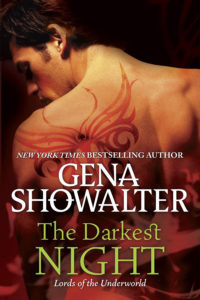 Ashley Darrow has been tortured by her past, throughout her life. She moves to Budapest thinking she will be able to seek help from men with supernatural abilities and ends up meeting Maddox, a man with his own issues. They have an incredible passion for each other, but every touch will slowly push them towards destruction.

Read it For:
Their love story is beautiful and makes you want more. There is an intriguing plot and notable character development.

Don't Read it For:
Showalter’s writing is very light and sugary, which some readers might not take seriously.

What makes this book stand out?:
The mix of Greek Mythology, paranormal creatures, and urban legends is very interesting. 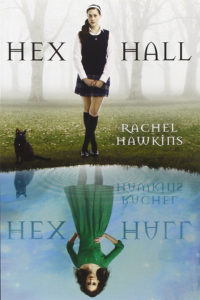 Sophie Mercer discovered three years back that she is a witch. After attracting attention on Prom Night, her father decides to punish her by sending her into exile to Hex Hall which is an isolated reform school for witched, faeries and shape-shifters. Sophie then prepares for a threat that is determined to destroy her.

Read it For:
The book is a perfect blend of paranormal fantasy and character development.

Don't Read it For:
It is a light-hearted fantasy book most suitable for young readers. (Pre-teens and teenagers) Most experienced readers wouldn’t be able to read it with absolute intrigue the author has meant for it to be read with.

What makes this book stand out?:
The author has put a lot of effort into creating the world that Sophie exists in. The world-building is certainly something to appreciate. 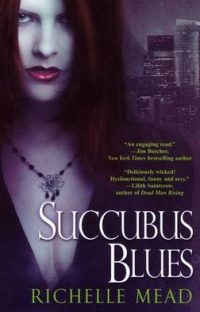 Seattle succubus Georgina Kincaid works at a local bookstore where she finds Seth Mortensen. She will have to put her fantasies on hold because of something wicked happening in Seattle’s demon underground.

Read it For:
Georgina Kincaid is a very interesting and entertaining character.

Don't Read it For:
The beginning of the book presents some hardships to get through, and it finishes fast. So, there is not a lot of consistency.

What makes this book stand out?:
The world-building isn’t very complicated. Therefore, it is effortless for readers to understand the plotline and the different characters in the story. 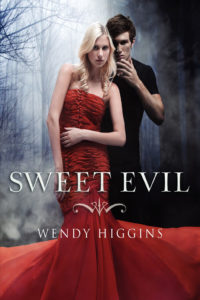 Anna Whitt was born with the sixth sense to see and feel emotions of other people. She meets the alluring Kaidan Rowe and discovers her terrifying heritage.

Read it For:
There is a lot of originality in the way Higgins has built the world Anna Whitt lives in.

Don't Read it For:
Higgins created a perfect heroine to the extent that she isn’t perfect anymore. The rest of the characters are also one-dimensional and shallow.

What makes this book stand out?:
The book has twists that you will not be able to predict and it will keep you guessing until the very end! 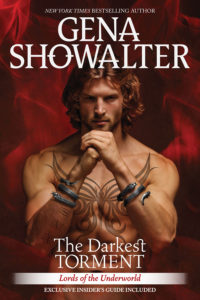 Anya, the goddess of Anarchy, has never known pleasure until she meets Lucien. Unfortunately, the Lord of the Underworld is ordered to claim Anya, her and Lucien’s story becomes an anguished pursuit.

Read it For:
Lucien is a brooding, sad and lonely hero who falls in love with a woman who wouldn’t give up on him, no matter what.

Don't Read it For:
Halfway through, it gets slow, and you might start to lose interest in the story because of the flat way the characters have been described.

What makes this book stand out?:
Anya and Lucien’s love story is a modern-day epic that, with all the hardships they face, will keep you thrilled until the end! 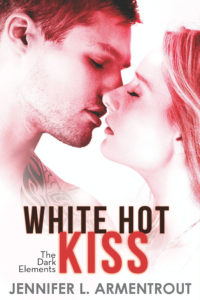 Layla is half-demon and half-gargoyle, and her kiss can kill anyone with a soul. Despite her otherworldly traits, she tries hard to fit in, ignoring the dark side of her she loves most. She meets Roth, a soulless demon while hopelessly crushing on Zayne, a gorgeous Warden.

Read it For:
Roth is a swoony character and is the subject of the story that is cheesy but darkly romantic

Don't Read it For:
Armentrout tries to create perfection. Her heroine is a regular, “good girl” and this causes her actions to be easily predictable.

What makes this book stand out?:
The existence of demons and Wardens sounds interesting and catches attention.

Mark of the Demon 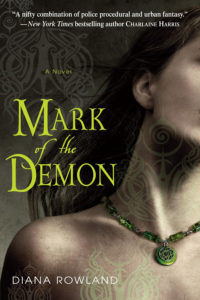 Kara Gillian is a detective who conjures an angelic creature, named Rhyzkahl, with her occult skills. She is the only cop capable of stopping a killer who has already claimed the lives and souls of thirteen people.

Read it For:
Diana has written a strong heroine with Kara Gillian who is intelligent and powerful.

Don't Read it For:
The story begins with Kara talking about herself a lot which tends to reveal that she is a loner and readers’ minds would tend to wander with a lot of useless information being generated.

What makes this book stand out?:
Diana Rowland managed to extend the concept of demon summoning and has challenged people’s general ideas about the topic.