Clive Eric Cussler is an American novelist and an underwater explorer. Known for his character Dirk Pitt, Clive Cussler’s books are of the thriller genre. Having written around 70 books, some of Clive Cussler’s popular novels are Inca Gold, Rise The Titanic!, and Pacific Vortex!

Given below is a list of the best Clive Cussler books in order of their publication; here they are, the top 10 books by Clive Cussler! 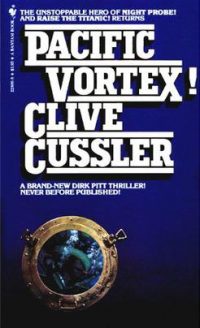 While enjoying his time on Oahu Beach, Dirk Pitt notices something floating on the waves; he swims out into the crashing waves and retrieves what he discovers is a communication capsule that contains a desperate message from the commander of the U.S. Navy’s newest nuclear submarine that has been missing for half a year. This is one of Clive Cussler’s best books.

Read it For:
If you like strange theories about the mysterious places like the Bermuda Triangle, this book is just the thing for you!

Don't Read it For:
Cussler has been accused of making use of severe stereotypes in his books.

What makes this book stand out?:
Imaginative assumptions of what may be going on near the Bermuda Triangle!

When coast guard plane discovers the remains of a yacht that was expected at the White House frozen in an iceberg, Dirk Pitt is called to investigate. With only two clues to go on, nine engraved rings and the charred bodies of the ship’s crew, Pitt embarks on a dangerous journey to find out who is out to disrupt peace around the world.

Read it For:
The thrilling adventure and chase of the plot

Don't Read it For:
The book makes use of very poor language and is unnecessarily homophobic.

What makes this book stand out?:
The uniqueness of the plot and Dirk Pitt’s character that is supposedly based on that of James Bond’s! 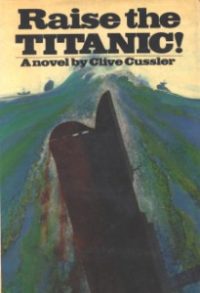 Raise The Titanic! is a story about a sunken treasure that lies within the ruins of the Titanic. In a classic historical fiction story, Cussler brings back the Cold War countries, America and Russia, in a race to find the treasure; an element called byzanium, tucked away in the cargo hold of the famous luxury cruiser.

Read it For:
The suspense and the race that runs in the book from the first page to the last.

Don't Read it For:
Cussler’s has often been criticized for being extremely sexist in his writing, and this book, unfortunately, supports the claims.

What makes this book stand out?:
The influence of Cussler’s experience in underwater exploration on his work. 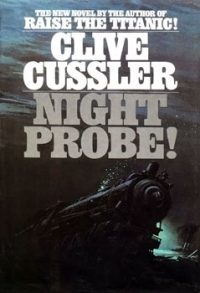 At a time when the country is close to a financial breakdown, a young naval commander named Heidi Milligan discovers a vague reference to an old pact drawn up between the United States and Great Britain. This pact could save the nation, but the only drawback is that both copies of it were lost in the Atlantic in disasters that happened years ago. The President calls upon the only man who can retrieve these documents, and that is none other than Dirk Pitt!

Don't Read it For:
The plot is scattered all over the place, according to some readers.

What makes this book stand out?:
The familiarity of the character of Dirk Pitt and the insane adventure. 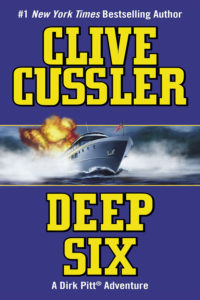 When the water off the coast of Alaska is contaminated with a poison that is deadly enough to wipe out life, Dirk Pitt, and his team take to the region to find out what, or who is poisoning the water. In their investigation, however, the team stumbles upon a plot that could shake the foundations of the United States government.

Read it For:
How entertaining and fast-paced the action in the story is

Don't Read it For:
After reading Clive Cussler’s best sellers, his other books do lack the same kind of charm.

What makes this book stand out?:
The conspiracy and suspense in the story!

In this story, Dirk Pitt discovers the hidden trail to the treasures of Alexandria. Pitt does not see the more significant conflict until it is right under his nose, and he is thrown into a frenzy of conspiracy and world domination.

Don't Read it For:
Many have said that the two stories in the plot are not very well connected.

What makes this book stand out?:
Cussler’s incorporation of conspiracy and imagination into actual historical events. 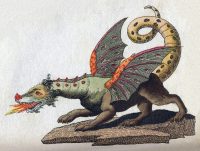 When a Japanese cargo ship is destroyed while voyaging on the Pacific, the Japanese devised a plan to destroy the Western powers. The country turns to its hero, Dirk Pitt, to leap into action and is caught in a web of conspiracies, enemies, and destruction!

Read it For:
The book is charged from beginning to end and is fast-paced and packed with action.

Don't Read it For:
Cussler’s books begin to sound monotonous since their storylines and structure are quite similar.

What makes this book stand out?:
The cunning intelligence of Pitt’s to always solve an almost impossible problem!

Set in Egypt, Dirk Pitt saves the life of a scientist who is investigating a disease that has devastated North Africans into the most unimaginable behavior. While on their way to solving the problem of the disease in the hot sands of the Sahara, Pitt is faced with enemies from the West, and simultaneously uncovers the truth behind Lincoln’s assassination and Amelia Earhart’s disappearance.

Read it For:
The kick off the plot and the unprecedented events that unravel throughout the story.

Don't Read it For:
Cussler’s writing is simple but perceived as somewhat lacking in excitement and vigour.

What makes this book stand out?:
The shocking conspiracy theories and plotline. 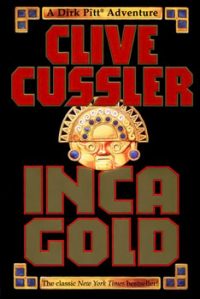 When Dirk Pitt saves two archeologists from drowning, he is drawn into a scheme riddled with deception and suspense. A crime syndicate is rushing to claim the recently rediscovered treasure of the Incas, and Dirk Pitt has a race to win before they can lay their hands on the priceless fortune!

Read it For:
The well-devised plot!

Don't Read it For:
After the rising action the book becomes a bit of a drag and is difficult to read through.

What makes this book stand out?:
Cussler’s books always shine out for their uniqueness in setting and diversity in global history. 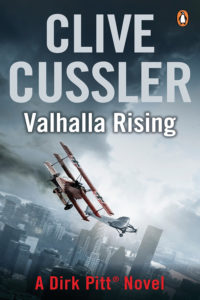 Emerald Dolphin, ship with cutting-edge technology suddenly sinks on its maiden voyage, eliciting suspicion from Dirk Pitt’s team, NUMA, that notices smoke and heads to investigate. Pitt rescues the engineer of the ship’s daughter and then sets out with NUMA to check what could have caused the ship to sink. What they discover about its mechanics shock them beyond comprehension, and so begins a raging mystery of technology only seen before in the writings of Jules Verne!

Read it For:
The engaging plotline; this book makes for a light and entertaining read.

Don't Read it For:
Its repetitiveness: the events in every Dirk Pitt novel end up being the same.

What makes this book stand out?:
The joy of reading about historical events remains strong even in this novel of Cussler’s!