Aircrafts have been long used for various things. The best use of aircrafts was seen in the wars, especially in the World War II. Although these fighter planes and bombers wreaked havoc all over the world, the fact of the matter remains that they were one of the most effective weapons at the disposal of humankind and still continue to be.

A bomber is an aircraft which is designed to attack the navel targets and ground by dropping bombs. There are many strategic aircraft which are an asset during a war. Some books have been listed below naming the bombers and the bombing war.

Below mentioned is the list of top 10 books on bombers: 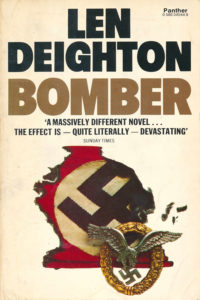 This book is written by Len Deighton which is a classic novel of the Second World War relating to the 24-hour story of an allied bombing raid in incredible detail. This novel follows the progress of air raid through 24 hours in the summer of 1943. It is a terrifying novel which portraits all the participants of air as well as the ground of Britain and German in a drama.

Read it For:
This a novel of war which has no victors and no vanquished. It includes only those who die and those who remain alive.

Don't Read it For:
You won't find the novel interesting in the beginning, but until the end, you'll get involved with the characters.

What makes this book stand out?:
It is a documentary as well as unique, emotional as well as overwhelming. Deighton has produced a masterpiece by combining his skills of being a novelist and a historian.

The Bomber Boys: Heroes Who Flew the B-17s in World War II 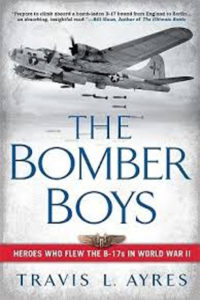 "The Bomber Boys" written by Travis L. Ayres depicts the conditions the brave men who had to fly in the bombers went through. Flying in the bombers in the skies above Nazi-occupied Europe was the scariest theatre of operation as it offered huge ways to die.

Read it For:
The book is liked by everyone as it is about the true accounts of the sacrifices of the brave men.

Don't Read it For:
This is a completely true story and lacks fictional imagination.

What makes this book stand out?:
This novel makes those men immortal and tells the readers that they need to be remembered, making it one of the best reads on the list of books on bombers. 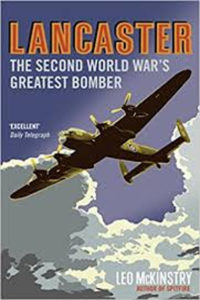 This novel tells the history of the main reason behind the victory of second world war. The reason was Lancaster which was the main weapon that helped Britain take the fight to the German homeland.

Read it For:
The novel is an excellent and comprehensive overview of the main reason for the victory and the most important machine of the Second World War.

Don't Read it For:
This book is not at all for statisticians.

What makes this book stand out?:
This is the best book on a bomber which will definitely be loved by people who like a narrative. 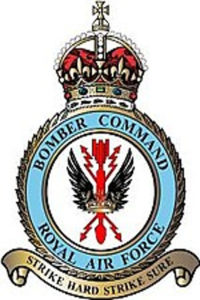 Read it For:
Hastings has beautifully emphasized the strategic and technological primitives prevailing during that stage.

Don't Read it For:
He has objected many prevailing facts and has stated them in his way diverting the readers from the truth.

What makes this book stand out?:
The book is thoughtfully analytical as well as emotionally gripping at the same time. The book is a successful book in every manner.

The B-58 Blunder: How the U.S. Abandoned Its Best Strategic Bomber 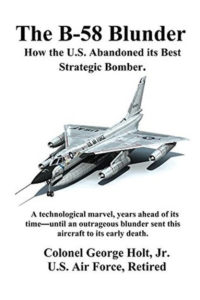 This is the work of George Holt Jr which is a case study on how the fantastic weapon, B-58, came to premature death. The reason behind this blunder was the infighting among military and civilian leaders. This bomber had a highly accurate bombing and navigation system. Its loss was a strategic mistake.

Read it For:
George has described the functions of this aircraft and has explained how useful it could have been if it wasn't destroyed.

Don't Read it For:
The book has focused on particularly one bomber, B-58

What makes this book stand out?:
It gives a moral to the military and civilian leaders to be more careful in future so that future blunders like this can be prevented and the fantastic weapons like B-58 can be saved. 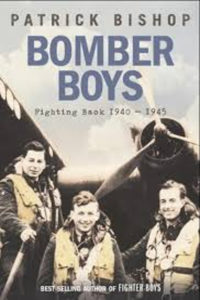 This novel by is a well written and a beautifully narrated story of the men and women of Bomber Command during the Second World War. In this work, Bishop has captured the emotions and the motivation of the bomber crew involved. Bishop pays tribute to their determination and heroism with his work.

Read it For:
He has explained the complete story of the struggle of the bomber boys which had nothing romantic in it.

Don't Read it For:
The book has been broken into sections and does not offer any help in reading.

What makes this book stand out?:
"Bomber Boys" has brilliantly managed to restore these men to our consciousness. This book is one of the best books on bombers.

B-17 Flying Fortress In Action 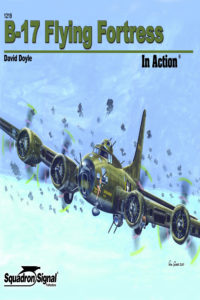 The B-17 flying fortress is that weapon which dropped literally more bombs than any other aircraft in the second world war. This is said to be the iconic bomber of that unique conflict. This book provides a comprehensive overview of the aircraft's development and also delivers the picture of its use.

Read it For:
The book also contains the statistical data of bombs being dropped by this aircraft since the time it was produced.

Don't Read it For:
The book is wholly about the features, uses and the complete story of one bomber, B-17.

What makes this book stand out?:
The book not only illustrates the situation but also provides around 200 vintage photographs and detailed line drawings.

B-52 Stratofortress: The Complete History of the World’s Longest Serving and Best Known Bomber 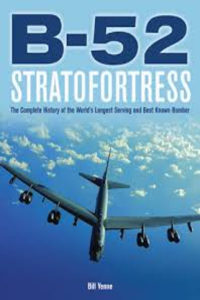 Read it For:
It has explained every feature and use of B-52 which covers every aspect of aircraft's development.

Don't Read it For:
The book has explained the topics of the bombing war with a very brief description. This book is, however, a part of the most popular books on bombers.

What makes this book stand out?:
This is the longest serving aircraft which is scheduled to continue as the part aircraft till 2040.

Inside the Stealth Bomber 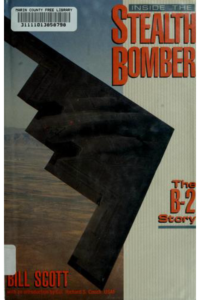 This book is written by Bill Sweetman who has described the behind-the-scenes view of Northrop B-2 Spirit and gives information about the complex features of the weapon.

Read it For:
It has explained everything regarding the weapon, like how it is built, how it penetrates the air defenses of the enemy and destroys it, and also how it is operated.

Don't Read it For:
The book has no part about the actual bombing war history.

What makes this book stand out?:
The book also consists of cutaway drawings and cockpit photos, which makes it find a place on the 10 best-selling books on bombers. 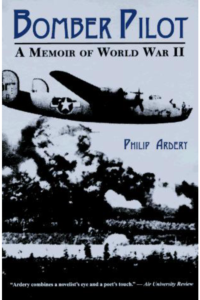 Bomber Pilot is written by Philip Ardery and is considered as the moving contribution to American history.

Read it For:
This is among the best selling books on bombers all for its amazing descriptions

Don't Read it For:
The book is found to be boring in the beginning.

What makes this book stand out?:
The book has won the Best Aeronautical Book Award as it offers good information.