India is a land of mysticism and culture. The same culture and various discussions and views of mysticism are captured by the pen of the various writers. Religious books are well accepted and have got hundreds of enthusiastic and eager readers across the country. Some talk about religion, some talk about beliefs and myths while other talks about reinventing oneself through the guide of life provide hundreds of years ago. 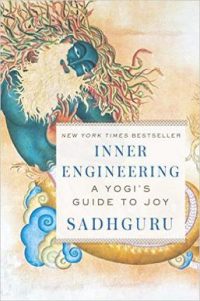 It is one of the most revolutionary books of the top 10 religious books list. The writer visionary and the mystic reflects on the experiences of spirituality and yoga. He introduces the transformational concept which he names Inner Engineering. The concept has been developed by the author for several years with practices effective enough to align the mind and body with energies surrounding the body. It helps to create a circle of limitless power and possibilities. Inner engineering can be anyone key to success and door to limitless potentialities. Read it for: A constructive views on the yogic concept and mystic art.

Read it For:
A constructive views on the yogic concept and mystic art.

Don't Read it For:
Some readers might experience pre-emptive separation anxiety while reading.

What makes this book stand out?:
A good way to cope with busy life and open doors of possibilities in a simple manner. 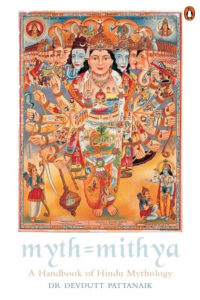 Hindu mythology is vast and is full of variety. The list of book recommendations on religion would be incomplete without a book on Hinduism. There are numerous gods, goddesses, demons and gods of space and time. Each caste comes with their god, and thus there are over millions of Gods and goddess. The author focuses on mythological facts and makes an attempts to prevailing questions on them.

Read it For:
A good attempt to simplify the complex mythology related to Hinduism.

Don't Read it For:
If one is a stern believer of the religion, some ideas might create a question.

What makes this book stand out?:
It simplifies a complex idea and belief under practice for hundreds of years.

Laws of the Spirit World 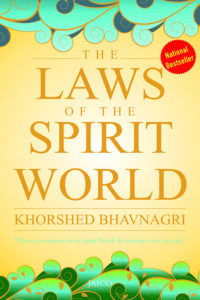 An old book from 1980 but the list of best books on religion is incomplete without it.  The book rests on the law of the spirit world. The world of parents was lost when two sons were lost. Losing faith in life, the parent’s life is in jeopardy. However, they get a message from the spirit world which gives them hope and set out on a journey like no other.

Read it For:
Its relevancy and provision of important information.

Don't Read it For:
The explanation of the seven realms is oversimplified.

What makes this book stand out?:
A good narrative used to share important knowledge of unanswered questions of life.

Two Saints: Speculations Around and About Ramakrishna Paramahamsa and Ramana Maharishi 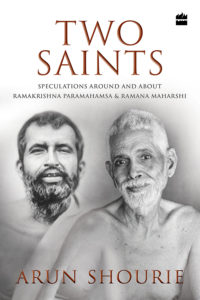 The writer deals with Ramakrishna Paramhansha and Maharishi, two of the most renowned saints in India. This book in the top 10 religious book list is on people who lived in India.  The author reflects the discussions of life and death, God, from the words of Ramakrishna and Maharishi.  The effective explanation is added by the author as he views the concept from views of neuroscience, sociology and psychology.

Read it For:
A good explanation of words of saints from eyes of modern knowledge.

Don't Read it For:
Some of the ideas might seem to be over judged.

What makes this book stand out?:
Vision of author to see aesthetics and explain it with logic and rationality. 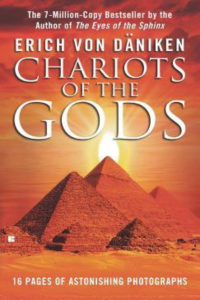 Perhaps the most controversial books of the 20th century.  In fact, the book is one of the most copied books around the world, and it is an automatic entry to top books on religion. Other books have tried to establish the myths regarding religion, tried to explain the words. Doctor Daniken reflects on the origin of the Gods as the aliens which our ancestors marked them as the ‘Gods’ or celestial beings.

Read it For:
Excellent proof based ideas and concept presented by the author. The book went to 63 million sales around the world.

Don't Read it For:
Not recommended for strong believers in religion.

What makes this book stand out?:
a Best book written on religion and translated into 28 languages. 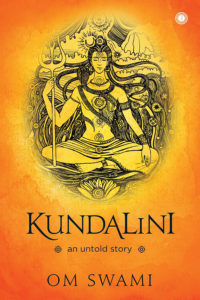 The author aims to empower the readers through his book of untold stories. It aims to supply the readers with a huge array of knowledge. The readers would gain knowledge and utilise it advance information while learning. The publishers too have been doing an instrumental work in empowering the readers of all ages, encouraging them with innovative ideas which would inspire them. It is one of the most innovative books in book recommendations on religion.

Read it For:
In inculcates the idea of humanistic religion where man and life are in focus.

Don't Read it For:
Some ideas given have not been tested and proven.

What makes this book stand out?:
An excellent concept to enrich life with information and inspiration. 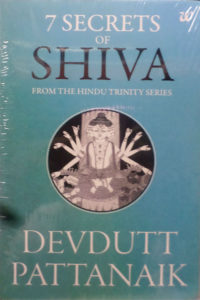 Shiva is sometimes the ‘Adiyogi’ or sometimes the ‘destroyer’. Pick up this book from the list of top 10 religious books to know secrets on Shiva. A wild natured man, with a family, with wife and two children and a task of finishing the evil. There are varied representations of Mahadeva. The writer reflects on the various representation and aspects and attempts to interpret.  He utilises anomalies, symbolism and rituals of Hindu worship for reference.

Read it For:
Unknown facts on Shiva and his association with rituals and symbols.

Don't Read it For:
The facts and beliefs are hard to separate at times.

What makes this book stand out?:
A good structured and informed book on Lord Shiva one of the popular deities of Hinduism. 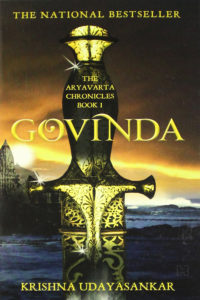 This is the first book of the series excellently reflected by Krishna Udaysankar on Lord Krishna.  Krishna is the firstborn of Vasista Varuni. His purpose is the protection of divine order on earth.  Govinda is Udaysankar’s bestselling debut novel and the first of the Aryabhata series. It is one of those mytho-historical genre books in the top 10 religious books of 2016.  The books are the one in which history, mythology and fiction amalgamate in a well-written manner.

Read it For:
Demystifying the heroes, villains from the mythology with excellent storytelling.

Don't Read it For:
It strongly resembles the Amish series according to some readers.

What makes this book stand out?:
A fast-paced book which is designed with the immenseness of the Mahabharata. 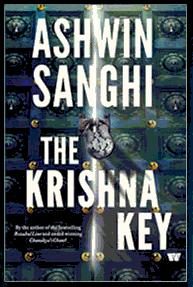 A book on Krishna the magical being who came to earth about five thousand years ago.  A rich boy thinks himself to be a modern renunciation of Krishna or an ‘avatar’. However, he is a serial killer. A tale which is heart-stopping, where the murderer murders in the name of God and unravels a secret of Krishna’s legacy to humanity. A well-designed plot which engulfs the readers with thrill and mystery.

Read it For:
One of the best books from the author who is one of best front-runners in historical and mythological writing. A must-read for the book recommendations on religion.

Don't Read it For:
It cannot attract readers who are not a fan of mythological fiction.

What makes this book stand out?:
A well-chalked story combining mythology, history and crime thriller.

Aghora: At The Left Hand Of God 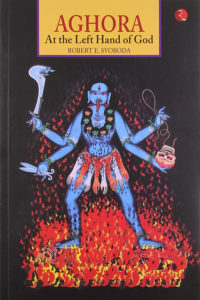 A splendid book on the spiritual discipline of Tantra. An aghori is a person who practices tantra. The author takes a glimpse into the life of tantra practice master looking through the depth of consciousness. Vimalanda and his yogi friends are the characters in this story. This book recommendation on religion deals with tantra the mysterious practices done by some sadhus. The practice takes place in cremation grounds, and weird rituals are associated with the practice.  The book is the first of the Aghora trilogy instalment. Vimalanda’s own words are depicted in the book.

Read it For:
Unravelling the mystery behind tantra and the Aghori sadhus. The sadhus have been heard to eat from the pyre and dwell on a life of isolation.

Don't Read it For:
The book is not for all the readers. Only enthusiasts about the art and practice would find it as a read.

What makes this book stand out?:
The book sends out much more than the knowledge on the aghory cult. The readers would find a new dimension to spirituality.