Everything in this world works on belief. A particular belief system is enough to make or break a man. A belief system is closely associated with religion. It is a set of thoughts, opinions, and perspective of each towards certain things. Now to emphasize on this matter, it would make sense say that a belief system is entirely subjective and can be rational, irrational, dynamic, mainstream, modern or orthodox and the list goes on. If we consider religion and sight an example on belief, we can say that it is the belief system that might make a man a believer of God or an atheist; or neither of those two or both a theist and an atheist.

Sounds absurd? Well, nothing really can be considered entirely ridiculous about a particular belief system as it varies from person to person.

To further drag the conversation here is a list of top 10 books on Belief that would give you a look into different belief systems and get you familiar with a few stories on belief which is worth a read. 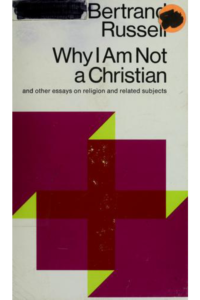 This piece by Bertrand Russell is an essay written with logical arguments, following the theories of Darwin, dismissing the existence of God. Also, he sites references to Christian theology and expresses his doubts about the profoundness of the theologies. According to Russell the historical existence of Jesus is doubtful, and the religion and its theories were initially based on fear.

Read it For:
A lot of logically defined ideas that are good enough to consider as a second opinion even for a believer. Also, an insight into Darwin’s theories with a practical approach to life and religion.

Don't Read it For:
The theories talked about in the book would need the readers to seek out for external references which might disrupt the flow while you read.

What makes this book stand out?:
one of the best that you can find that contrasts Christian beliefs and theories with a lot of logical reasoning. Definitely makes a place for itself on the list of best books on b 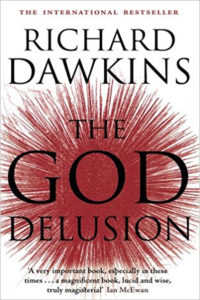 The book contains Dawkins’s criticism of religion and the existence of any ‘Supreme Creator.’ In the book, he openly admits to being an atheist and uses a wide number of arguments to emphasize on what he believes to be a fact that there is no God, but there exist among the people his delusions.

Read it For:
A wide spectrum of arguments raised against the existence of God and the current belief system of people. A good read for anyone who would wish to contemplate on the existence of religion and moreover you surely would not want to miss out on this bestseller.

What makes this book stand out?:
The book did evoke mixed reactions from the public but is a must read to know more about the roots of religion and follow a bit of hypothesis supporting his arguments against God’s existence.

The Reason for God: Belief in an Age of Skepticism 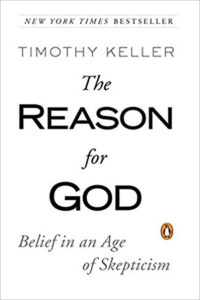 This is one kind of book that is written neither favor of the believers nor in support of the atheists. It focuses on the gap in between being a believer and an atheist. It can be seen as an antidote for the theories established by the above-mentioned writers and dilutes their strong criticism towards the existence of God and for the theists.

Read it For:
A good read for it bridges the gap between belief and denial and bears reference to what many of the people are today apart from falling under these two categories.

Don't Read it For:
No strong emphasis or logic put forward in the book for the readers to contemplate on.

What makes this book stand out?:
A very laid-back take on the matter of belief but establishes a very strong theme that includes the absence of any true religion, criticism of typical theories of the church and a lot other such themes.

The Language of God: A Scientist Presents Evidence for Belief 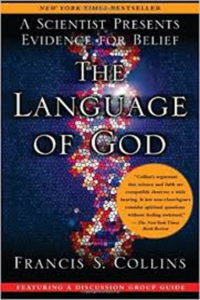 Unlike the previous ones in the list, this book by Collins highlights arguments for the existence of God and puts different arguments from a lot of different disciplines such as biology, psychology, astrophysics, etc. in order to prove his point.

Read it For:
Surely a good read for the ones looking to get a positive lookout on theism and religion and also it offers a logical explanation of the correlation between belief and science.

Don't Read it For:
The book highlights only a single perspective that focuses on the existence of God and all other theories are ruled out, and therefore, the ones against the theory might just find it hard to relate.

What makes this book stand out?:
One of the best of books that gives a total account on the part of theism that has been so contrasted against by many and in doing so it puts all arguments with logic and practical reasoning which makes the book a must-read. So it features on the list of books on belief. 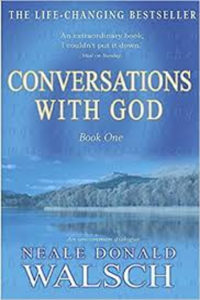 It highlights the author’s conversation with ‘God’ and an array of ideas in the book that has to do with religion and belief. It highlights themes like unity among the people, the existence of one God, the realization of self and a lot more.

Read it For:
The topic is as different as it is interesting and makes an excellent read with a lot of different themes.

Don't Read it For:
The writing style might seem a little pedestrian and not go well with many.

What makes this book stand out?:
It is written in a positive tone without criticizing anything and the highlighting the fact that even where differences of opinion exist it is not right or wrong. 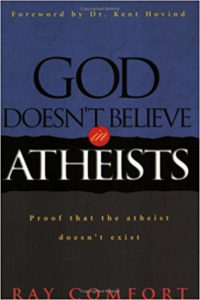 It is a book for everyone. And by that, I mean everyone irrespective of being an atheist, a believer or an agnostic. It is also written in a positive tone for the believers. Also, it sites reference to Bible and its aptness in today’s world.

Read it For:
A different take altogether on religion and belief that more refined a way to understand religion.

Don't Read it For:
The book emphasizes on some facts that might not seem to be true such as it states that the Bible does mention the disappearance of dinosaurs, the ozone layer, the radio and many other such facts which were discovered scientifically.

What makes this book stand out?:
A concept that would sit well with most of the readers and would be loved for its concepts. And therefore it makes it to the list of popular books on belief.

Prisoners of Belief: Exposing and Changing Beliefs That Control Your Life 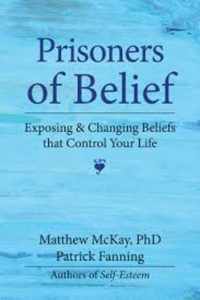 This book is entirely based on how a belief or an idea imbibed by a person can entirely change their life and have an effect on their personality. This book will guide you to be a self-actualized by understanding your core beliefs and eliminating out the negativity within.

Read it For:
In case you had wanted to read something insightful to life, this is definitely your pick.

Don't Read it For:
The book lacks creativity and appears to be mundane at times.

What makes this book stand out?:
A good pick for some motivation and aspiration that one might require in their life. Therefore, it gets a position on the top 10 best-selling book on belief.

There Is a God: How the World’s Most Notorious Atheist Changed His Mind 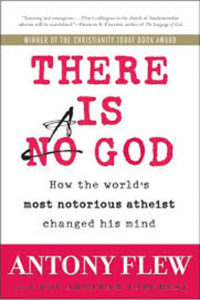 This book is the writer's own account of his conversion from an atheist to a believer. In the initial chapters, the author talks about what actually led him to become an atheist in the first place. He published a lot of his works openly in support of atheism but later became a believer, a Christian. It is his journey and arguments to emphasize his opinions on both theism and atheism.

Read it For:
The book covers a journey from theism to atheism and back and therefore it is a must read for all those who want an idea o both the topics.

Don't Read it For:
Too many concepts and ideas highlighted which might confuse the reader

What makes this book stand out?:
It is a complete manual of every belief that exists and upholds an argument from both the sides but the ball, in the end, goes to theism’s court. Definitely counts as one of the best books on belief. 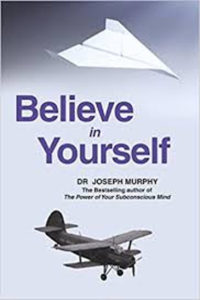 The book highlights every aspect of self-belief that can help building greater peace of mind. Everything from goal setting to visualization this is a complete guide to controlling your mind to your benefit.

Read it For:
Highlights every aspect from theism to self-belief. This book is an easy pick for anyone.

Don't Read it For:
The concept runs in the loop at places, overlapping sometimes which the readers might not like

What makes this book stand out?:
Emphasizes on how what you believe in can transform your life. There is lucidity in the book that makes it relatable and easy to follow. 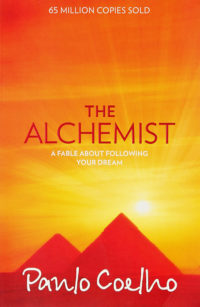 The book is a fiction work and is based on a magical journey of a shepherd in search of treasure, believing in omens by nature. There are a plethora of themes in the book, including destiny, luck but above all, it portrays how believing in yourself and everything that you want will take you high in life.

Read it For:
An interesting plot, the themes being highlighted beautifully. The reader will stick till the end for the same.

Don't Read it For:
A lot of overlapping philosophies laid down which the readers may not get.

What makes this book stand out?:
A well-knitted story, highly motivating which makes it one of the most read books of all time as well as one among the best books on belief, making it the best read on the list of books on belief.