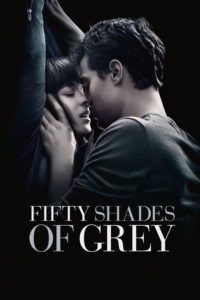 the Fifty Shades of Grey is the first book in the series of the Grey Trilogy written by EL James. This book is written from the perspective of Anastasia Steele who is the female protagonist in the series. In the story, Anastasia is a rather simple girl with not-so-big ambitions for life who meets Christian Grey accidentally on a forceful interview who is the charming CEO of the Grey’s enterprises with not so charming secrets. Anastasia, who has never been close to the sexual pursuit of life ever before, finds that Christian, rather enjoys extreme physical activities. What begins as a confidential acquaintance with benefits soon turns out to be a love affair but only for Anastasia. The novel sees a rather abrupt end and the two-part their ways.

Read it For:
For every woman and man alike, this book has an undeniable capacity of taking you on an unexpected ride filled with sexual pursuits, luxury, and romance all together at once.

Don't Read it For:
Despite it being a bestseller, many critics say that the character of Anastasia Steele is rather dumb and that the book should be based on real facts. 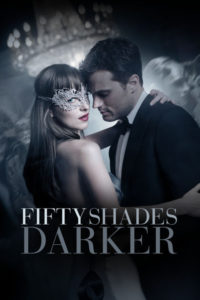 This book continues right from the point where book one ends. After four days filled with misery and discomfort, Anastasia and Christian find their way back to each other but this time, they both confess to being in love. Just as we think that everything is going well, James introduces Anastasia face-to-face with Christian's past in a rather scary manner. A submissive from Christian's past has shown up and she is pretty interested in hurting Ana. Not only is Anastasia suffering from a scary stalker, Christian too is haunted by an egotistically hurt Jack Hyde who was Anastasia’s ex-boss. Despite all the worse which c9uld have occurred to the couple, the book ends with Christian proposing to Ana.

Read it For:
If you are a hopeless romantic, then this is surely going to be one of your most favorite books because it has too much of love in it.

Don't Read it For:
As mentioned above, the haters have a rather abrupt opinion about the happenings which are too fiction to exist in real life.

What makes this book stand out?:
It is needless to say that EL James has successfully fed the thirst of user readers with the right amount of egotism, thrill, mystery, and romance. And she also created a stir for another book in the series. 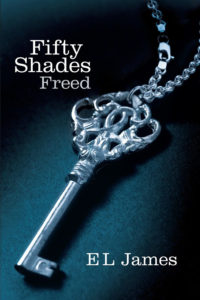 The book begins with Anastasia dreaming while she is on a private ship on her honeymoon somewhere in the south of France about her dreamy wedding which took place exactly one month after the engagement. The two lovebirds are shown to be having the best time of their lives at their honeymoon when suddenly Jack Hyde is back with a bang and even more determined to hurt the Grays. The book sees countless incidents where Jack Hyde has tried to hurt the Greys. Apart from Hyde, Anastasia discovers that she is pregnant and she comes face-to-face with Christian’s unlikely behavior which leaves her questioning about her decision. After almost being dead in an encounter with Hyde, everything goes back to normal and EL James ends the series with a gist into the future of Ana and Christian who are happily living in a country house and expecting their second child.

Read it For:
Since this is the last book in the series, there is no way that a fifty shades fan should miss it because it is thoroughly spiced up.

Don't Read it For:
If you are looking for real facts and true incidents then this book is not for you.

What makes this book stand out?:
It is important to say that James has done a wonderful job in winding up the book then and there when it was crispy rather than making it boring and too stretchy.

Grey: Fifty Shades of Grey as Told by Christian 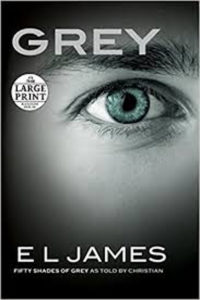 Grey is first book of the fifty shades of Grey (as told by Christian Grey) Trilogy. As read in the first trilogy which was according to Anastasia’s perspective, the reader’s didn’t have any clue about Christian and his thoughts. Therefore, this book serves the thirst for all the readers who have been waiting to read Christian’s point of view.

Read it For:
If you are a die-hard fan of the Fifty Shades Trilogy, then consider yourself lucky for the book.

Don't Read it For:
Since this book is a changed perspective about the first book of the previous trilogy, it pretty much has same incidents which could be boring for some readers.

What makes this book stand out?:
The book is a smart switch in perspectives which makes it a must-read. 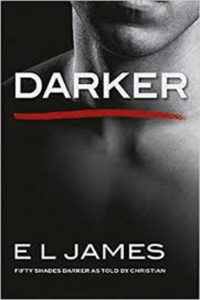 The second book in the as told by Christian Grey Trilogy is the change in perspective as told by the original book. The book brings the reader to the kind-hearted Christian and his dark past which made him indulge in the activities that he is indulged in.

Read it For:
A reader who loves Christian Grey and believes that he indeed is a kind person should read this. The book will make you fall in love with Christian more than what you already do.

Don't Read it For:
Since it is a repeat of a previous book it might get boring.

What makes this book stand out?:
This book is balanced with an actual shift in the perspective other than what readers generally imagined while reading the first trilogy.