Hillary Diane Rodham Clinton born on October 26, 1947, is an American Politician who was also the first lady of America from 1993 to 2001. She was born in Chicago, Illinois, and graduated from Wellesley College in 1969 and earned a Juris Doctor from Yale Law School.

As the first lady, she devoted all her time to gender equality and healthcare. In the year 2000 due to her dedication to work and love for people, she was selected as to be the first female Senator in New York. She was reselected in the year 2006 too. She ran for the Presidential election in 2008, though she won far more delegates than any other female contenders but lost her seat to Barack Obama. Hillary again lost her election to Donald Trump even after winning most of the Popular Vote. She was also a well-known writer and wrote her sixth book following her loss to Donald Trump. 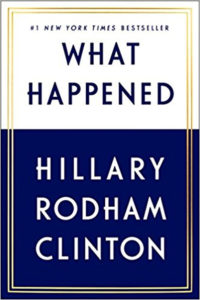 For the first time in the history of her political career, she reveals about what she was feeling and thinking during the most controversial election and how it felt like to run against Donald Trump. She puts light to the intense experience including the mistake she made which lead to her loss

Read it For:
An unbelievable emotional memoir

Don't Read it For:
Full of blame game

What makes this book stand out?:
This book is amazingly authored with comedy at times which is both engaging and synthesizing 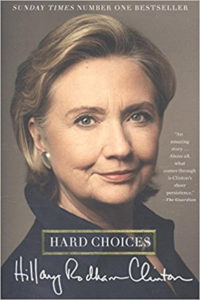 After the outcome of her 2008 presidential loss, she expected to return to New York as be a representative in the US Senate but she was surprised when she was asked by Barack Obama to be the Secretary of the State

Read it For:
The story of four extraordinary years in Clinton’s life

Don't Read it For:
It is too Stilted and awkwardly written

What makes this book stand out?:
The critical issues of different international significance are all presented in a very light-hearted narrative which will not stress you away. Therefore, the book is one of the best books on Hillary Clinton

It takes a Village 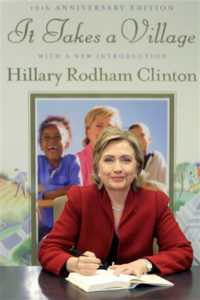 In this book the author Hillary Clinton focuses on the impacts that the individual has outside the family and acquainted group, also provides ideas of the society that considers children improvement as a priority

Read it For:
A liberal ideology

Don't Read it For:
It doesn’t talk about the underprivileged children

What makes this book stand out?:
It is written in such provocative way that the reader would feel that Hillary is directly talking to them. The value that children should be taught is written well vividly 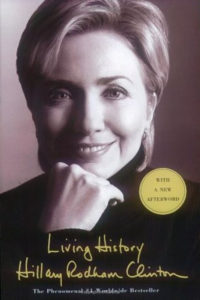 This is the autobiography which talks about the extraordinary journey of Hilton from her upbringing in the suburbs and her transformation from there to an activist and then her becoming the controversial First Lady.

Read it For:
A surprisingly engaging and compelling read

Don't Read it For:
Slow read

What makes this book stand out?:
This book also comes under the Top 10 books on Hillary Clinton for being memoir of the classy intelligent and thoughtful Woman who gives the reader a piece of fascination to live the life beyond the normal life 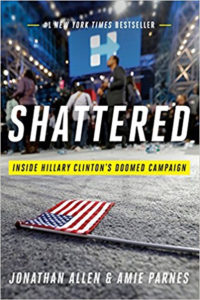 How Hillary lost the 2016 Presidential election to Donald Trump. It provides full insights and revelation and acknowledgment about the electorate and explanations of her mistake that resulted to her defeat

Read it For:
A widely dysfunctional and soul-crushing story

Don't Read it For:
Too much-exaggerated

What makes this book stand out?:
This book tells us an enduring story with immediate lessons from both the personal and political front which will let the reader know what happened to America on that day

An Invitation to the White House 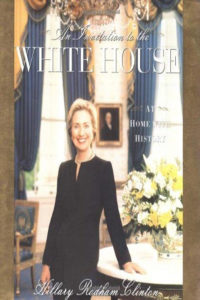 The First Lady of the White House opens the door and invites the reader to take a sneak peek to the rich culture, lavish life, and food of the white house.

Read it For:
A beautifully photographed with nice recipes make it a popular book on Hillary Clinton

Don't Read it For:
Lack of real creativity

What makes this book stand out?:
It is a heavy book which has a description of her work during the time she was the First Lady of the country. The dignity of the events is well written and preserved

The Destruction of Hillary Clinton 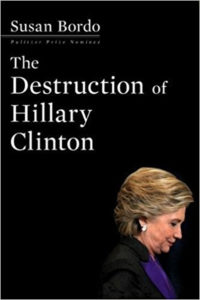 In this skillful narrative of the 2016 Presidential Election, the author Susan Borda takes out the right-wing assault of Hillary Clinton and her reputation as a politician

Don't Read it For:
Fictional narrative

What makes this book stand out?:
This book is an essential guide to understand the most questionable Presidential election in the history of America 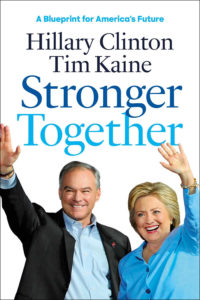 This book offers precise solution and a courageous vision to build a stronger nation like building an economy, making education loan free, defeating the ISIS, breaking each barrier down and hold Americans back by reforming the immigration system, and putting the family first by providing free health care benefits to them

Read it For:
A scary yet engrossing must-read content

Don't Read it For:
Boring in the middle

What makes this book stand out?:
This book is among the best-selling books on Hillary Clinton because she has vividly described what America lacks and what should be implemented to make it a better and stronger nation 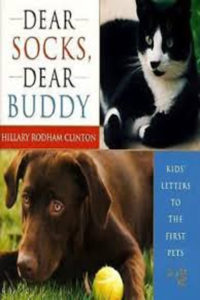 In the dominated technological world of Voicemails and emails, it has become very easy to overlook the importance of the hand-written word. The author suggests the parents that they should read the children some promising stories and encourage them to write letters

Read it For:
This is an adorable book and can be a good gift for children

Don't Read it For:
The end was somewhat unexpectedly boring

What makes this book stand out?:
The illustration of socks and buddy who and play inside the White House with more than eighty photographs inspires the children to have their creative communication in writing

Unlikeable: The Problem with Hillary 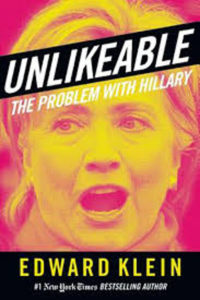 In this book the author Edward Klein draws a troubling portrait of Hillary who is an unlikeable Presidential Election Candidate and a woman who is more associated with scandal, lying accomplishments, and arrogance

Read it For:
A quick read if you don’t like Hillary Clinton

Don't Read it For:
Its entertaining but fictional

What makes this book stand out?:
This is a stunning, Powerful exposure of the strongest candidate of the Presidential Election and her struggling race for the White House makes it a must read if you don’t support Hillary