The world per se observes anarchism as total breakdown of law and order. But in fact, it is the most revolutionary and empowering political ideology to be ever conceived since the birth of humankind. Anarchism is a political movement that dismisses the hierarchy between the working class and the imperialist class. It eradicates the need for establishments and governments, of corporations and controlling ruling classes and leaves space for a democratic self-organized state promoting ideals like freedom, autonomy, solidarity, direct democracy, egalitarianism and collective existence.

A lot of people seem to be blithely unaware of the concept of anarchism and believe propaganda that leads us to believe that it is a negative influence on society. And this is why learned anarchists and scholars have penned down some of the most comprehensive, exhaustive, and well researched principles of anarchism. Here is a list of the top 10 books on anarchism available online.

The Conquest of the Bread 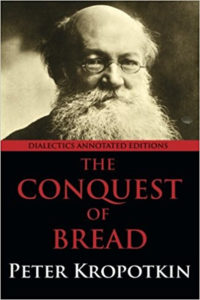 This book is written by Russian Prince, Geographer and Anarchist and Communist Writer Pyotr Kropotkin who happens to be one of the pioneers of Anarchism with his extensive experience in the military after which he was imprisoned repeatedly for his protests against capitalism and the high handedness of the establishment. His experiences, principles, and the rules of anarchy are laid down in this book.

Read it For:
this is a great pick for those who are new to the topic of anarchism and want to know more.

Don't Read it For:
this book is a comprehensive guide for anarchism. It is theoretical at some points wherein utopian ideals are represented.

What makes this book stand out?:
This book is written by one of the most prominent anarchist figures in history. It will offer you a great understanding of the movement. It covers all domains from agriculture to the rights of the proletariat. 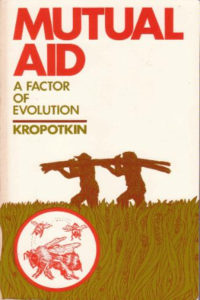 This book further delves into anarchism, linking it with nature and organisms contrasting it with Social Darwinism. Kropotkin states here that the relationship between organisms is supposed to be symbiotic and cooperative and not predatory and competitive. He fuses nature’s phenomena with the history of humankind and provides a delightful read.

Read it For:
this book is as relevant as the Declaration of Independence according to some experts. The principles and inferences mentioned in this book are benchmarks in the field of social ecology.

Don't Read it For:
if Darwinism is what you swear by, you may not agree with some of Kropotkin’s arguments.

What makes this book stand out?:
This book explores a novel concept that is even more relevant in today’s times. He influenced biologists to look at the bigger picture and established the fact that mutual assistance and not mutual struggle will be the basis of the future societies. 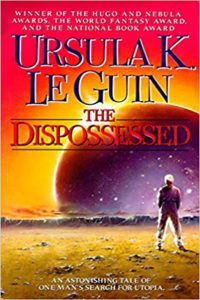 This book revolves around a brilliant physicist Shavek who travels to utopian planet Uras to plunge deeper into the anarchist movement and decides to question the incontestable and look for answers to the most difficult of questions, leaving behind his family and personal life. One could call this anarchist science fiction.

Read it For:
this book is an interesting take on anarchism and science. With an interesting plotline, one could learn a lot about the movement with a riveting reading experience.

Don't Read it For:
the references to utopia are realistic in most parts of the book, and one can actually imagine existing in a world like that, but at times, it seems a tad unrealistic.

What makes this book stand out?:
The interesting take on anarchism along with a scientific angle to it and Shevek’s quest for uncovering the truth and tearing down the walls of animosity make for an interesting read.

God and the State 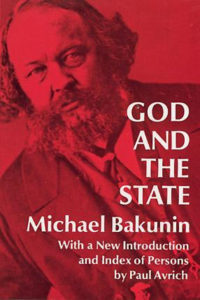 One of the most radical and prominent anarchist figures in history, a vocal dissenter of the Czars in Russia, Mikhail Bakunin was an atheist but he had little in terms of literary works. His one and only book which was actually incomplete is based on the radical philosophy of anarchism that dismisses religion. He states in his book that religion is a state tool used to dominate the masses and is the reason behind the oppression and enslavement of society.

Read it For:
this book provides an unbiased, honest review of how religion has continued to influence society. His arguments against the existence of God and religious sects are valid even today.

Don't Read it For:
Bakunin does go through some digressions in this book but the core idea and thoughts are worth the read.

What makes this book stand out?:
This book also has an interesting take on science and how science continues to disregard real people and focuses more on experiments. Read it for an objective, impartial analysis of religion and science. 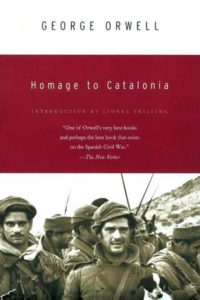 This book documents the experiences of George Orwell who went to report on the Civil War in Spain but instead joined hands with the forces to defeat the Fascist regime. He mentions explicit details about being shot in the neck, his experiences with war soldiers, their hardships, lack of food and weapons and the overall catastrophic effect of war.

Read it For:
this book provides a commentary on the left winged communist parties and their role in waging war, and also provides an insight into the political environment in Spain.

Don't Read it For:
Some readers assert that Orwell’s depiction of the Spanish Civil War was rather simplistic.

What makes this book stand out?:
The exemplary writing and narrative provided by Orwell is one of the USPs of this book.

Fragments of an Anarchist Anthropology 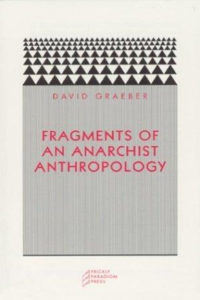 As anarchism intensifies to influence people from all walks of life, one aspect of it is sidelined extensively, which is the academic aspect. As anthropologists with their intense understanding of society and behavior of organisms, this book seeks to fuse the principles of anthropology with anarchism aimed at producing an egalitarian, unified society and explores the possibilities.

Read it For:
this book provides an interesting take on anarchism. It serves to bridge the gap between anthropology and anarchism.

Don't Read it For:
some readers have dismissed this book as an incoherent take on anarchism which fails to derive congruence between anarchism and anthropology.

What makes this book stand out?:
This book has some very clever jokes and crisply presented details that make it an interesting read.

No Gods No Masters: An Anthology of Anarchism 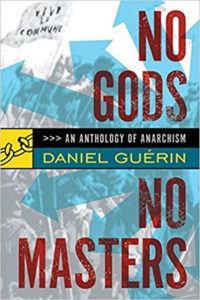 This book is an amalgamation of letters, manifestos, unpublished documents, reports and documented arguments about anarchism and includes writings by famous anarchist figures like Emma Goldman, Pyotr Kropotkin, Mikhail Bakunin, Pierre Joseph Proudhon to name a few. The writings range from the early 1800s to World War II.

Read it For:
An interesting and diverse take on anarchism and its metamorphosis over the years.

Don't Read it For:
the depiction of utopia in the theories in the book is sometimes unrealistic

What makes this book stand out?:
This book is a great commentary on the relevance of anarchism and the constant quest of anarchists for freedom, peace, liberty and social justice. 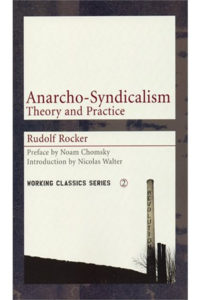 Written by one of the most radical anarchist figures for almost 60 years, this book is a detailed account of the Spanish Revolution, the international workers movement and also covers the principles of anarchism while shedding light on the syndicalist methods used at that period.

Read it For:
a detailed analysis of syndicalism and the growth of anarchism over the years provides for an excellent read.

Don't Read it For:
this book may not provide all the practical answers to the struggles we face in the world today. 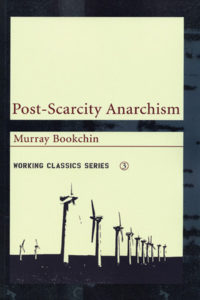 This book is a collection of essays that push for an ecological basis of anarchism whilst focusing on the industrial advancement causing bulk production serving as a bane for environmental sustainability. It also provides a commentary on capitalism and the impending ecological crisis.

Read it For:
this book provides a realistic picture of utopia. It also covers the ecological basis of anarchism.

Don't Read it For:
this book provides a good analysis of the past, but the future depicted here is not very relatable.

What makes this book stand out?:
This book raises a lot of important questions and explains a lot of concepts too. 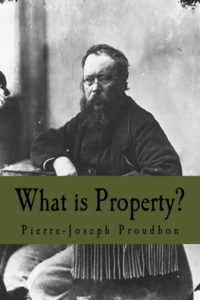 This book provides with a detailed analysis of Property possession and the implications it can have on the rights of people. The book explains how capitalistic property is basically a form of organized theft and is the major cause of discord, injustice and unfairness in society.

Read it For:
the passionate text and convincing arguments make for an interesting read.

Don't Read it For:
sometimes the writer breaks the zeal which makes it difficult for the reader to follow through the text. Also, the reference to women as different from men may not be a good argument.

What makes this book stand out?:
This book is a detailed explanation of property possession and its implications and the economic, social and ethical aspects of it.