An amateur sleuth mystery depicts a protagonist who sets out to solve various crimes with no monetary compensation and no direct ties to police or investigative agency. Books on this genre have been written by notable writers like Agatha Christie, Elizabeth Peters, Gigi Pandian and many more. It generally follows a series of books instigating the reader’s curiosity to continue the mystery.

The Sweetness at the Bottom of the Pie 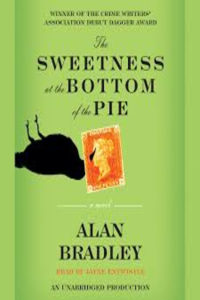 The Sweetness at the Bottom of the Pie is one among the top 10 books on amateur sleuth. It is a mystery series featuring a precocious 11-year-old girl named Flavia de Luce, who has a passion for poisons, organic chemistry, and causing mischief for her sisters. With a supportive cast around her, Flavia uses a mix of assertion and wits to get the mysteries solved.

Read it For:
People who enjoy reading mysteries without gore and excessive violence but a mystery sprinkled with humor, poisons, and philately.

Don't Read it For:
If you aren’t interested in reading the mysteries where the plot is more focused.

What makes this book stand out?:
Setting, an amusing cast of characters, and mainly - in its narrator. 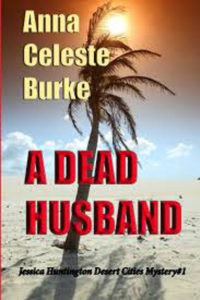 A Dead Husband is the first of Jessica Huntington Desert Cities Mystery series. A masterpiece of detective writing made all the more brilliant by this great author's talent. Jessica is resourceful, clever, determined, loyal to her friends, and very wealthy. But slowly she discovers that money doesn't buy the really important things in life, like a happy marriage to a faithful husband.

Read it For:
If you like mysteries with plenty of bad guys, a touch of humor, and a whole lot of retail therapy, A Dead Husband should be just your cup of tea.

Don't Read it For:
If you expect romance or fantasy, you won’t be much interested in this story has action humor and a damn good mystery.

What makes this book stand out?:
The plot unfolds at a measured pace, with a cast of interesting characters that grows with every chapter.

Crocodile on the Sandbank 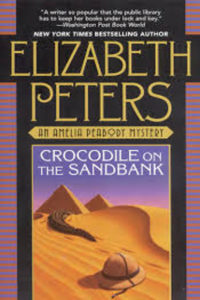 Crocodile on the Sandbank is one of the 10 best-selling books on amateur sleuth. At thirty-two, strong-willed Amelia Peabody, a self-proclaimed spinster, decides to use her ample inheritance to indulge her passion, Egyptology. On her way to Egypt, Amelia becomes friend with Evelyn Barton-Forbes and travel on together, encountering mysteries, missing mummies, and Radcliffe Emerson, a dashing and opinionated archaeologist who doesn't need a woman's help -- or so he thinks.

Don't Read it For:
If you aren’t interested in exploring the Egyptology, it is not your cup of tea.

What makes this book stand out?:
The book’s impeccable writing to describe the characters' gestures, facial expressions, and their entire countenance in such a way that one cannot help but feel it as well as hear it.

Portrait of a Dead Guy 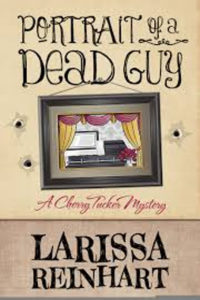 Portrait of a Dead Guy by Larissa Reinhart is a rollicking start to her Cherry Tucker Mystery Series and stands as one of the best books on amateur sleuth. As a small town portrait artist, Cherry Tucker works hard to make a living. When the town's wealthiest family ask her to paint a portrait of their murdered son she takes the job despite the creepy nature of the commission. Even though she paints a peaceful final picture of died Dustin, Cherry stumbles onto a mystery that might leave her as dead as the man in the coffin.

Read it For:
Anyone who likes the mysteries strong and awaits for pure enjoyment, a laugh out loud mystery with some Southern romance thrown in.

Don't Read it For:
Serious literature since it is a highly enjoyable comic mystery in a small southern town.

What makes this book stand out?:
An entertaining mystery full of quirky characters and solid plotting. 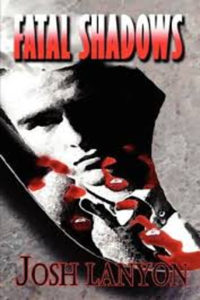 This crime mystery hits close to home and heart for bookstore owner, author, and amateur sleuth, Adrien English when one of his oldest friends is found brutally murdered in a Los Angeles alley. Everyone suspects him of the murder, but only Adrien knows he is next on the killer's list.

Read it For:
Effortless and entertaining, slyly funny and utterly charming comfort reading.

Don't Read it For:
Much romance though it is there in the background. Also, it is a slow burner, but if you continue reading, it will grab you.

What makes this book stand out?:
A great murder mystery with an amateur sleuth and a prickly cop. 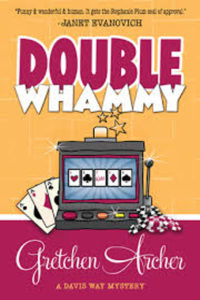 Double Whammy is the first book in Davis Way humorous mystery series. After a little misunderstanding with her ex-ex-husband and desperate for work, Davis way takes a complicated undercover job at a casino in Biloxi, Mississippi. Somehow, her jerk of an ex-ex-husband is involved in scamming the casino. Davis is determined to sort it all out, but as her life unravels, can she stay out of trouble long enough to catch a killer and solve a whammy of a mystery is the plot all about.

Read it For:
Humorous, fast-paced, mystery story with a lot of action, some unexpected twists and a totally surprising romance angle.

Don't Read it For:
If you are interested in sharp-witted, intelligent humor you may not like it much as it is funny humor centered on Davis

What makes this book stand out?:
A fabulous debut with full of twists and turns and is different from other cozy mysteries one has read. 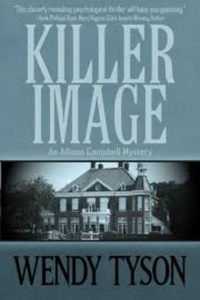 Allison starts to look into the two murders that have occurred and that her teenage client Maggie is accused of committing. She knows that Maggie could not have committed that vicious murder. She and her assistant, Vaughn set out to prove it. There are a lot of secrets revealed in this book, other than who the killer is

Read it For:
Fast-paced mystery with enough twists and turns that kept you wanting more without becoming unrealistic and boring.

Don't Read it For:
If you aren’t determined of reading continually because halfway through it really gets interesting.

What makes this book stand out?:
Touch of romance and a bit of humor in a cozy mystery.

Murder at the Vicarage 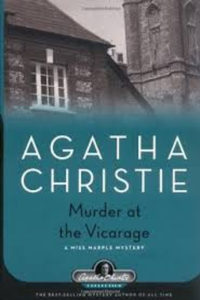 Murder at the Vicarage is the debut of Agatha Christie’s unflappable and much beloved female detective, Miss Jane Marple. Miss Marple’s gift for sniffing out the malevolent side of human nature led her on the first case to a crime scene at the local vicarage. Miss Marple sets out on the twisted trail of the mysterious killer of Colonel Protheroe, the magistrate whom everyone in town hates without so much as a bit of help from the local police.

Read it For:
A plotting masterpiece with full of wit and tongue-in-cheek observations which prove a delight for readers.

Don't Read it For:
It is a very slow paced novel. So if you aren’t ready for it, it won’t be interesting to you.

What makes this book stand out?:
Uniqueness in the world of fictional detectives. 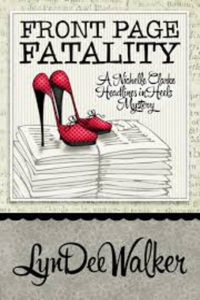 Nichelle is an ace reporter looking to climb her way to the top, but when she investigates a case where the line between the good and bad guys blurs, she'll uncover more danger than losing the latest virtual bid. With an intriguing mystery that keeps you guessing, Nichelle digs deeper, links the stories together and uncovers evidence that could very well cost Nichelle her life.

Read it For:
Full of genuine characters, honest dialogue, and fancy stilettos for a perfect weekend read.

Don't Read it For:
It takes about 5 chapters for this book to really make you sit up and take notice. By the time it does, though, it hooks you deep and good.

What makes this book stand out?:
Perfect combination of humor and colorful turns of phrase to have you laughing, plus a mystery that keeps you guessing. 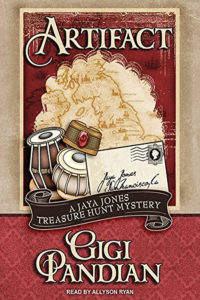 Artifact written by an Indian author, Gigi Pandian is one of the popular books on amateur sleuth. Jaya, the main character in this murder mystery, has received a long-lost ruby Indian artifact from her recently deceased ex-boyfriend. She is apparently the only one who suspects her ex-boyfriend's death and sets out to solve the mystery of his death and the source of the mysterious artifact.

Read it For:
the Classic adventurous mystery of treasure hunt sprinkled with fascinating facts about the British presence in India.

Don't Read it For:
If you don’t have craze in unveiling a treasure hunt series.

What makes this book stand out?:
The suspenseful, mysterious, and romantic come together in the exotic world of treasure hunts.