Books on astronomy are larger than life and leave us with a sense of how small and inconsequential we are within the large universe. We present you with a list of books on astronomers that you can refer to when you want a wider look at the star-studded skies. 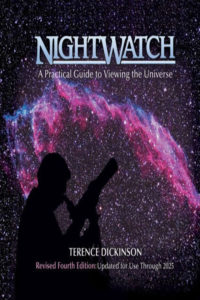 This is a brilliant nonfictional book dealing with astronomers and how they achieve what they do. The author provides ways in which even the most amateur of stargazers can identify stars, galaxies, constellations, nebulas and other celestial bodies. This book is kind of like a guide to all things unto Heaven. It is a mesmerizing read, with its completely non-mathematical structure and insipid writing.

Read it For:
It is a must-read. Readers who want to brush up on astronomy will surely be benefitted a lot from this simple book.

Don't Read it For:
It might be a little too informative for a few readers.

What makes this book stand out?:
Its simplistic description of every method to identify, photograph and memorize the skies. 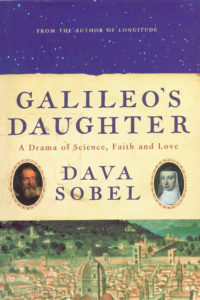 The book revolves around the letters sent to the ‘father of modern science’ Galileo by his daughter. It is set in a time where religious barriers had intervened with his inventions and accused him of heresy. The plot delicately involves loosely bound narratives around with the emotionally sound letters of Galileo’s daughter, Maria Celeste, who was brought up as a sequestered nun. It is a beautiful book that tells us the state of science at that time and the lovely relationship between father and daughter, found in the letters translated by the author.

Read it For:
Whether you like this book or not depends on how you like your characters and your endings. If you like powerful writing laced with strong characters and a defining plot, then this one is surely for you.

Don't Read it For:
It might be a little too dramatic or overboard for some fiction lovers.

What makes this book stand out?:
Its simplistic writing and the brilliant plot at its centre 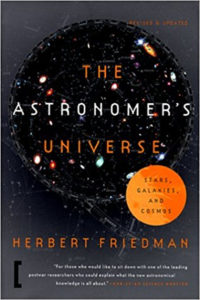 The book revolves around the findings of astronomers throughout the ages, right from the big bang fifteen billion years ago, to now where new and new cosmic mysteries are being unfolded by pioneering scientists and astronomers. Friedman, who revolutionized the era of rocket and satellite astronomy, talks about how mankind has managed to make the universe reveal its secrets.

Read it For:
The story is well-written, and the situation described is expansive and hits the mark.

Don't Read it For:
This book is not for those readers who are looking for passive stories.

What makes this book stand out?:
The book is appreciably written with well structured sentences and remarkable prose 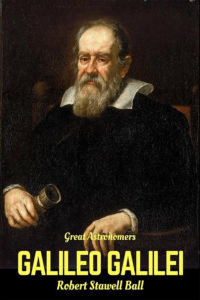 The book speaks about the great scientist and astronomer with vivid character description. The man is known for his many telescopic inventions, his remarkable jumps in the observational fields of applied science and is hailed as the ‘father of modern science and observational astronomy’. This book is a memoir of the Italian physicist, astronomer, engineer, mathematician and philosopher

Read it For:
Beautiful character descriptions, intricate plot design and a vivid storyline that puts you through all kinds of emotions.

Don't Read it For:
Overtly descriptive information or a powerful plotline.

What makes this book stand out?:
It is one of the most popular books on astronomers that will please the reader with every tidbit of information they gain

The Day We Found the Universe 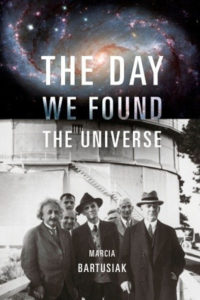 This is a mesmerizing story of mankind’s very first discoveries of the universe and its size. It was a spell-binding find in the year of 1925 when Edwin Hubble discovered it for the very first time. It took almost ten years to relevantly prove the findings, present them in an appreciable manner and put it out to the world. This is a book which gives a detailed explanation of all the things that went down in that decade.

Read it For:
A well-written book about astronomers and their findings.

Don't Read it For:
Fans of traditional writing style might find it a little disappointing

What makes this book stand out?:
Its standard plot layout with beautiful explanations about the mysteries of the sky. 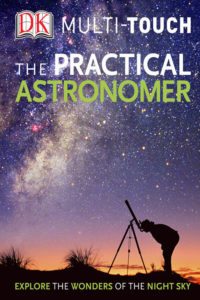 A complete introduction to observing and understanding the sky, defining all the elements of the universe and the celestial bodies. This is a guide for practical astronomers or amateurs who can stargaze without a telescope and identify stars, constellations and there are sensibly descriptive chapters about the solar system and the sun, where we can identify different planet and their satellites

Read it For:
The narration is weaved brilliantly, and it is written in the simple and clear language.

Don't Read it For:
It might get a bit expansive and boring to some readers.

What makes this book stand out?:
It's simple yet brilliant writing, the way the narration takes place and the picturization. 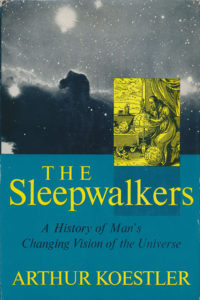 This is a book about the history of scientific discovery; it speaks about the discoveries of many Greek astronomers, Copernicus, Galileo, Kepler and all. It is a well-written book with its strong narrative descriptions about what contribution each astronomer made and how the world benefitted by it.

Read it For:
An impressively written book and one of the best books on astronomers.

Don't Read it For:
The book might be a little too informative for some passive readers.

What makes this book stand out?:
The matter is expansive and is written craftily

Lonely Hearts of the Cosmos 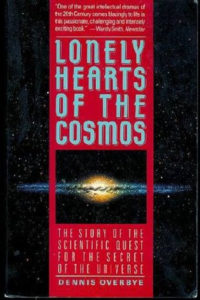 In southern California, 50 years ago, a team of researchers embarked on a quest to find out where we come from, from where the universe was created and the origin, life story and the future of all celestial bodies pertaining to our universe. Soon, they came upon the existential evidence of black holes, and shadow matter and the whole world was stunned into silence and awe. This is a wonderful retelling of the quest for the deepest findings of science that mankind has ever delved into.

Read it For:
The careful and systematic observations of the experienced author make it a marvellous read.

Don't Read it For:
The book is full of scientific optimism, and if that is not your field, then you might not take it well 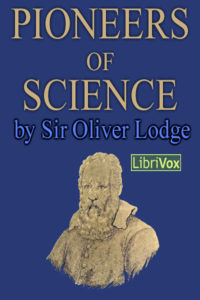 This book takes its origin in all the lectures on the history and progress of astronomy arranged for Sir Oliver Lodge in the year of 1887. The first part describes all the various astronomers and their contributions to astronomy. The second parts deal with their findings in an elaborative manner that makes even the layman understand the complex ideas generated.

Don't Read it For:
It is a little long for some readers.

What makes this book stand out?:
The writing style is unique, but the description wins all the prizes. 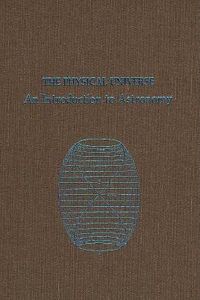 This book is an introductory guide of sorts to all things cosmic. It is best to understand the mysteries of the universe and the way different astronomers have brought fruit to their decades of observational research and practical experiments. The book is written in a simple and eloquent manner, and it is a delight to read for even the most amateur of readers.

Read it For:
It is a well-written, descriptive book which makes you mull over all the concepts defined here.

What makes this book stand out?:
Its impressive descriptions and explanations can help us understand astronomy and astronomers better