Comics have always been a child’s best friend. We have all grown up reading Marvel and DC- which have also been turned into blockbuster movies.  Marvel and Dc have stuck long enough to become two the biggest comic book companies in the World. It is home to some of the iconic characters like that of Batman, Superman, Spiderman etc. These characters have not only entertained kids but have also helped in indulging super-hero characteristics – like helping the poor, studying to name a few. The whole pop-culture of the superhero has transcended in such a big way that we hardly get to see people who do not or rather cannot associate themselves with these superheroes. 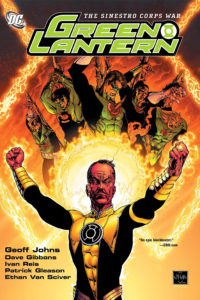 The writer Geoff Johns brought the action back with his The Sinestro Corps War. It was written with the utmost maturity to gauge the hardcore fans with its dense plot, yet was relatable to the others. The protagonist was modeled after Adolf Hitler and other dictators. DC put it across in the most subtle way with The Sinestro Corps that one does not require pervasive violence, rape, violence to run the show, only brilliant narration and fantastic art can win audience as well.

Read it For:
To see the obsession of the protagonist to bring his unyielding brand of justice to the universe by any means possible.

Don't Read it For:
In case looking for hardcore aggression and war, this is not to be picked.

What makes this book stand out?:
Excellent narration and fantastic art make this comic strip stand out from the rest. The in-depth history helps the children familiarize themselves with the various cultures of dictatorship. 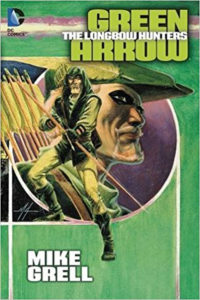 Mike Grell’s Green Arrow was a fine take at re-imaging the character, to make it in-line to that of Batman in Batman: Year One. He re-vamped the protagonist by changing and giving a more realistic costume to Oliver Queen. The whole idea was to give more street-like vigilant books which were doing wonders during that time. The Longbow Hunters is a fictitious star city, where the hero is seen to be fighting the serial killers, the mysterious assassin named Shado and the CIA.

Read it For:
This showcases a much grittier light to the characters. The violence depicted in the comic strip is well narrated and over-whelming. This comic strip has much more in store than just any other comic strip.

Don't Read it For:
Have an issue with gritty and violent narration? This is definitely not for the weak hearted!

What makes this book stand out?:
The gritty and edgy essence of the comic strip, with an aesthetically placed narration, The Longbow Hunters is one of the finest reboots of a superhero we have witnessed in the history. 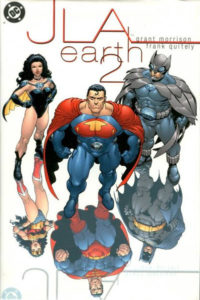 This epic comic book by Grant Morrison breaks down the logistics of alternate realities. The writer explores the various aspects of the universe, alternate earth like he calls it. This comic strip is all about the good winning over the evil. This aesthetically illustrated strip is a flawless example of the modern superheroes thoroughly pounding the bad guys.

Read it For:
This is a flawless illustrated comic strip, which helps the good heroes win over the bad guys.

Don't Read it For:
People looking at a little more than the stereotypical good guy win over the evil might be a little disappointed here.

What makes this book stand out?:
Earth 2 is a much headier read than most people might presume it to be. It is a flawless portrayal of the superheroes being selfless and win over the evil. 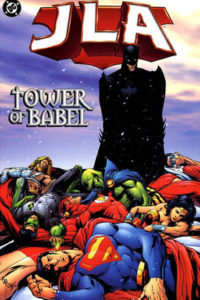 This lovely illustrated beauty by Mark Waid puts across the sociopathic behavior of one of our loved superhero – Batman. It showcases that Batman has a collection of files which describes exactly how every member of the Justice League can be defeated. This comic strip showcase how the files go to the bad guys and how they go on a look and hunt down spree of all the powerful superheroes one by one. Tower of Babel is a comprehensive study of Batman’s personality, which was ever released.

Read it For:
Loved Batman all your life and wish to know how prepared him is for all eventualities? This is your book!

Don't Read it For:
This book does not go too well with those who are not looking to study and read about the various aspects of a particular character.

What makes this book stand out?:
This is a comprehensive study of Batman’s personality and how prepared he always is, even if it means going against his teammates. This showcases some real power of friendly bonds along with some gritty ends.

Superman for all season 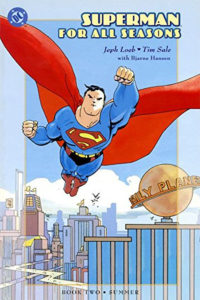 Superman all season is an attempt at humanizing the man of Steel. It showcases that the all worthy – Superman was born to a simple farmer in Kansas. This is an amalgamation of the best of the best from the previous comic strips.

Read it For:
This is a nostalgic approach to showcasing the best of the past.

Don't Read it For:
Might seem a little monotonous.

What makes this book stand out?:
The beautiful amalgamation of nostalgia and the much-loved superhero. 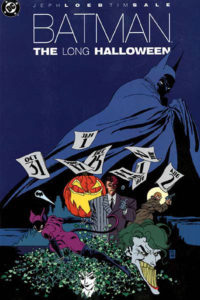 This is right after the Batman: Year One, the Long Halloween is a murder mystery by the epic writer Jeph Loeb and the art by Tim Sale. The story narration is rich and complex in sensibilities.

Read it For:
This is a perfect blend of the intimate character relationships portrayed here. This comic strip is specifically meant for all the Batman lovers

Don't Read it For:
Find Batman rather sociopathic? This is definitely not for those who do not a part of the Batman Fan Club.

What makes this book stand out?:
The beautiful blending of the characters in action, this is one book absolutely loved by all the Batman Lovers. 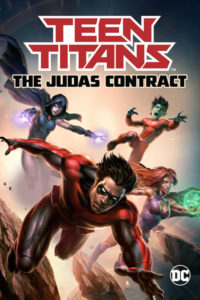 Not many know this but The New Teen Titans was at one point the most successful comic strip at DC. The most memorable out of the series was The Judas Contract by Marv Wolfman. It is the most epic amalgamation of action, betrayal and intrigue.

Read it For:
Marv Wolfman depicts a very personal portrayal of the characters.

Don't Read it For:
Having personal biased love for a particular character? This will showcase a lot more than just one character.

What makes this book stand out?:
The personalized depiction of the characters, showcased an ugly side of crime and fighting. This is for all of those who love the war scene 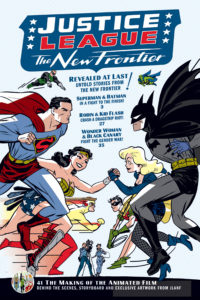 The writer Darwyn Cooke wrote The New Frontier as an ode to the comics of the 30’s and 40’s. It is a fun comic strip with a hint of sophistication in terms of writing and play of characters.

Read it For:
The heroes like Green Lantern, Batman, Flash and Wonder Woman. What more would a comic lover want in life?!

Don't Read it For:
If looking for a gritty and grim depiction of stories.

What makes this book stand out?:
The New Frontier throws a new light tone in this comic strip which is head and shoulders above almost anything. 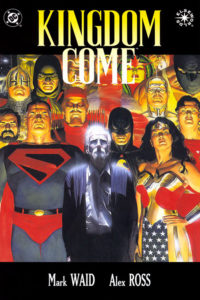 This epic comic strip showcases the vast fight for humanity.

Read it For:
The fine line between hero and villain turning blurred as the new generation is using violent means to fight crime. The writer showcased the epic Superman schooling the younger generation and shows the world how a hero is supposed to be.

Don't Read it For:
In case looking for the stereotypical wars and fights, this is not the book to read.

What makes this book stand out?:
The beautifully depicted school of thoughts of Superman is what the book is to look out for. 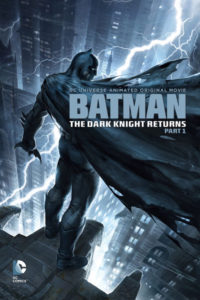 Read it For:
To pay homage to the epic comics of the world and to learn about Batman and how he fought with his arch-rival – Joker

Don't Read it For:
For all those who do not fancy the glorifying process of Batman, this is not for you!

What makes this book stand out?:
The absolute glorification of Batman and the way he uses his power and love for the human race.