Susan Eloise Hinton is a famous author who has started publishing the novels under the pen name is S E Hinton and was born in 1948 in Oklahoma.  She has completed his studies from University of Tulsa. She has grabbed the attention of many book lovers to read her compelling and riveting novels. She earned a huge reputation for her beautiful novels from across the globe. In addition, she has won many awards for her writings. Her debut novel, i.e., the Outsiders was written in her young age. She has inculcated the habit of reading and writing since her childhood. She is very much interested in cattle ranching and wanted to become a cattle rancher since her childhood. However, this ambition has taken a backseat with the development of love for writing. She has written stories about the cowboys, horses and gun fighting in the initial days of her writing career. Her first novel has earned a huge applause from the critics and the novelists and still it is considered as the book that is best sold. Her first book was filmed in 1983. Many of her books were adapted by filmmakers. She received the first Margaret Edwards Award from the American Library Association for her writings in teens. She is currently living in Tulsa, Oklahoma. 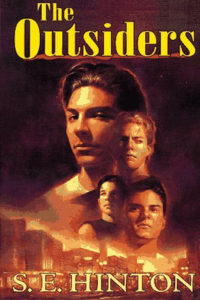 This is the story of a 14 years old boy named Ponyboy Curtis who fights and struggles for what is right and wrong happening in the society for which he considers himself to be an outsider. As per this boy, there are two categories of people. There include greasers and socs. People who fall in socs category have lots of money and have biggest attitude to that of limousine whereas people with greaser attitude lives outside and need to be watched. Ponyboy is a greaser and proud to be a greaser and fight for the rights of his fellow greasers with socs. One night his friend Johnny kills a soc for which Ponyboy was accused. This incident made this boy realize that the pain undergone by both greaser and soc would be the same.

Read it For:
This is a riveting story that is loved by all with the gripped storyline.

Don't Read it For:
This is not for the people whose cup of tea is adventurous and fictional novels.

What makes this book stand out?:
This story has amazing characters and beautiful content that keeps readers glued to their seats.

That Was Then, This Is Now 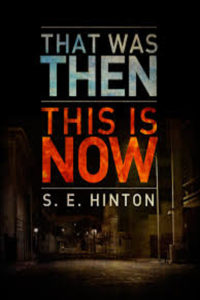 This is the story of two young boys who have been the friends since childhood and grown up as brothers. The names of these two young boys are Bryon and Mark. However, over time things started taking a new shape. Bryon started spending a lot of time with girls and thinking of what he wants to become in the future whereas Mark lives with the thrill of the moment. These two started growing until Bryon discovers something shocking about his friend. Bryon takes a strong decision that is going to change both of their lives.

Read it For:
This is a beautiful story of two young men that has interesting storyline and emotions

What makes this book stand out?:
This is the best S. E. hinton books in order that is emotionally rich and has well developed characters that let you enjoy the feel of the story throughout. 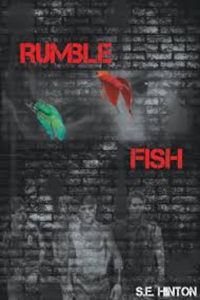 This is the story of a boy named Rusty-James who is a hard nut to crack in the high school who loves enjoying with friends and keep up a good reputation. He always wants to be like his older brother named Motorcycle Boy. He wants to be jovial and become a street fighter when things turn otherwise and is the most respected person in their locality. He showcases his muscle power over his brain. Whenever this boy gets into trouble the motorcycle boy would help him out to get out of the tough situation. He wants to be like his brother and was involved in various explosive events when his brother is not around.

Read it For:
This book is stylistically wonderful. This will entertain the readers of all age groups with its interesting story.

Don't Read it For:
This is not a cup of tea of people who like reading romantic novels.

What makes this book stand out?:
This book stands out with interesting characters that are well etched by the author and a great story. This is one of the s. e. hinton best sellers in the literary world. 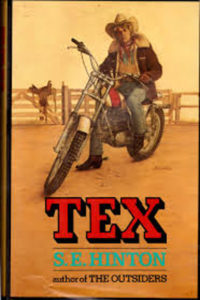 This story is about a guy named Tex who is easy going and thoughtless and he loves many things in his life, i.e. his horse, his blue eyed sister, and Negrito. He stays in a home with his 17 years old brother named Mason that is in dilapidated condition. His life was perfect with whatever he has until Mace had been complaining about Pop. This boy, Pop had not come home for five months. Mace wants to go out of Oklahoma. Tex likes to attract trouble and all of a sudden things fall apart. The story is about whether Tex makes things fall into place or not.

Read it For:
This is an interesting story with a great storyline of a boy who is a troublemaker. It has many twists and excitements.

Don't Read it For:
This is not the cup of tea of someone who likes reading adventurous stories.

What makes this book stand out?:
This one of the S.E. Hinton books have many twists and turns that keeps you enthralled at every moment by introducing surprises. This is a well-written book where the option on characters keeps on changing. 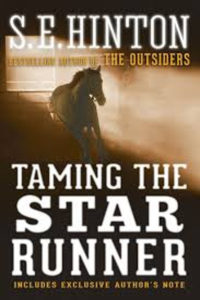 This story revolves around a boy named Travis, who is super cool even when trouble knocks his door. When he was sent to his uncle to complete his high school studies, he gets to know that his schoolmates do not like his tough city ways. He finds a friend named Casey who runs a riding school. She is the brave person that Travis has ever met in his life. She is back of the star runner who is a dangerous horse. Travis understands that he and Star Runner are two different created which never need to be tamed. This boy is prone to many sneers and tears. She showcases what teenagers can hope to be clearly.

Read it For:
This is a story of a teenager who is super cool and also adventurous. This book has various emotions, i.e. love, happiness, sadness and anger

Don't Read it For:
This is a story of a teenager who is super cool and also adventurous. This book has various emotions, i.e. love, happiness, sadness and anger

What makes this book stand out?:
This s. e. Hinton best book has interesting storyline and amazing characters that are well-etched by the author and speaks volumes about her writings. 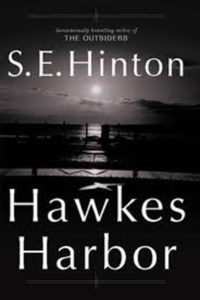 This story is about a boy named Jamie Sommers who is an orphan and a bastard who has no hope of going to the heaven. He is born to the sin parents who continue to do sins like his parents. He grows as a smuggler, murderer and a gunrunner and play with his life doing many adventures. He has survived prisons, pirates and shark attacks. In the town in Delaware, Jamie discovers something that changes his life totally forever. The story is of how Jamie comes in face to face with the evil.

Read it For:
This is an interesting and compelling story that keeps readers on the edge of the seat.

Don't Read it For:
This is not for someone who is interested reading romantic novels.

What makes this book stand out?:
This book has great characters and amazing content that keeps you engaged. The small stories in the middle of the actual story make the entire plot more interesting. This is one of the s. e. Hinton popular novels. 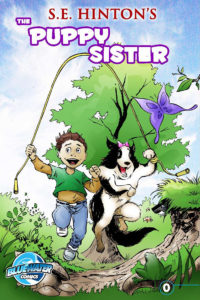 This story is about a puppy that was adopted by the Nick parents. She wishes to have lots of fun like humans. The puppy is named as Alesha. There is a lot of adventure done by this puppy to transform from a dog to a girl.

Read it For:
This is a riveting story that keeps readers entertaining throughout the end of the novel. This fantasy story can be read by people of all ages. This happy book showcases the story of a kid with his dog companion.

Don't Read it For:
This is not for the people who like to have some romance and action elements in the story.

What makes this book stand out?:
This book lets readers to visualize how the puppy sister looks like throughout the story.

Some of Tim’s Stories 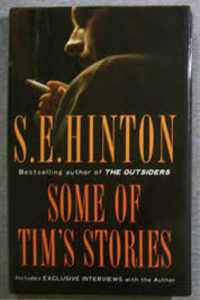 This book has a collection of 14 stories that demonstrates you adults who are trapped in the missed opportunities and connections. All these stories are clubbed into a large story about two cousins named Terry and Mike who lives together, but leads to two different paths. One is pushed behind bars and the other works in a bar. The stories are added with a tinge of metafiction. This book also has interviews of Hinton that was conducted by Teresa Miller about her life and career. The book has stories and photographs of the author’s life.

Read it For:
This book has the feel of earlier books written by the author who demonstrates about the adult who is disciplined.

Don't Read it For:
This is not for the people who are looking to read action and romantic novels.

What makes this book stand out?:
This book has 14 stories that are totally different and connected to every other story. This also deeper look into the life of the author and is worth reading by the fans of this author. 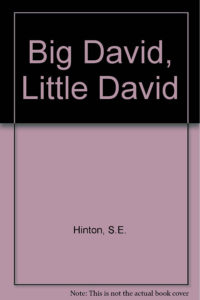 This story is about a boy and his dreams. When the boy wakes up from the sleep, he starts telling about his dream that he had last night to his father. He tells that he has a classmate named David who looks similar to his dad like wearing glasses and has black hair. Nick tries to reveal the mystery of the big and little David.

Read it For:
This is the curious and imaginative family story that is enjoy equally by the kids and parents alike.

Don't Read it For:
This is not for the people who like reading adventurous, romantic and action novels.

What makes this book stand out?:
This novel stands out with a unique family story that lets you to share the warmth and humor in every bit of the narration.