The gaming industry is still in its infancy compared to the other mediums like literature, movies, and music. Although the industry has become multi-million dollars segment in a short span since its inception yet it remains only a minuscule of the others that have been discussed here. However, the interest evinced by the industry is tremendous, and that is the reason why people have much hope from it. Gaming enthusiasts are very positive towards its growth, and that is also the reason why many books have been penned over it.

Through the years, there are some books related to gaming that have also become very popular. In fact, some of them have been so popular that movies have also been made on them. This has given a huge fillip to the gaming industry, and more people have been able to enjoy its offerings. It also goes on to show the prospect that is there in this industry and hence the mood in the sector is quite upbeat at present. We list here some of the most iconic books of all times that are based on the gaming industry and have been huge commercial successes. 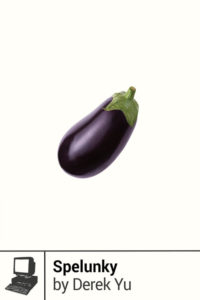 This book, written by Derek Yu and publishers, Boss Fight Books, tries to pitch the story of a game's development as told by its maker. This roguelike-inspired platformer game was a rage in the indie game communities at the time of its launch during the 80s and the book goes on to relive all those moments. It also digs deep into many other aspects and can be very interesting for a reader.

Read it For:
It is the publisher's first autobiographical book and this in itself is a reason to rejoice. Coupled with it, there are many topics that have been touched in great details within the book that can help in providing some valuable insights to the reader. The style of writing the book is also quite alluring and readers can definitely get glued to it.

Don't Read it For:
The book is a first autobiographical account from the publisher and that shows in certain areas. There are many parts within the book that may not be very intense whereas the topic needs more mature handling. Also, readers who do not like reading technicalities related to games may not like it much.

What makes this book stand out?:
Things like random level generation, extreme difficulty and classic platform mechanics are the standout features of this book. Moreover, the author's emergence in the industry can be particularly understood by going through it. There are detailed explanations along with diagrams and graphs to suggest how platformer was made and it is very riveting.

Console Wars: Sega, Nintendo, and the Battle that Defined a Generation 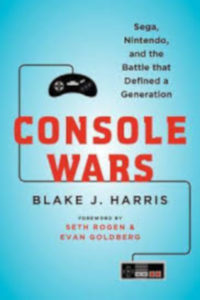 The book, written by Blake J. Harris chronicles the efforts made by Tom Kalinske in reviving the US gaming market from a dull Japan-dependent sector to a full-fledged $60 billion industry. It lists out the work done by the individual during the early 90s at Sega to take on the hegemony of Nintendo and how he made a battle out of nothing. The book has been so famous that a movie is also being made on the same subject.

Read it For:
The book digs deeper into the character of Tom Kalinske and let readers understand all about his unconventional tactics, bold ideas and strategies that were used with great precision. Readers will be amazed to find out that at one point of time, Sega was the market leader in its segment. All these points have been covered in the book.

Don't Read it For:
The book is all about the tricks and plans implemented by Tom Kalinske and does not discuss much about any particular game. Readers who like to

What makes this book stand out?:
Through sheer will, hard work and effective communication, Sega overturned Nintendo dominance in the gaming industry and that is beautifully depicted in the novel. Also, it lists out the various instances when Kalinske made strategic moves and those can be worth reading in the book. 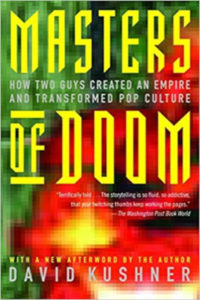 This masterpiece from David Kushner is a story of the rise and fall of John Cormack and John Romero, the two characters who changed PC gaming forever. The book is an account of how these two individuals came out of their poverty and created a gaming empire that took the world by storm. It also details about their friendship, betrayal, artistry and commerce that went into the partnership.

Read it For:
Readers can get to know how id Software was founded by both of them. They can also know how successful games like Doom, Quake and Castle Wolfenstein was created by them. It is a beautiful story of the two personalities and how everything broke apart later.

Don't Read it For:
Readers may not get much insight into the individual games. People who do not like business matters may not like the novel.

What makes this book stand out?:
The novel has been written on the two most famous personalities who shaped the gaming industry of America. The transformation of the popular culture can be felt through this novel. This is t 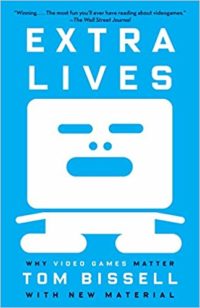 Tom Bissell, renowned writer andlong-lasting game admirer in “Extra Lives”, took the reader on an insightful and entertaining visit to the art and meaning of the video game.

Read it For:
If you like gaming and are interested in thinking about gaming as an art form then this book for you.

Don't Read it For:
if you don't into reading gaming books then this book is not for you.

What makes this book stand out?:
A great book and the10 best-selling books on gaming; It was well thought out and highly suggested for anyone but especially for those looking to write/create video games.

Reality is Broken: Why Games Make Us Better and How They Can Change the World 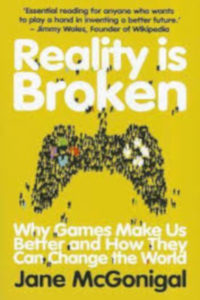 This book by Jane McGonigal looks into how games can play a bigger role in making people happy. It also looks at how games can be used to bring larger public good from serious problems that many nations face today. It is an account of how games can influence people's lives in a positive manner.

Read it For:
Many creative, thought-provoking ideas have been shared in the book that can be worth reading. After reading this book, people may also think that games can be much more than sheer fun!

Don't Read it For:
At times, the plot is completely lost in this book and a reader may feel left out. Moreover, many people may not particularly relate to the idea and that can be a turn-off.

The Tetris Effect: The Game that Hypnotized the World 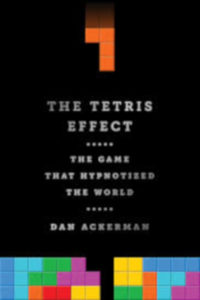 This is such a wonderful story spread over various topics that discuss Tetris through cold war politics, international trade deals, intellectual proper laws, psychological experiments and even lens of philosophical music. Stories are quite broad to showcase the big global scenario of the time period, but enough individual to give you intimate details about the lives of important players.

Read it For:
If you like reading a book related to the history of gaming then this book is for you.

Don't Read it For:
if you are not much into gaming history then this book is not for you.

What makes this book stand out?:
A thorough and fast-paced narrative of the Tetris story, and more interestinglyit is one of the top 10 books on gaming. Great view of the history of the game and how it shaped the thinking of its users. 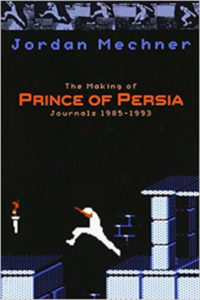 Prince of Persia is a real story behind A Greatest Game of All Time, a story of Jordan's life as he was created Prince of Persia. It reveals everything, struggles, supports, wresting, workarounds, conflicts, dilemmas.

Read it For:
if you are interested in games, movies, writing, programming, or just the fun and anxiety that goes into any creative endeavor, then this book is for you.

What makes this book stand out?:
A fun and fast read that is both an exciting look at the fragile creation of a video game classic as well as a voyeuristic glimpse at a young man trying to figure out where he wants to make his mark in the world.

All Your Base Are Belong to Us: How Fifty Years of Videogames Conquered Pop Culture 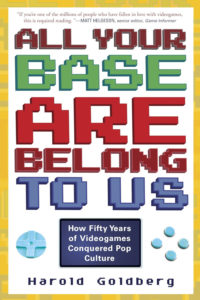 by comprehensive discussions with gaming's greatest innovators, both its icons and those unfairly forgotten by history, All Your Base Are Belong to Us sets out to answer questions, how did we get from creaturesto speeding? How exactly did gaming become a $50 billion industry and a dominant pop culture form? What are theinventions, the people, the stories, and thethings behind thisremarkable advancement? Revealing theinnovation, odd concepts, anddevotionbehind the twenty-first century's fastest-growing medium.

Read it For:
If you've ever wanted someone to explain how and why video games captured the world's imagination, this is the book for you.

Don't Read it For:
if you were not into gaming, then don't buy this book is not for you.

What makes this book stand out?:
It is one of the 10 best-selling books on gaming and extremely informative about some of the most significant events and games in the history of the industry.

The Legend of Zelda: Hyrule Historia 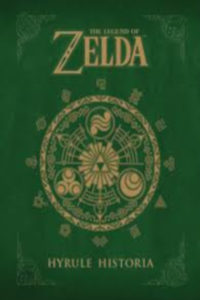 Patrick Thorpe and Michael Gombos have written this Dark Horse Books presentation that brings together the complete history of Hyrule, official sequence of the game and a first-time conceptual art that can be very much liked by any Zelda fan. There is much historical information in this book related to The Legend ofZelda franchisee. The collection of all these stories can be quite fascinating.

Read it For:
There is a beautiful introduction at the start by none other than the legendary game designer Shigeru Miyamoto which is very attractive. There is a lot of information about the game in this book that can be very revealing for any fan. There are many small incidents that have been mentioned in the book and can be quite interesting.

Don't Read it For:
People who do not like the game may not like the book too. They may not be able to relate and recognize the characters and that is why there may not be much interest from them.

What makes this book stand out?:
The way small details have been highlighted in this book must be mentioned here. It is just a treat reading those details. Also, the initial introduction by Shigeru Miyamoto is a stand-out feature of the book.

The success of these books has led the writers to write many books on the same, and most of the books are amongst the popular books on Games. People who have liked the game and readers who have gone through the book are sure to find it interesting.