As children, we all were fascinated by fairy tales. They take us to a world of fantasy and imagination, and every child wants to dwell there and be a part of these fairy tales. Time may have elapsed and the hobbies of today’s generations’ might have shifted from reading to technology, but the demand for fairy tales remains the same. With the passage of time, it gets necessary to modify the same old fairy tales, which we have read, seen and known for years now, and present them in a different style originally based on folklore, myths, and previously written fairy tales. The newly written fairy tale retellings put a twist on fantastical stories that have captured our hearts and imaginations for decades and open a new avenue for fantasy lovers. 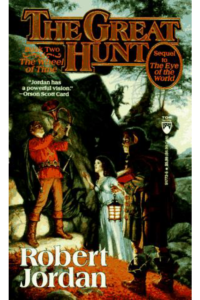 The Great Hunt is a fantasy novel by American author Robert Jordan, the second book of the Wheel of Time series. It consists of a prologue and fifty chapters. The main story is about a group of young heroes, namely Rand al'Thor, Mat Cauthon, and Perrin Aybara, all ta'veren, who join Shienaran soldiers in a quest to get the Horn of Valere out of enemy hands

Read it For:
The Great Hunt is the second book in the Wheel of Time series and picks up more or less exactly where the Eye of the World ended. Much like the first one, it is definitely a must read for all fantasy fans

Don't Read it For:
several of the same problems that plagued the first volume were pretty much repeated in the second volume as well. Laughing maniacally and destroying the odd evil peon may look and sound impressive at first, but after a while, it becomes rather boring. still it is first on the top 10 bestselling books on fairy tales retelling

What makes this book stand out?:
This series as a whole has everything one could wish for from high fantasy: action, magic, politics, history, relationships, character growth. Triumph, betrayal, hope, tragedy, comedy. What this series accomplishes is a blend of all of these in a masterful work of art that is unrivaled in balance across themes

A Beautiful Curse: A Retelling of the Frog Bride 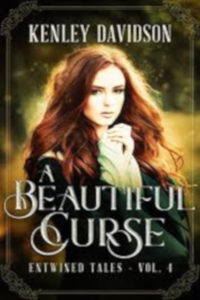 This book written by Kenley Davidson is a romantic fairy tale. When a bumbling fairy godfather gifts a humble woodcutter’s fourth child with extraordinary beauty, she spends the next eighteen years trying to hide it-behind a book.

Read it For:
The book will speak to the soul of every book-lover. It is full of beauty and emotion and sparkles with love, laughter and life lessons

Don't Read it For:
The stories seem to keep getting shorter. They are definitely short stories and should be published together as a set

What makes this book stand out?:
It is a great twist on fairy tale. The role reversal made this a fun retelling of the Frog Prince. The humorous fairy godfather makes a fun plot twist later in the book which comes a great surprise to the readers

Hunted by Meagan Spooner is a unique, beautiful re-imagining of Beauty and the Beast which also incorporates elements from Russian folklore and featuring an archer heroine

Read it For:
The story is super unique, while still remaining true to the elements from Beauty and the Beast. The twist in the story is great and the writing is very engaging. this is one of the top 10 books on fairy tale retelling

Don't Read it For:
Hunted is very light on romance, so those who look for fast burning love stories, should not go for this one

What makes this book stand out?:
The ending of Hunted is so much sweeter because of the way the author chose to treat the romantic element

Fairest of All: A Tale of the Wicked Queen 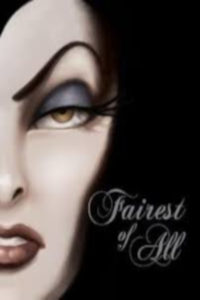 A tale of the young princess and her evil stepmother, the Wicked Queen, is widely known. Despite a few variations from telling to telling, the story remains the same-the Queen was jealous of the girl’s beauty and the jealousy culminated in the Queen’s attempt on the sweet innocent girl’s life

Read it For:
For those who love fairy tales and Disney retellings, especially for those who want to delve deeper into the stories , this is a great book

Don't Read it For:
This is not a book for the kids, this is a rather depressing story . The original story is a story of obsessive vanity but this is a story of neglect, abuse and insanity

What makes this book stand out?:
This book did exactly what it was intended. It stuck to the storyline and still managed to give more insight and new characters without changing anything drastically

Stolen Enchantress: Beauty and the Beast meets The Pied Piper 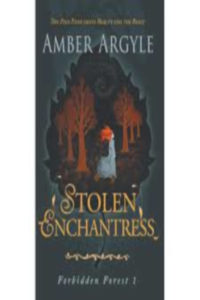 Any girl who goes into the forbidden forest never comes out again. Except the one who did. With her little sister clutched in her arms, Larkin manages to escape, but not before discovering the truth lurking beneath the wicked boughs

Read it For:
Enchantress is a fast paced fantasy tale. It has a brilliant world building and magic system, along with well written characters and a fairy tale feel to the novel. it is most loved book in list of books on fairy tales retelling

Don't Read it For:
The writing style and choice of words might seem difficult for children to understand

What makes this book stand out?:
This book comprises of gripping and unputdownable fantasy with a sprinkle of fairytale-retelling. With its memorable characters , enchanting magic and suspenseful story it is sure to draw readers 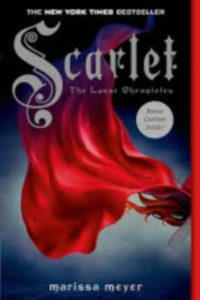 Cinder, the cyborg mechanic, returns in the second thrilling installment of the best selling lunar chronicles. She is trying to break out of prison- even though if she succeeds , she will be the Commonwealth’s most wanted fugitive

Read it For:
Scarlet is like the rebellious little sister. Cinder is clearly the star but Scarlet makes for a good teammate

Don't Read it For:
This book is not as good as Cinder. The readers don’t really get to know Scarlet properly in the book, except her concern for her grandmother and her wolf

What makes this book stand out?:
How the two storylines, that of Cinder and Scarlet came together is the best part of this book 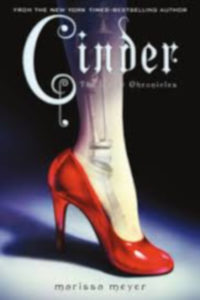 Cinder is the 2012 debut young adult science fiction novel of American author Marissa Meyer. The story is loosely based on the classic fairytale Cinderella. Cinder, a gifted mechanic, is a cyborg. She is a second class citizen with a mysterious past, reviled by her step mother and blamed for her stepsister’s illness

Read it For:
This book grips its readers from the very first page, yanking the readers into Cinder’s world, and letting them see what it is like to be different from everyone else

Don't Read it For:
The language used, might seem a bit difficult for children to comprehend.

What makes this book stand out?:
This book received numerous awards and accolades like Maine Student Book Award Master List, Pennsylvania Young Reader’s Choice Award Master List etc. Cinder was selected as one of IndieBound Kids' Next List for winter 2012 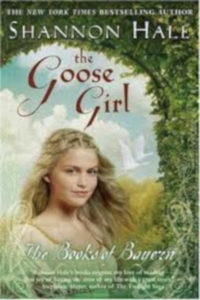 This book is a fantasy novel by Shannon Hale based on the brothers Grimm fairy tale of the same title. Ani tries to meet with the king to expose Selia’s lies, but since the king of Bayern has never previously met Ani in person, he does not recognize that she is a true princess

Read it For:
The best part of the book is Ani’s journey of self-discovery and how she became her own person once her princess title was stripped from her

Don't Read it For:
Those who look for a lot more romance, this book is not for them

What makes this book stand out?:
The book won the 2003 Josette Frank Award for youth fiction, 2003 Utah Children’s Book Award, 2003 Utah Speculative Fiction Award and Finalist for the Mythopoeic Award

An Inconvenient Princess: A Retelling of Rapunzel 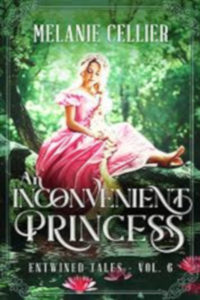 Penny knows all about expectation. After all, she is a seventh child and they were always blessed especially in a fairy-favoured family like Penny’s .But Penny also knows all about disappointment

Read it For:
The book follows a road-trip style of a plot and is adventurous and entertaining! It is full of fun, whimsy and surprising twists. For those who enjoy retellings with unique spins, this one is for them

Don't Read it For:
Penny’s story was wrapped up beautifully we wish we had more closure for Liesa

What makes this book stand out?:
An Inconvenient Princess is a beautiful twist on a classic tale. It is vivid, imaginative and very enjoyable. Melanie’s writing is very elegant and captivating. it is most popular book on fairy tales retelling

The Beast Within: A Tale of Beauty’s Prince 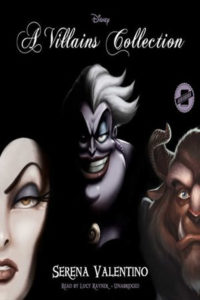 This book is a novel written by Serena Valentino, the writer of Fairest of All. Based on Beauty and the Beast, it serves as a prequel to the film, telling of the story of the  Beast and how he became a monster, as well as the events that led up to the curse broken.

Read it For:
Beast’s quirks, personality and characteristics remain much like the original, yet there were also exciting, additional characters that added some much needed individuality.

Don't Read it For:
The plot’s finale is a bit disappointing. This adhered almost too much to the original and felt a bit like it rushed through its predecessor’s plot points to finish the book.

What makes this book stand out?:
The book made for an entertaining reading experience seeing former character,, from the series, reintroduced and particulars of future titles already hinted at.