Masashi Kishimoto is a creator and illustrator of Japanese manga artist and is known for the world-famous manga series Naruto. Naruto was in circulation from 1999 to 2014 and became the third-most popular manga after One Piece by Eiichiro Oda and Dragon Ball by Akira Toriyama. Apart from the Masashi Kishimoto popular books, he has also written a number of one-shot stories and supervised the making of the two anime films based on the books. 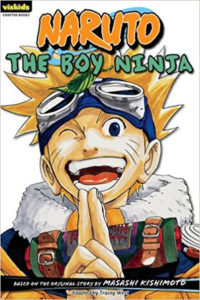 Naruto is a young boy with lots of pranks and a big secret under his belt. He wants to train and become the greatest Ninja who ever lived, but cannot keep his mischievous self under control.

Read it For:
The book is a funny and cheerful beginning to a great series.

Don't Read it For:
Naruto’s formative years can be too childish for a grown-up manga lover.

What makes this book stand out?:
Showing glimpses of Naruto’s true potential through all the pranks and tricks. 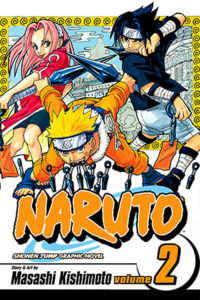 Naruto and his group of friends from the Ninja Academy get allotted their first ever mission to protect the bridge-builder Tazuna against the enemy Zabuza – the demon of the mist.

Read it For:
The young ninjas showing off their new-learned skills makes for a glorious read.

Don't Read it For:
This is not the main fight of the series, so if you are in haste to reach the end, skip this.

What makes this book stand out?:
Giving Naruto that scope to become something more to fight the battles for those who cannot fight it for themselves. Told in a light manner, it holds so much meaning for the rest of the series. 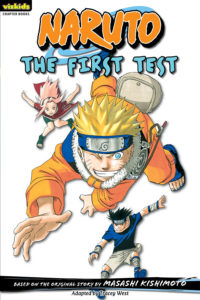 The First Test has Naruto and his friends and classmates Sasuke and Sakura giving their first even written test in the academy. Naruto has to choose between carrying on with his pranks or settling down to take the test and fulfill his dream of becoming world’s most powerful ninja.

Read it For:
To find out whether Naruto gets to take the test or gets thrown out of the school instead.

Don't Read it For:
Children often seem to take inspirations from their comic books – so if you think all the pranks before exam time might leave a mark on them, keep the book away.

What makes this book stand out?:
Naruto’s never-dying dream in spite of everyone doubting him gives us a ray of hope too

Beauty is the Beast 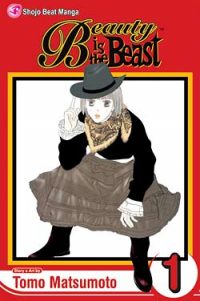 After Naruto and his guy friends, it is the girls’ turn to show some powers and do some fight. Firstly, Anko steps in to offer help to fight against her former teacher Orochimaru – their strangest enemy so far; and then Naruto’s friend Sakura has a big role to play too.

Read it For:
Girl power in the ninja world at its best

Don't Read it For:
It might feel like stalling the character arc of Naruto a little bit.

What makes this book stand out?:
Showing the world how women in the ninja world of Naruto are not only equal but sometimes better – both in the fight as well as moral senses.

The Tests of a Ninja 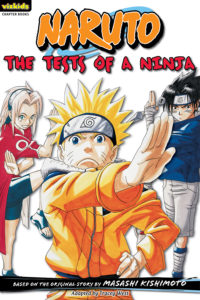 In this book, Naruto gets to meet his new friends, the moody and intense Sasuke, and smart and witty Sakura. He also meets his new teacher or Sensei Kakashi with whom he should be training for becoming the best Ninja ever – but he sticks to his character and keeps joking around.

Read it For:
The second chapter book of the series, the book picks up after the first one had ended.

Don't Read it For:
Not very action packed as a manga action strip

What makes this book stand out?:
Starting off the trio’s lives of sticking together and fighting the battles together.

Uchiha Itachi is the brother of Sasuke – the friend of Naruto whom we see in the original series. He is born during the peak of war and promises to himself that he will bring an end to all the violence one day. His younger brother is born, and then he races down the path of fulfilling his resolution, unaware of the danger that lies ahead.

Read it For:
Knowing the backstory of Sasuke more clearly.

Don't Read it For:
If you are not really interested in knowing side stories or backdrops.

What makes this book stand out?:
Shifting from the usual Naruto perspective like the other Masashi Kishimoto books, and telling the story from Sasuke’s point of view. 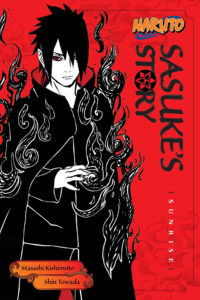 After the end of the Great Ninja War, Sasuke finally sets off down the road to settle the debts and find the root of the evil that his brother Itachi faced in the prequel of this book: Itachi’s story.

Read it For:
It gives more answers about the dark and mysterious friend of Naruto’s

Don't Read it For:
Should not be any reason there, since every Naruto fan ever wanted to find out the story of Sasuke’s character.

What makes this book stand out?:
Drawing more perfectly the ever-developing character arc of Sasuke through all the peaks and troughs. 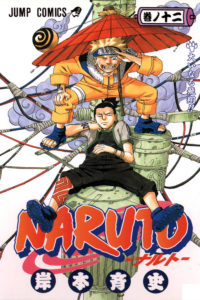 In the third and final fight of the Chunin Selections, Naruto faces off with Neji, the one considered to be the best young ninja in the village of Konohagakure. Naruto has the new power of accessing the power of nine-tailed fox, but Neji, on the other hand, is a genius.

Read it For:
It comes as a sort of big face-off for the first time.

Don't Read it For:
Some people say that this book gets too big and too many characters for Naruto to get his due spotlight.

What makes this book stand out?:
It is a convergence of age-old rivalries, family ties, friendship, romance, thrill and even a little bit of drama sprinkled on. 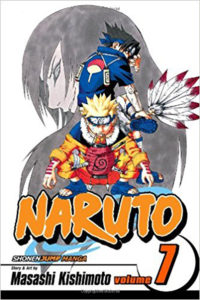 As a part of their Chunin Selection Exams, Naruto, Sasuke, and Sakura face off with the strange antagonist Orochimaru, and now they have even lesser time to collect those scrolls that they need to pass the test.

Read it For:
The adverse situations and unbelievable tests that the aspiring ninjas have to face throughout.

Don't Read it For:
There is no reason why you should not because this book is very important in the developing character arcs of all the three.

What makes this book stand out?:
A Masashi Kishimoto bestseller, this book shows how the young ones have grown up to be hard as nail warriors. 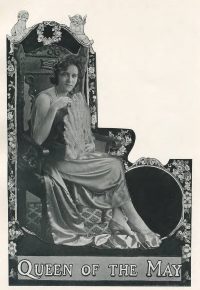 Naruto has been away training with Jiraiya. After two years, he comes back home thinking he is now the best among his older friends but finds out that is not yet the case, much to his chagrin. But when one of them is kidnapped, he has to make do with whatever he has and save the day.

Read it For:
Naruto’s change in his prankster ways and baby steps towards becoming the more responsible one.

Don't Read it For:
Too many characters sometimes mess up the main plot.

What makes this book stand out?:
The first time the characters are all grown up and ready for the next stage of the battle.