Horatio Alger Jr. was a prolific 19th-century American writer, best known for his work in the field of young adults novels on the topic of boys from humble backgrounds, who through sheer determination and hard work rose to success and found a good life. His writings were characterized by the “rags-to-riches” narrative. Alger secured his literary recognition in 1868 with the publication of his fourth book, Ragged Dick, the story of a poor bootblack’s rise to middle-class respectability. This novel was a huge success. Best Horatio Alger books in order are Ragged Dick, The Cash Boy, Sink or Swim, Jed the Poorhouse Boy, From Farm to Fortune, etc. 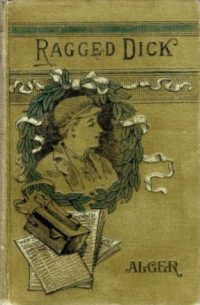 The tale follows a poor bootblack's rise to middle-class respectability in 19th-century New York City. Dick, a 14-year-old bootblack boy, tries to find a way to rise to a better life and living standards. And he manages to just that with high confidence, determination, great sense of humor and generally friendly nature.

Read it For:
It is engaging and inspirational and is one of Horatio Alger best sellers.

Don't Read it For:
A fairly repeated storyline.

What makes this book stand out?:
A quick read. 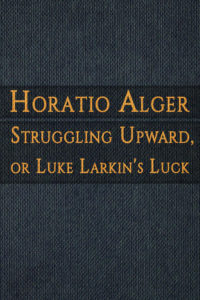 Luke Larkin lives all alone with his widowed mother, where they both struggle with the financial crisis on a daily basis. Despite the poor finances, he still gets invited to a high-class party by Florence, who is a regular at these parties. Duncan Randolf, Luke Larkin’s all-time enemy, is all set to pull Luke Larkin down, like a typical bully.

Don't Read it For:
Predictable ending.

What makes this book stand out?:
A book which will impact its readers beyond its pages and certainly is a top 10 book by Horatio Alger. 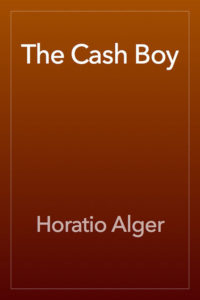 A young lady takes care of a child, without knowing his name, which makes her name him, “Frank Fowler,” which also happens to be husband’s name. She treats both her kids, Grace and Frank Fowler equally, which makes him believe that she is her real mother.

Read it For:
If you are a fan of 19th-century novels and are also a history buff.

Don't Read it For:
Some characters are not fully developed.

What makes this book stand out?:
An enjoyable read which can be finished without wasting much energy. 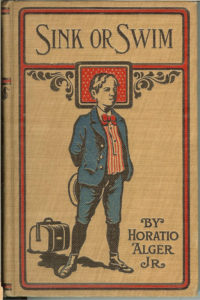 The hero, Harry Raymond, is a 15-year old boy living in Vernon, New York. After Harry's father passes away, he is now burdened with the responsibility of taking care of his family. He also faces a great number of difficulties during this time, but he manages to win some people over with his attitude and resolves, and in the end, comes out much better for his efforts.

Read it For:
Great quick read.

Don't Read it For:
Can be a bit predictable

What makes this book stand out?:
A story of grit and determination. 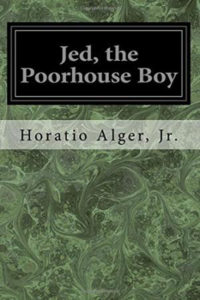 Jed’s life was a living hell, which was pretty unbearable for the poor kid, who lived at the poorhouse. With so many obstacles to conquer on a regular basis, Jed seemed quite tired and fed up with his life, leading to a lot of disappointment and despair. This was all about to change, when an actor accidentally enters the poorhouse, thinking it’s a hotel. This seemed the right opportunity for Jed to flee away from the poorhouse and lead a happy life elsewhere. But, will he be able to escape?

Read it For:
Keeps you invested in the characters and stories.

Don't Read it For:
If interested in a more complex storyline.

What makes this book stand out?:
Makes us feel for the characters. 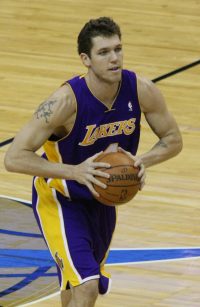 Luke Walton sells newspapers in Chicago to help and support his widowed mother and younger brother. After Luke saves a wealthy lady in Chicago and takes his life in his hands when he decides to confront the man who robbed his father of his wealth and brings him to justice.

Read it For:
Targeted at the youngsters and offers moral lessons.

Don't Read it For:
Not as fun as some of the author’s other books.

What makes this book stand out?:
Sad and compelling look into life in 19th century.

From Farm To Fortune 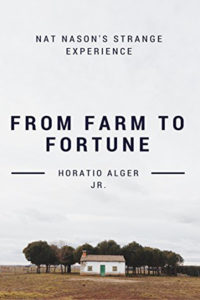 Nat Nason, a poor country boy who wished to find a better life. His life on the farm was unusually hard for him, and after a quarrel with his miserly uncle, with whom he lived, he resolved to make a name for himself. Nat was poor, and it was a struggle to reach the great city, where he believed that fame and fortune awaited him.

Read it For:
Beautifully described characters

Don't Read it For:
Might be too short for some readers.

What makes this book stand out?:
A simple story with a message which is a recurring theme in Horatio Alger books. 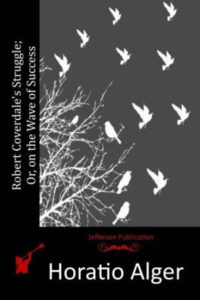 In a New England’s fishing village, Young Robert works hard to support his aunt in the absence of his uncle, an abusive alcoholic. Eventually, he goes to New York City and tries to make a living.

Read it For:
Like many of Horatio Alger best books, this is an easy read.

Don't Read it For:
The book occasionally slows down in pace.

What makes this book stand out?:
A look into the struggle of different people of the society. 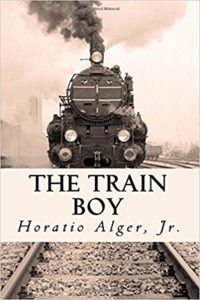 Paul Palmer, a smart sixteen-year-old boy,  aided his family by making a living by selling various kinds of books and papers on the Chicago and Milwaukee Railroad. It’s Paul’s destiny and luck that he escapes a fatal railway accident, where several had died. Paul feels grateful for his life and decides to work harder which makes him successful and prominent in the business arena.

Read it For:
Perfect adventure story for children

Don't Read it For:
Might be too long for some readers.

What makes this book stand out?:
This book has a unique writing style which makes it one of Horatio Alger’s popular novels 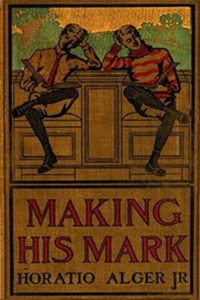 Cheated of his inheritance by his scheming stepmother, young Gerald Lane goes to work for a lawyer who sends him on a dangerous mission to Montana to recover the stolen money.

Read it For:
Lots of character which makes it interesting to read.

Don't Read it For:
The story loses pace in the middle which may make some readers lose interest

What makes this book stand out?:
The writing style is easy to understand and can be easily grasped even by young kids.