Christmas stories have entertained and educated children for centuries. This is a collection of some of the best Christmas books for kids which provide a fine amalgamation of fun and wisdom. Though these books were written primarily for kids, they can be enjoyed by other age groups too as we never grow too old for Christmas tales! 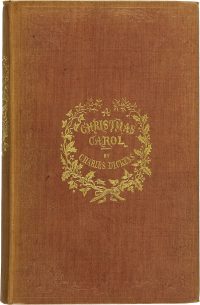 Scrooge, an elderly man who had a reputation for misery, hated Christmas. He considered Christmas "a poor excuse for picking a man's pocket every 25th of December!" The novella takes an interesting turn when the spirit of his late friend Marley visits him and tells him that he would see three ghosts. He also warns him to listen carefully to them. The visions which Scrooge had while the ghosts visited him, transformed him completely!

Bear Stays up for Christmas! 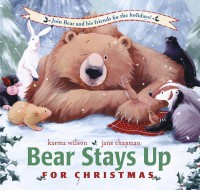 Our dear Bear is very fond of sleeping. He would happily miss all the festivities of Christmas for a good, sound sleep. But his friends won't let him do so! The bear is made to help his friends in various Christmas chores such as baking, hang up stockings etc. The bear learns invaluable lessons by helping his friends and it turns out to be a fun experience!

How the Grinch Stole Christmas! 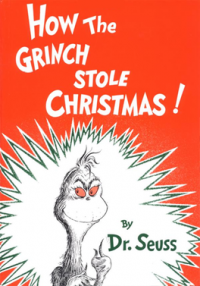 Grinch the green monster lives on Mount Crumpit with his dog Max. He used to get annoyed by the noisy Christmas celebrations in Whoville. So, he made an evil plan. He decided to Steal Christmas! But how? Well, by stealing all the presents, Xmas trees and food. To accomplish this, he dresses up as Santa and tries to make his dog look like a reindeer! He cunningly managed to succeed in his endeavor. After coming back to Crumpit's top, he was expecting gloomy cries but hears something very different! 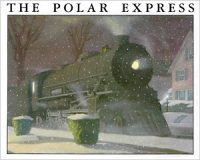 The Polar Express is a story of a young lad who miraculously boards a strange train which takes him to North Pole. To his amazement, he met Santa himself! Moreover, he is given a chance to ask anything in the world as his Christmas present. He chose something which wouldn't usually cross anyone's mind. The story unfolds in a very heartwarming manner and the special gift became a medium for delivering an important message! 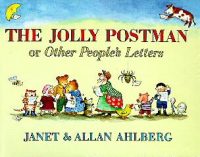 This book, second in a series of three won Janet Ahlberg her second Greenaway Medal (It is a British literary award for distinguished illustration in a book of children). It is a tale of the Jolly Postman making his Christmas mail deliveries to different characters. Apart from great illustrations, it also comprises of some treasures like Humpty Dumpty jigsaw puzzle, the Christmas card to Baby Bear from Goldilocks etc. 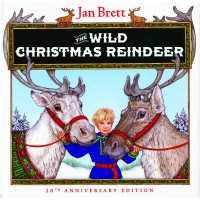 Teeka, on account of her good behavior and vicinity to Santa's Winterfarm(Santa's Place), gets the opportunity to train Santa's reindeers for the Christmas Eve! But it was not as enjoyable as she thought. The reindeers weren't easy to train. It is a story of the arctic girl fighting all the hardships with love and finally getting a result she could only 'dream' of! 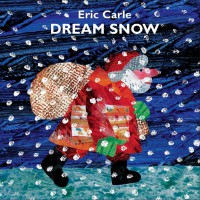 A simple farmer, after finishing off his work goes to sleep. He then dreams of a snowfall. When he wakes up, he finds that his dream has come true! He decorates Tree('Tree' is the name of a tree!) and arranges labelled gifts for his animals. This is an Eric Carle book apt for the 3-5 age group.

How to catch Santa. 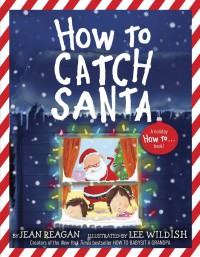 "Be crafty! Be clever! Be gentle!"- these were the tips given by the two sibling narrators for catching Santa. It is a comedy which can be appreciated even by tiny-tots. Jean Reagan has written two New York bestsellers in the same 'how to..' style. This instructional style makes the comedy hilarious and so the book is definitely a Christmas must-read.

The Elf on the Shelf 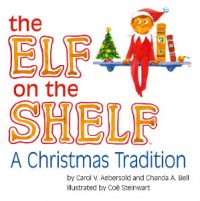 Have you ever wondered how does Santa scrutinize our good and bad acts to decide what we'll get as our Christmas present? This book is a perfect remedy to this curiosity. Santa's elves hide in homes and fly to North Pole for reporting everything when people are asleep! The Elf on the Shelf is a character in the story which explains the different rules associated with this magical process. 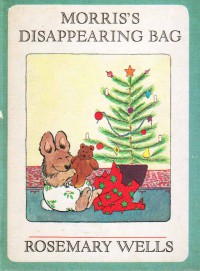 Poor young Morris feels left out as his older siblings play with their new toys. But Christmas had something special in store for him. He finds a disappearing bag and becomes invisible by jumping into it. Now he has something anyone would want, but people will have to find him first!