Helen Beatrix Potter was an English writer who was born in a privileged family and spent her childhood away from other children which can be seen in her books as well which feature only pets and she had a lot of them.

She was also an illustrator, natural scientist, and conservationist. Here’s a list of best Beatrix Potter books in order, for all the kids to indulge in-

The Tale of Peter Bunny 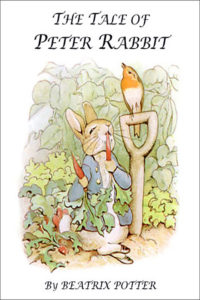 One of the Beatrix Potter best books, this book is about a rabbit family; Peter is the youngest in the family and mischievous as well. The baby rabbits are told that they should not wander in Mr. McGregor’s garden as their father was taken when he went there; Peter’s sisters listen to mum, but Peter wanders and gets caught by Mr. McGregor. After a narrow escape peter comes home but he has lost his clothes, and as a circumstance, he is given tea for dinner which puts him to sleep while the rest of the family enjoys yummy dinner.

Read it For:
The book is a must-read for the all the kids to understand that being mischievous more than enough is not good and good kids get rewarded like Peter’s sisters got a yummy dinner.

Don't Read it For:
The book is short and has a cute story; however, not giving Peter a good dinner was not fair, but it is still a nice lesson for kids.

What makes this book stand out?:
The book is designed and explained in a way which is perfect for a 5 year old kid.

The Tale of Jemima Puddle Duck 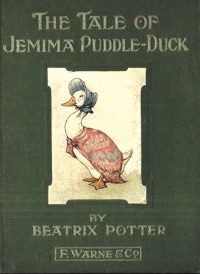 The story is about a duck who lives in a farm, the wife of farm owner always takes away her eggs for incubation as she thinks ducks cannot do that, annoyed with that Jemima decides to find a place where she can lay her eggs. In a search for this safe place, she meets a fox which convinces her to lay eggs in his hut. After that Jemima is rescued at the last minute in a very interesting way.

Read it For:
The lesson from the book is that we should not trust everyone we meet and this is why every kid should read the book and understand that. It is one Beatrix Potter’s best sellers.

Don't Read it For:
The dogs who rescued Jemima, eat her eggs; not fair, but then she lays some more eggs and becomes a mother.

What makes this book stand out?:
The lesson in the book is conveyed in a very nice way.

The Tale of Squirrel Nutkin 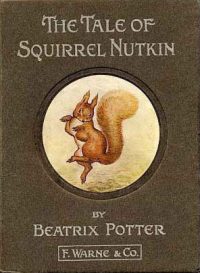 The story is about a group of squirrels who travel to Owl Island for collecting nuts. They take permission of the Owl there to collect nuts; Nutkin constantly sings foolish riddles and annoys the owl way too much. Angry by his actions, the owl decides to skin Nutkin alive. He is able to escape but at the cost of his tail.

Read it For:
The book will teach you exactly how to treat your elders, you should not make fun of them and respect them, always.

Don't Read it For:
The cost Nutkin pays is not good, I don’t like the fact that he lost his tail; it’s not fair. Well, the book doesn’t fail to deliver the message.

What makes this book stand out?:
The description is creative and worth reading.

The Tale of Mrs. Tiggy Winkle 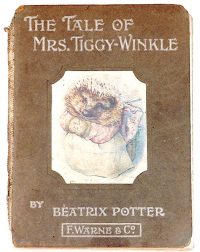 The story starts with Lucie, a little girl who has lost three handkerchiefs and a pinafore. She asks cat and hen, but they don’t have a clue about it, she goes out to investigate and meets Mrs. Tiggy Winkle who is the laundress of animals. She gives Lucie her handkerchiefs and pinafore back, nice and clean. The girl is back but no one believes her that she has met her.

Read it For:
The book has delivered everything in a fun and imaginative way which is nice from a reader’s point of view.

Don't Read it For:
It is an amazing Beatrix Potter book, but the fact that no one believed Lucie’s encounter with Mrs. Tiggy is not good, however, the author assures that she knows about her as well.

What makes this book stand out?:
The message that you should stay careful with your belongings and we should help people in need is important for kids to imbibe.

The Tale of Tom Kitten 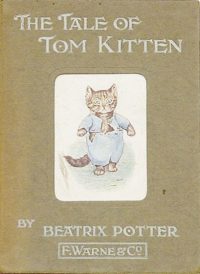 The story starts with three kitten siblings playing in their garden, their mother calls them in and cleans them up as she will be having guests very soon. They are dressed properly and told that they should not indulge in any activity which can spoil the dress. The kids don’t listen and end up spoiling their dresses. The mother is angry and locks them up in the bedroom, telling guests that kids have measles.

Read it For:
First of, read it to understand that getting fat is not good, your buttons will pop out just like Tom’s and second is, that doesn't trouble your mother by your actions, don’t trouble her too much.

Don't Read it For:
The ducks took their clothes which is something I don’t like at all, but then they lost it as well.

What makes this book stand out?:
The beautiful illustrations done by the author is very nice and kids will love it

The Tales of Two Bad Mice 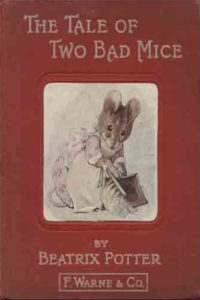 The story starts with two dolls in their dollhouse where everything is made out of plaster even the food. One day they go out when two mice invade their home, finding that everything is of plaster they are annoyed and destroy everything.

Read it For:
The lesson in the book is that don’t be a bad kid, be nice with everyone.

Don't Read it For:
This Beatrix Potter best seller has no bad parts at all. However, some may not like the fact that the dollhouse is destroyed.

What makes this book stand out?:
The message in the book along with the domestic problem of mice is highlighted nicely.

The Tale of Mr. Jeremy Fisher 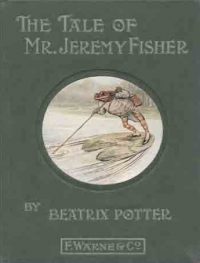 The story is about a frog that goes to fishing, planning to call his friends for dinners if he can catch at least 5 The frog fails in the attempt to catch fish and returns home with a broken finger, vowing that he won’t go for fishing again.

Read it For:
The explanation of fishing trip gone badly is very funny and nice.

Don't Read it For:
The broken finger of frog is something I didn’t like at all.

What makes this book stand out?:
The fun way to deliver that we should stay away from dangers is very nice.

The Tailor of Gloucester 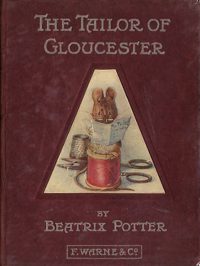 The story starts with a cat going to do errands for the tailor, the cat at home has caught some mice under cups which are freed by the tailor and cat is mad, so she hides the twist needed for mayor’s marriage coat. The tailor falls ill but finds that the mice have finished the work out of gratitude except for one buttonhole as there was not enough twist, the cat gives a twist to the tailor, and he completes the coat making a fortune.

Read it For:
The book has nicely presented the lesson that we should be nice to everyone, like the cat.

Don't Read it For:
Cat Food was released which is something not good, but then tailor would have not a made a fortune if the mice were not set free.

What makes this book stand out?:
The amazing description of the book and the illustrations are amazing. 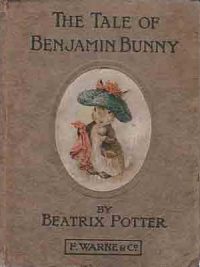 This book is another part of Peter Rabbit in which he goes back to Mr. McGregor’s garden with his cousin Benjamin to recover his clothes, while Mr. McGregor was away. They get trapped, but then saved and everything goes well.

Read it For:
The fans of Peter rabbit should read this part and fall in love with Benjamin as well.

Don't Read it For:
The cat was locked by Benjamin’s father during their rescue which is something I didn’t like at all, overall a nice book.

What makes this book stand out?:
The details, fun and the adventure a preschooler will find in the book is very different.

The Tale of the Flopsy Bunnies 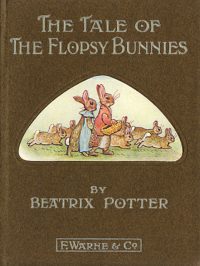 Peter and Benjamin are grown up now. Benjamin is married to Flopsy with six baby bunnies. They one day go in Mr. McGregor’s garden and get caught, the mouse comes to help, and the bunnies are saved in a fun way.

Read it For:
The adventure in the book is really fun and the descriptions are amazing.

Don't Read it For:
The character of Mr. McGregor is spoiled as he looks like a fool in this part, kids will still love the book and fear Mr. McGregor.

What makes this book stand out?:
The lesson about being careful and helping others is nice and conveyed differently.