Demons are a topic that has interested humans for centuries. The interest in demons has steadily increased over the years, with many top books being written on this subject. Some of the best books to read in 2016 were books on the demon and the supernatural. With such a huge fan following, many magazines and newspapers also included books about demons in their list of the best books to read.

However, demons don’t only mean a supernatural entity. Demons may also refer to the problems and struggles that a person is facing in his life every day. Book recommendations for books like these are often high because they teach readers how to overcome their demons. Some of the top 10 books of 2016 were books on how to defeat your inner demons.

Witches and Demons: A Comparative Perspective on Witchcraft and Satanism 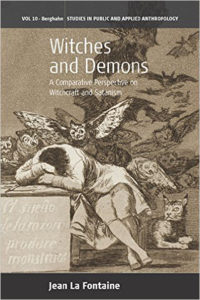 A book that explores the various cultural perceptions of evil and the juncture of lay and expert understandings of it. This is one of the top 10 demon books.

Read it For:
The interesting chapters which touch upon a variety of topics like devil worship, human sacrifice and children practicing witchcraft.

Don't Read it For:
Slow to pick up in some places; it might bore some readers.

What makes this book stand out?:
The book makes a superb attempt at understanding the cultural differences in a writing style that is smooth and easily understandable.

In the Jungles of the Night: A Novel about Jim Corbett 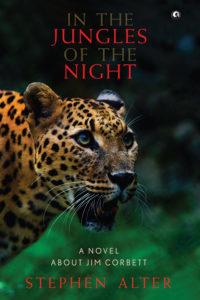 Attempting to shed light upon Jim Corbett’s life, the book shows him as a young boy of fourteen who fights off the demons that haunt his native city of Nanital. The other two sections talk about his youth and his retirement to Kenya.

Read it For:
An insight into the life of the famed hunter, naturalist, and conservationist who was also one of the first wildlife photographers.

Don't Read it For:
The author strays in parts from his main narrative and does a decent but not brilliant job of narrating.

What makes this book stand out?:
The clarity of the writing which shows the immense courage, bravery, and integrity of Jim Corbett.

Heartbroken Gemma, is drawn to a deep new emotion with her, while she is mourning the death of her love, Evan, from a poisoned kiss. The book is about how Gemma will have to summon all her courage if she wants to fight fate.

Read it For:
A beautiful, breathtaking story, it is bound to attract readers with its interesting premise.

Don't Read it For:
Many readers, who are not interested in this genre, will not find the book interesting.

What makes this book stand out?:
The book has been written in a style that is elegant with prose that can only be described as intense. This was one of the top 10 demon books of 2016. 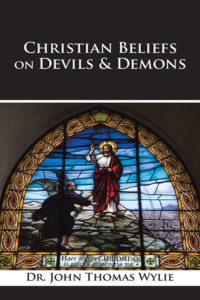 A book that propagates the Bible as the one true source of knowledge about the spiritual world, while revealing the devil in all of his naked glory.

Read it For:
The viewpoint that the gospel brings hope and salvation to the lost and that it is the only way, one can overcome the advances of the Devil.

Don't Read it For:
Some readers might find the book orthodox and slow.

What makes this book stand out?:
The crisp way in which the author has put across his views, while saying that the Devil is biggest liar and deceiver, from the very beginning of time.

Putting on the Witch 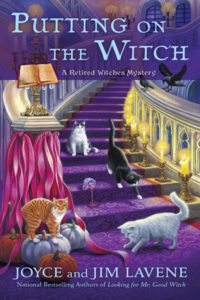 A book about a coven of witches who have to find a missing spell book, and locate the killer of a member of the Grand Council of Witches, all the while with a real Spanish Inquisitor breathing down their necks.

Read it For:
Charming characters, in a read that is fun and entertaining.

Don't Read it For:
This is a novel of a niche genre, and thereby it does not have a mass appeal. The premise is also weak, and readers should read the other books in the series before starting on this one.

What makes this book stand out?:
The sparkling narrative in a book that has mystery, fun and paranormal events altogether. This was one of the top books to read in 2016. 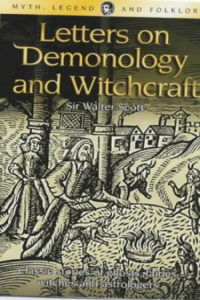 A book about the lost knowledge of supernatural creatures like demons, faeries, ghosts and even on demonology and the paranormal world.

Read it For:
The brilliant insight it provides into the world of the paranormal.

Don't Read it For:
The book tends to become repetitive at times, goes off track, and is sometimes intricate and hard to understand.

What makes this book stand out?:
The gripping narrative, which keeps the reader engrossed right from the very first page.

Cleaning the House on South Street 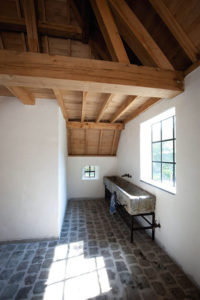 The final book of the series of The House on South Street, the book revolves around the final struggle between good and evil forces, as they strive to close the veil between the realms of the living and the dead.

Read it For:
The gripping narrative of the banishment of witch to eternal damnation and the role played in it by unlikely heroes.

Don't Read it For:
Readers should read the other books in this series before setting their hands on this one.

What makes this book stand out?:
A thrilling storyline, which is sure to captivate the imagination of the audience. 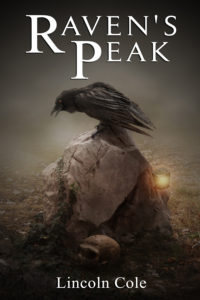 The book is about Abigail who discovers a terrifying demonic threat to the sleepy little town she lives in and how she has to trust and protect someone who has ties to the supernatural forces she is fighting against.

Read it For:
The superb suspense which is held throughout the action-packed pages in the book.

Don't Read it For:
The character development is slow to build up, and their personalities are not very deep.

What makes this book stand out?:
The spell-binding prologue, which is dark and terrifyingly brilliant, as well as its humor and intrigue. 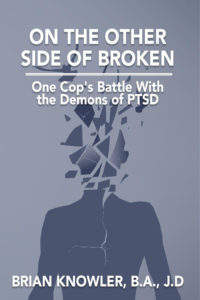 On the Other Side of Broken is the story of a policeman named Brian and how he descended into darkness and depression in the years following the death of his friend, to which he had been a witness.

Read it For:
The story of how Brain finally agreed to admit that he had a problem and how he rebuilt his life after it had crashed into a million pieces.

Don't Read it For:
This is a book about fighting a person’s inner demons and might not interest readers who are looking for the genre of supernatural.

What makes this book stand out?:
The courage that reflects off the pages, in a strong description of a sequence of events that will leave readers moved.

Fear No Evil: Tackling Quarterbacks and Demons on My Way to the Hall of Fame Hardcover 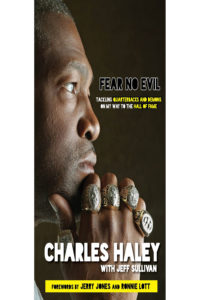 Fear No Evil is about the journey of one man and how he dealt with his inner demons, which in this case turned out to be bipolar disorder.

Read it For:
The inspiration and the bravery of the author in dealing with his mental health and his long journey in overcoming it.

What makes this book stand out?:
A book like this is very important in today’s times. It makes readers with similar disorders feel validated and helps them understand that they are not alone and that with proper treatment, they can lead normal lives too.