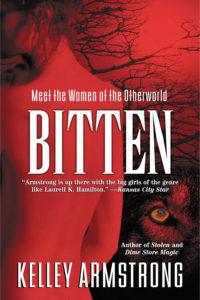 The only female werewolf, Elena Michaels, spends her life hunting down rogue werewolves. She leaves her Pack and goes to live in Toronto as a human. She is forced by her allegiance to the Pack and rushes to their aid while they ask for her help.

Read it For:
It is a great book to read as a beginner to the genre. This is how your love affair with urban fantasy will start.

Don't Read it For:
Elena Michaels’ character is strangely inconsistent in the beginning. However, she moves on to be a more independent character as the series develops.

What makes this book stand out?:
Elena Michaels is a strong, keenly intelligent woman and is an excellent example of a role model for young readers. Her character development and the supernatural intrigue is something you can’t resist! 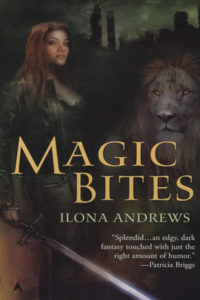 Kate Daniels is a mercenary who is on the quest for justice when she comes to know that her guardian is murdered. She is drawn into a power struggle between two strong factions within Atlanta’s magic circles. Kate encounters the Pack and The Masters of the Dead by whom she is pressurized to find the killer.

Read it For:
It is a thrilling ride into a magical Atlanta where there exist a huge variety of magical and mythical creatures.

Don't Read it For:
This novel might not be for everyone, it is for fans who like their fantasy with a darker edge. There is also very less romance in it.

What makes this book stand out?:
Kate’s narration is something that makes the story fun and interesting. 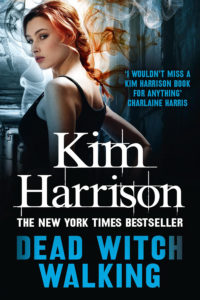 Kim Harrison combines witty humour, crime investigation and the paranormal in this Urban Fantasy novel. Rachel Morgan is a lovable and intriguing witch who gets pulled into a conspiracy that is deeper than she realizes.

Read it For:
Rachel Morgan, other than being an interesting character herself, has a roommate, Ivy, who is a living vampire. (Kim Harrison’s world has three kinds of vampires!) Ivy’s relationship with Rachel is intriguing.

Don't Read it For:
Kim Harrison fully embraces her cliché and, hence, parts of the story might seem illogical. However, in the end, it all comes together.

What makes this book stand out?:
The author’s incredible wit combined with the thrills of the genre results in a must-read! 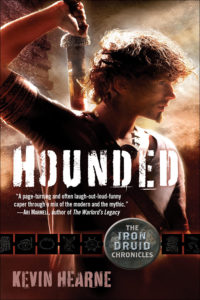 Atticus, an Irish druid, lives in Tempe, Arizona with his faithful wolfhound Oberon. He has been running for two thousand years after stealing a magical sword from the Tuatha De Danann. Unfortunately, the Celtic God who wants that sword has tracked him down, and Atticus has to deliver himself from evil.

Read it For:
The time Hearne has spent building this fantastical world is something to admire. Everything supernatural actually exists, and the strength of their manifestation is directly proportional to the faith of the mortals.

Don't Read it For:
The overall writing is a touch on the sloppy side, but there is a good reason for it. Hearne sacrifices a lot of the natural flow and structure to increase the pace of the story. This novel will keep you on the edge.

What makes this book stand out?:
Hounded is a very competent debut which is short, sweet and incredibly well-crafted in terms of the world it is based on. 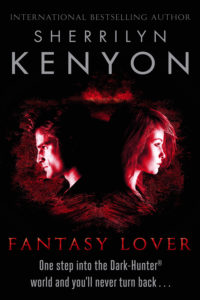 Julian of Macedon, after living a tragic and unfulfilled life, is cursed by his half-brother to live in a book and be a love-slave forever. He can escape his prison only when a woman summons him during the full moon. He must spend the next month satisfying her every sexual fantasy. His life goes on like this until he meets Grace Alexander.

Read it For:
The heart-stopping romance scenes with Julian and Grace are the highlights of the novel.

Don't Read it For:
Grace isn’t a very novel character. She is repressed and inhibited, and that might make the book seem less fun for a few.

What makes this book stand out?:
The depth of feeling in Fantasy Lover is prominent, and Julian is an incredibly lovable character. It appears as though immense thoughtful attention went into creating his character. 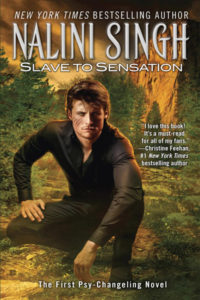 Sascha Duncan, a Psy, lives in a world that denies emotions. She is forced to conceal the feelings that brand her as flawed. Lucas Hunter meets her and what only started as something to lure turns into fascination. The two races are on the verge of war.

Read it For:
Slave to Sensation is a sensual romance. It is character-driven, and there is an element of mystery to keep you thrilled.

Don't Read it For:
Sascha and Lucas’ inner dialogues are slightly repetitive. It isn’t immediately gripping, but it will leave you with sufficiently positive feelings.

What makes this book stand out?:
Sascha and Lucas are starkly different from each other. It is not your usual romance novel. 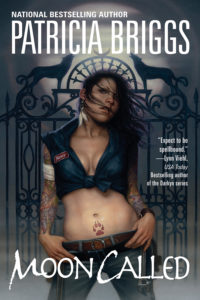 Moon Called features Mercedes Thompson who is a shape-shifting coyote and mechanic who spends her spare time karate-training and tinkering with different automobiles. This novel is a fun introduction to Mercy’s life that revolves around her getting caught in the middle of events she can no longer control.

Read it For:
Mercy is a strong and humble character who narrates the story.

What makes this book stand out?:
It is an exciting adventure story with Patricia Briggs bringing werewolves into a new light. 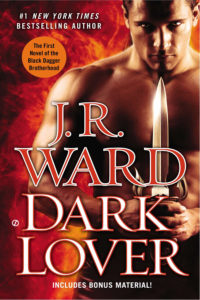 Wrath, the only purebred vampire left on earth, has a score to settle with the slayers who murdered his parents centuries ago. He is the leader of the Black Dagger Brotherhood. He meets the daughter of one his most trusted fighters and ushers her into a world of sensuality beyond her wildest dreams.

Read it For:
The setting with The Black Dagger Brotherhood and the Lessening Society is carefully created with well-written characters.

Don't Read it For:
It will take awhile to understand Ward’s world in depth.

What makes this book stand out?:
It is written in multiple points of view, giving a clearer back-story for each character. 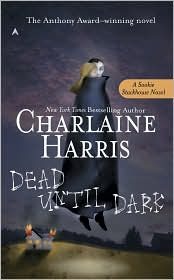 Sookie Stackhouse is a small-time cocktail waitress in Louisiana. She has power; she can read minds. She meets a guy named Bill Compton who she can’t read, hence, takes a liking for him. Sookie is drawn into the midst of a mystery revolving around a strangler in Bon Temps and missing women.

Read it For:
Sookie is a bad-ass and strong protagonist. She is the best thing about Dead Until Dark.

Don't Read it For:
Character development in Harris’ novel is lacking. Almost every character other than Sookie and Bill feels non-existent and one-dimensional.

What makes this book stand out?:
Sookie is not a typical book heroine- a damsel falling in love. Her relationship with Bill is pretty normal, considering their otherworldly dispositions. 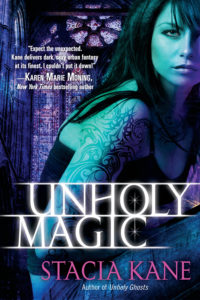 The post-apocalyptic world of Unholy Ghosts takes place in Triumph City. The living must protect and defend themselves from the ghosts of the dead, and the Church reimburses citizens harassed by the deceased. Chess Putnam is a witch who is also a ghost-hunter. She is keeping a dark secret- Chess begins to wonder if the rush is worth it. Unholy Ghosts is a dark urban fantasy novel.

Read it For:
Downside Ghosts is a brutal place where Unholy Ghosts is set in. The pacing of the book is excellent, and the characters are vividly written about.

Don't Read it For:
The world-building of Kane isn’t impressive, but the flow of the story is something you can read the book for.

What makes this book stand out?:
Chess’ fight with her nasty drug habit. The story doesn’t glorify her habit but shows how she is human, despite her talent for banishing wicked ghosts.