World War 2, an event which not only damaged many people’s life but also had shattered the political, economic and social conditions of many countries, was nothing short of devastating. Every single soul who has witnessed that era has a story to tell and hence following is the list of books on World War II in the below sections. 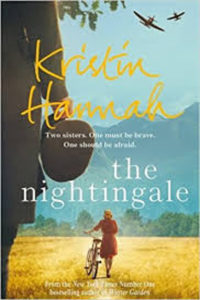 The book is about the two sisters of completely different natures who live through the problems, atrocities and every other situation when one of the sister’s husband is sent to war.

Read it For:
The bond of the sisters has been portrayed in a very beautiful manner which makes the book completely worth reading.

Don't Read it For:
It might have some disturbing content about how people were treated in that time. That might not be very likable by few readers.

What makes this book stand out?:
The book clearly describes how the sisters, one very homely, turn into brave women and fight through everything that they face which makes the book appear on top 10 books on world war II list.

The winds of war 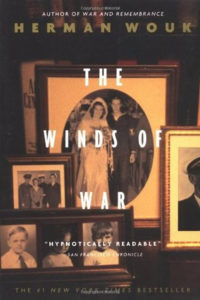 Apart from the other books which describe the real-time content, Wouk made a successful effort in bringing up his fiction novel about a family who witnesses and forcefully drawn into the very center of the war’s maelstrom.

Read it For:
The book is a perfect blend of drama, romance, heroism, and tragedy and makes the book very interesting and gives so many things to talk about.

Don't Read it For:
Readers may not like the concept of fiction at least for World War II, and it might not become a very good choice for them. 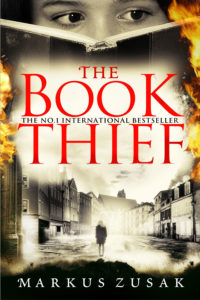 The Book Thief by Zusak is a masterpiece which tells about a foster girl who is a bookaholic and can’t resist them. It shows how she learned to share the books with her German neighbors and Jewish people hidden in her basement.

Read it For:
This book has been recommended as a children’s Bookshelf selection and is worth reading anytime.

Don't Read it For:
As said, it’s a very good book for children, it might not get the adult readers interested in it.

What makes this book stand out?:
The book, rather than being a very big story with difficult language, is short story novel and a very favorable one. This makes the book stand in the popular books on World War II. 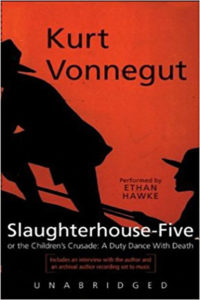 The slaughterhouse, unlike others, is an anti-war book centered on the fire-bombing of Dresden in Second World War.

Read it For:
It is a book which gives you the answer to some questions that we are even afraid to ask.

Don't Read it For:
The book is about innocence, bitter and funny story and lots more and if the reader is not much interested in this kind of books then he might not find it very breathtaking.

What makes this book stand out?:
The book has a vivid explanation of what a kid faces as an apocalypse, and it makes the book stand in the list of top 10 best-selling books on World War II. 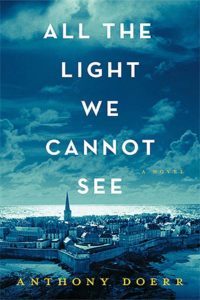 The book is about a girl who loses her eyesight at the age of 6 and a boy who loses his innocence and becomes a successfully specialized tracker of the Resistance.

Read it For:
The book shows how the lives of both the children of two different families changes and what they become. It's an interesting and emotional book which might leave you stunned.

What makes this book stand out?:
The book makes an impact on the eh reader as it tells about how the innocence of the children was ruined in the process. This makes the book stand as one of the top 10 best selling books on World War II. 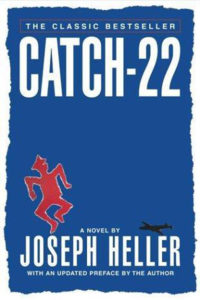 The book Catch-22 is a story about a man of the army who is afraid of his own officials as he thinks they want to kill him. Here, he wants to quit and escape the situation in every possible way.

Read it For:
The book has been written very beautifully, and the incident shave been repeated multiple times to bring a different point of views. The book can be interesting as an intellectual presentation of views has been given here.

Don't Read it For:
If you have your rigid view over what happened in World War 2, then this book might not help you much as it gives a flexible opinion about every incident.

What makes this book stand out?:
The book has been written in third-person narration and directly creates an impression on the reader which strongly makes this book a unique one. 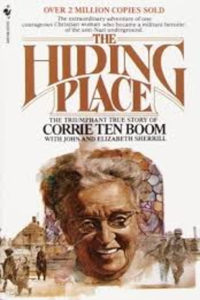 It’s a story of two sisters who were caught by Nazi soldiers, and the whole book is about how the sisters manage to bring transformation in their lives.

Read it For:
The writer has used very sensitive language while writing not to disturb the reader as everyone is well aware of brutality that Nazi soldiers possessed.

Don't Read it For:
Though the book has shown the truth very beautifully, readers might find a bit terrifying and disturbing and end up closing the book eventually.

What makes this book stand out?:
The book has dramatically involved Christ’s message, unlike other books. This makes the book totally outstanding and unique simultaneously.

The diary of a young girl 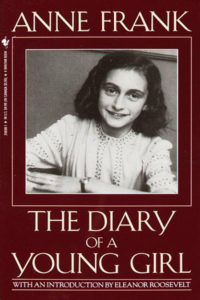 The diary of a young girl is a story of a girl who gets a diary as her birthday present, writes every day, and suddenly all the entries stop when she and her whole family are taken by the Nazis. The book tells about all the suffering that her family faced during the holocaust.

Read it For:
Everyone should read this book as it explains the edge of brutality and Nazis who didn’t even think of crossing the edge.

Don't Read it For:
If the reader isn’t very fond of real life terrible experiences, then this book might be a bad option.

What makes this book stand out?:
The diary was written by a teenage girl, and when Nazis captured her, her last words on diary were the promises to start it again on a new day which never came.

With the old breed 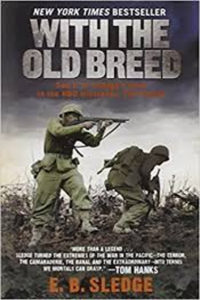 The book ‘with the old breed’ is the real-life account of an Alabama boy who ends up in the hell of Okinawa during the world war which was a nightmare. Book has got all the content from the notes that Sledge kept inside a copy of New Testament.

Read it For:
This book is an honest, moving memoir free from false patriotism and has to be added to the shelf if the reader is interested in world war stories.

Don't Read it For:
The book is a masterpiece but its totally on reader’s interest whether he wants to read it or not.

What makes this book stand out?:
The writer has perfectly portrayed of what Sledge has faced and what all he went through during the war, and it makes the book unique in itself. 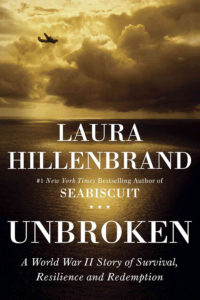 It is a story of a prodigious athlete turned Army man during the World The story takes a turn when a bomber plane crashes into the Pacific ocean, and the man survives. It is all about how he is going to struggle to survive through the ocean waters.

Read it For:
It’s an extraordinary novel with sensitive writing style to make the reader keep interested in it.

Don't Read it For:
If real life struggle book is not your area of interest, then this book shouldn’t opt for any chance.

What makes this book stand out?:
The book has shown the limit crossing abilities of human body and spirit to survive during the most adverse situations.