Western Sahara as a region has constantly been in a state of tumult, chaos, and conflict. The tug of war between the Polisario front and the Kingdom of Morocco has been an ongoing tussle for nearly five decades now. It is only natural for one to wonder how life goes on for the population residing there.

The conflict has woven itself around the lives of the people that belong to this region and has influenced their way of life a great deal. However, it makes an interesting destination for those who wish to get a peek into its functioning.

Here is a list of books on Western Sahara that paint an authentic picture of the nature of what the region has been undergoing. 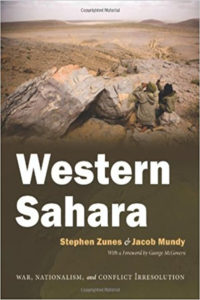 The book lives up to its title and happens to be one of the most critically acclaimed works in this respect. The dispute has long been unresolved – right from the UN’s inability to establish peace through its powers to the never-ending tensions with Algeria and first world countries like the United States and Spain as well.The authors examine this issue inside-out and across all registers – administrative, political, and local – only to name a few.

Read it For:
First-hand knowledge and expertise employed in this book is what vouches for its authenticity – making it an account with a strong foundation.

Don't Read it For:
Considering that it covers a vast area of conflict, the book makes for a dry read.

What makes this book stand out?:
Given how authentic it is, the book comes through to the reader in projecting the painful truth of the lives of the people of Western Sahara

Western Sahara: Anatomy of a Stalemate 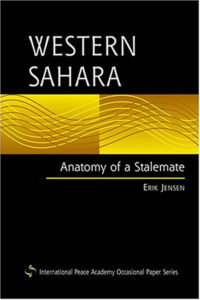 After its tryst with colonisation by Spain, Western Sahara as a region never got to experience freedom in the true sense of the word. As the title suggests – Jensen calls the situation a political stalemate and attempts to find out why. Be it the efforts made by the UN secretary or his personal envoy James Baker; the conflict has gotten nowhere close to being resolved.

Read it For:
The book has an interesting vantage point, to begin with, and Jensen explores this standstill situation covering even the most meticulous details

Don't Read it For:
Although one-of-its-kind, Jensen’s account seems to offer little to those looking for the entire picture

What makes this book stand out?:
It focuses on policy and the efforts made by external agents in this issue.

Western Sahara: The Roots of a Desert War 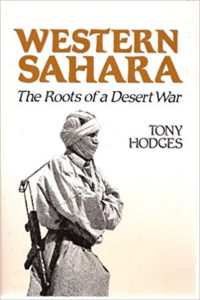 In this book, Hodges walks the reader through the history of the region right from when men could remember it. After having given the reader this elaborate insight into the past, he delves into the political and military aspects of the governance in the region and does so very efficiently.

Read it For:
The elaborate nature of the account. It is vast and covers almost all the aspects of this 50-year-old on-going conflict.

Don't Read it For:
One can definitely question if some of his insights into the issue and predictions for the future are slightly askew from expectations.

What makes this book stand out?:
Hodges representation of the history is rather fascinating and is more than just facts. It seems to be a thorough scan of various perspectives involved.

Beyond the Last Oasis: A Solo Walk in Western Sahara 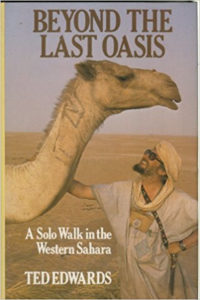 The book is a personal account of the nineteen-day trek of 350 miles that Ted Edwards himself completed in February 1983. This also happens to be the longest solo-camel journey ever recorded. With his extraordinary sense of humour and his ability to weave words together, Edwards brings the Sahara in the raw to the reader.

Read it For:
Edwards offers a beautiful description the terrain of his solo trek, making it seem almost as if he’s taking the reader along.

Don't Read it For:
The extremities of his trek can be difficult to digest for an average reader.

What makes this book stand out?:
Edwards’ ability to portray the massive hurdles that he encountered as bitter-sweet memories with his dry wit.

Endgame in Western Sahara: What Future for Africa’s Last Colony 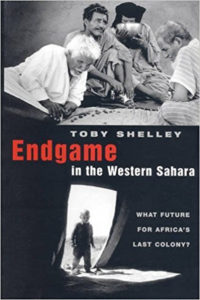 Shelley, a Financial Times journalist, offers an interesting account of the conflict as his book asks a few hard-hitting questions like how Western Sahara's history and fate is entangled with the differences between Morocco and Algeria. It also explores the role of major global players like the United States and Europe and how they are stakeholders in this war and attempts to do justice to the same.

Read it For:
The specificity and the level of detail that comes with it and not to forget the wide array of questions that it addresses.

Don't Read it For:
It is easy for one to get lost in this multitude of specificities.

What makes this book stand out?:
Shelley ventures into areas such as identities of the local communities such the Sahrawis making for an informative source into the every day of the locals in the region. 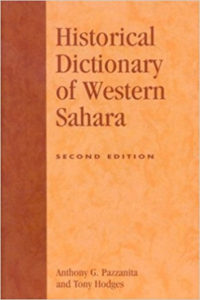 As is explicit from the title, the book is an elaborate arrangement of all the historical happenings in the Western Saharan region. Chronologically arranged, the book is an encyclopaedia of sorts, offering an enriched set of facts in one place.

Read it For:
It functions as the one go-to place for all things factual about the region.

Don't Read it For:
The factual nature of the book can be overwhelming and dry in terms of a format.

What makes this book stand out?:
The ease that it offers to the reader is unique

International Law And The Question Of Western Sahara 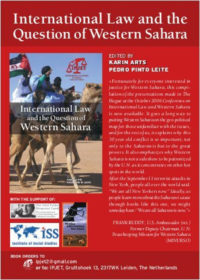 A collection of essays, the book is a take on the issue through the eyes of a lawyer. It is a compilation of contributions by various international lawyers and is edited by Arts and Pinto.

Read it For:
The legal insight into the issue is an essential outlook for anyone who wishes to know more about the state of affairs in the region.

Don't Read it For:
The nomenclature can be inaccessible for an average reader.

What makes this book stand out?:
The neutral party - The international court of justice has had an important role to play in the entire duration of the conflict, and it is of paramount importance that its side is heard which this book serves as a tool for. 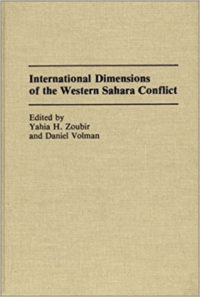 Covering the already largely controversial issue in a new light, this work features new research and attempts to understand facets of intertwined aspects of human rights, international law, natural resources and tries to pivot to a possible end to this war.

Read it For:
The book is a brilliant presentation of facts coupled with the essential opinion of stakeholders involved.

Don't Read it For:
The nomenclature can be inaccessible for an average reader.

What makes this book stand out?:
The multitude of aspects that it tries to make accessible to the reader or any first timer willing to know more about this issue. 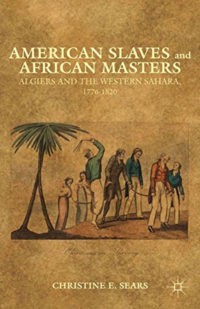 Addressing slavery - a question that has long bothered the world as a whole, the book takes us through the journey of the coming out of slavery as a system. It explores the similarities and differences in the enslavement of Americans and Europeans by the Africans.

Read it For:
The fact that situation, in this case, happens to be on that is flipped in comparison to the normative is what constitutes the bulk of the work.

Don't Read it For:
The book is a long read given the massive nature of the facts and history involved.

What makes this book stand out?:
The enticing details of these entrapped colonisers trapped in the arid lands of Western Sahara ensure that the Africans have had the last laugh in this case. This is what makes the book stand out. 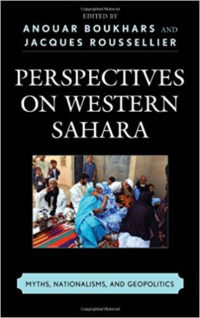 Covering the already largely controversial issue in a new light, this work features new research and attempts to understand facets of intertwined aspects of human rights, international law, natural resources and tries to pivot to a possible end to this war.

Read it For:
The book is a brilliant presentation of facts coupled with essential opinions of stakeholders involved.

Don't Read it For:
Given the juggling that exists between the various outlooks, it is easy for one to overlook minuscule details which one gets a sense of through this book.

What makes this book stand out?:
The multitude of aspects that it tries to make accessible to the reader or any first timer willing to know more about this issue.