Ulysses S Grant is one of the most important figures to have held the powerful title “the President of the United States.” He was the 18th resident of the White House and before his political career; he went on to play a decisive role as a General in the Civil War. 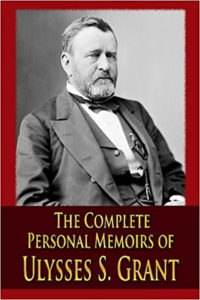 A straight up close and personal look in the man’s life by the man himself. The two-volume work talks about Grant’s military career in detail including the Mexican-American War and the American Civil War.

Read it For:
It is very much real, and Grant has presented himself with prose that is effective and sharp. Therefore, he seems more than a war hero; he gives the image of an honorable, law-abiding Western cowboy.

Don't Read it For:
Obviously, as Grant himself wrote these memoirs, there is certain manipulation of actual historical events where he might have failed in reality, an example being the Battle of Shiloh.

What makes this book stand out?:
If you are looking for a good American autobiography or an account of the Civil war, what’s better than reading the words of an active player in this conflict? So obviously Grant’s own writing makes this one of the most popular books on Ulysses S Grant as well as one of the top 10 best-selling books on Ulysses S Grant. 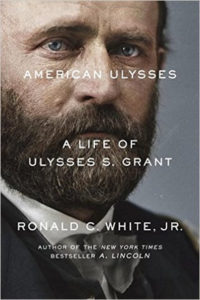 Seven years of research on Grant’s memoirs and documents are presented in this book. The author Ronald White argues that Ulysses has been a major historical figure who fell out of favor among the critics and the public. He wishes us to change our perspective.

Read it For:
It does not glorify the President but rather talks about him as a man under troubled circumstances.

Don't Read it For:
If you have been an ardent critic of Grant’s campaigns and policies, then you can give this a miss as the author tries to think the other way.

What makes this book stand out?:
Where many have criticized some battles under Grant’s leadership, White wants us to re-analyze it 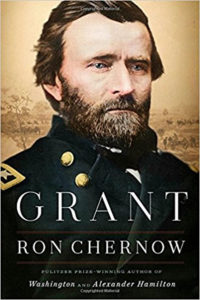 A deep insider’s look into the life of this complicated yet straightforward man.

Read it For:
Surely to be of interest to those who have been following details in Grant’s lift to those for whom Civil War knowledge is all Greek.

Don't Read it For:
His personal details like his drinking habits and marriage seem unnecessary.

What makes this book stand out?:
Ron Chernow’s iconic book has made Ulysses Grant come alive for a whole new generation of Americans. 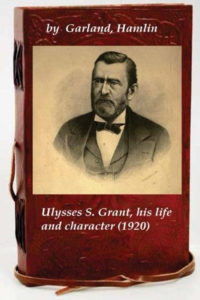 An archaic account written in the 19th century based on interviews with soldiers and Grant’s family members.

Read it For:
Hamlin Garland’s writing style is enjoyable along with being factual.

Don't Read it For:
Some opinions expressed might seem out-dated or bigoted.

What makes this book stand out?:
One of the last few relics surviving on the Civil War that were written in that period itself. Hence, it is probably the rarest and one of the best books on Ulysses S Grant. 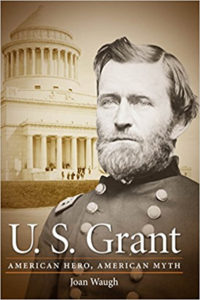 An unconventional biography of the first half is talking about Grant’s life and achievements while the second part dwells on how his reputation somewhat faded over the years.

Read it For:
Gives you two sides and aspects of Grant’s personality.

Don't Read it For:
Slow pace of the book is annoying.

What makes this book stand out?:
A meaningful book for many who want to reevaluate the Civil War.

Grant and Sherman: The Friendship that Won the Civil War 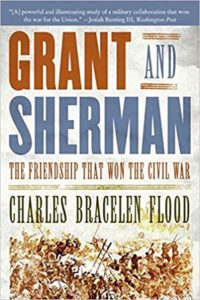 As the name suggests, it is about the personal and military relationship that Grant and William Sherman which eventually helped in the Union victory in the War.

Read it For:
The problems in the turbulent life of both the characters play out in a novel-like fashion.

Don't Read it For:
Slightly casual for a historical text.

What makes this book stand out?:
Other books focus on Grant’s marriage or his military blunders but here’s a book talking about his bonding with Sherman, which many authors have not covered.

Letters of Ulysses S. Grant to His Father and His Youngest Sister 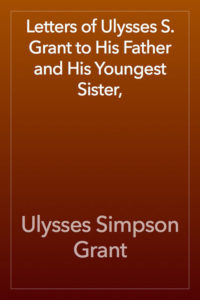 A series of memorable letters written by Grant to his loved ones talking about the difficult decisions he made in both military and administration.

Read it For:
The cool light approach of these accounts.

Don't Read it For:
You cannot finish reading all the letters as at one point, it can get boring for some people.

What makes this book stand out?:
Tells you about the heartwarming emotional side of this otherwise stone-cold General. 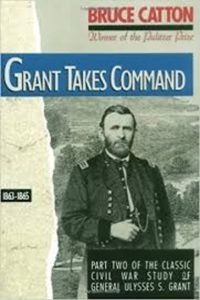 The underdog story of Grant by a Pulitzer Prize-winning historian. It talks about how Grant was initially dishonored in the Army because of his demeanor and drinking habits but how Lincoln knew Grant could be an asset. What follows is the glorious history of Grant’s successful military campaigns.

Read it For:
A fresh biographical tale which is almost cinematic in its style.

Don't Read it For:
For those looking for battle details, the book might, unfortunately, focus more on the cabinet work and political meetings.

What makes this book stand out?:
Even if the narrative falters, Grant’s character itself is electrifying. It is a must-read on the 10 best-selling books on Ulysses S. Grant list. 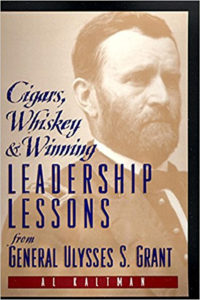 Also published under the title of “Cigars, Whiskey and Winning,” the book talks about how dynamic leadership started from the battlefield. Before corporate leaders and visionaries like Edison or Rockefeller, there were military generals whose strategies itself provide important guidelines for management and efficiency.

Read it For:
A side of Ulysses S Grant that you never knew. You know him as a President and a General, but here author Al Katman gives you a unique picture of Grant as a leader, a self-help guru.

Don't Read it For:
Some of the life lessons are too obnoxious or superficial.

What makes this book stand out?:
Perhaps the only book on Ulysses S Grant which gives practical lessons in real life too along with re-telling of the past

Grant’s Last Battle: The Story Behind the Personal Memoirs of Ulysses S. Grant 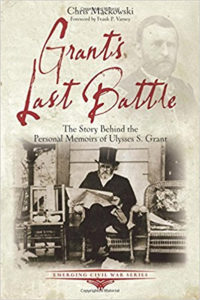 This is a part of the Emerging Civil War series authored by Chris Mackowski. It talks about the final days of Grant who while battling throat cancer, was intent on completing his personal memoirs and securing a safe financial future for his family.

Read it For:
A deep personal take on Grant’s story and you would almost sympathize with him as he struggles to stay alive. This book is one of the best books on Ulysses S. Grant to read.

Don't Read it For:
This book only covers the last days of Grant’s life. Therefore don’t read it if you want details of his military achievements or Presidential tenure.

What makes this book stand out?:
Just the fact that in the end while facing death, all humans appear the same. Ulysses S Grant was a titan in America, but in the end, we see him as a struggling human. This makes it a very moving account.