Punjab is an Indian state bordering Pakistan where maximum India’s Sikhs reside. Chandigarh is the capital city of the state and it is India’s largest agricultural base in India. Manufacturing units such as scientific instruments, agricultural goods, fertilizers and sports goods are majorly based here. In this article, I will tell you about the 10 best-selling books on Punjab. 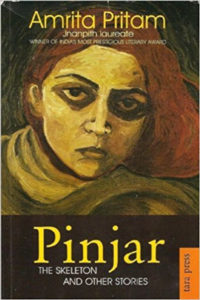 Pinjar was authored by the Novelist Amrita Pritam in the year 1950. It is a story about a Hindu girl, Puro, kidnapped by a Muslim man, Rashid. Her parent’s refuses to take her back when she manages to run back to them from Rashid’s house. Pinjar is considered as to be a very popular book on Punjab.

Read it For:
The simple language used to portray the character of Puro and her life in Punjab is amazing. The author pours her heart into this book showcasing the life of people in Punjab post-independence.

Don't Read it For:
If you hate sad ending as this heartbreaking story will hurt you to the depth of your existence. This book is also exceptional only when you are well versed in Punjabi. The translation doesn’t really do justice to it.

What makes this book stand out?:
This book was adopted by Bollywood with the same name in the year 2003 starring Urmila Matondkar, Manoj Bajpayee, and Sanjay Suri. The film also won the national film award. The short read yet the life of a girl who was objectified as a vessel of family honor and thrown away when it was at stake. It is so relevant still today in some parts of India that we can see Puro in every other Indian Girl who went through her stage. 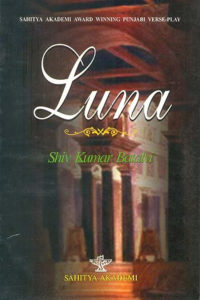 Loona is a Punjabi epic written by Shiv Kumar Batalvi. It is based on the legendary saint Puran Bhagat. Puran is a prince whose father remarries a girl named Loona after his mother’s death. Loona was much younger than her husband so she with time gets attracted to Puran and conveys her feelings to him. Puran instantly refuses her, loona on being hurt with his refusal convinces her husband to send Puran to exile. Years later childless Luna meets him and asking for forgiveness. Bhagat forgives her and later she gives birth to a child.

Read it For:
It is not only beautifully penned down but also, it’s a close study of human characters and circumstances. The book states various topics throughout the read but judges nothing, in turn leaving it on to the reader to make his own judgement.

Don't Read it For:
If you are not a fan of psychological verses then this is not the book for you to read. A casual reader may find it hard to read through because you might not want to involve you thinking capacities and stress yourself.

What makes this book stand out?:
The transformation of character from the protagonist to villain builds a concept of human behavior which reverses with time. The capacity of the tale from the positive to negative and again positive makes it one of the best books on Punjab. 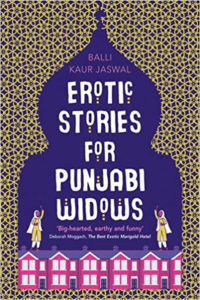 Nikki take a creative writing job at a temple with visions to help widows revisit their days of teenage and was shocked to see that no one is interested in it. To her surprise she later finds out that womanhood, sexuality and dark secrets are hidden behind their white dupatta.

Read it For:
If you are humor lover then this book will light up your mood after a long day. It is hilariously written and excellently portrays the reality of young widows who on societal pressure gives up their demands and wishes.

Don't Read it For:
If you are a serious reader and want to read some fabulous piece then this book might seem unduly lengthy and unedited at many pages. Sometimes the author loses hold on the main topic and concentrates on the narratives.

What makes this book stand out?:
The way feminism and confidence of women are portrayed is worth praising. This book is dark yet heartening. This book is all about women empowerment highlighting the dingy side of the society who pressures widows to stop living. 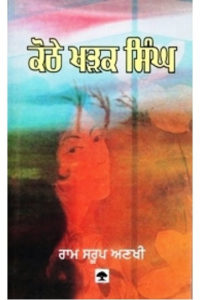 This book describes rural Punjab in an amazing way. It is a political novel which presents three generations and narrates independent India before the partition of Punjab. It also describes the cultural and socio-economic changes the state witnessed during that time.

Read it For:
The characters that the story depicts will match with characters of people around you. Simple language and the bibliographic information will keep you hooked to the book.

Don't Read it For:
If you are not a fan of political topics then this book is not for you. The whole book illustrates political environment of Punjab pre-partition.

What makes this book stand out?:
The interpretation of Punjab lifestyle back in early days of the partition will make you realize about the rich cultural surroundings of the city. 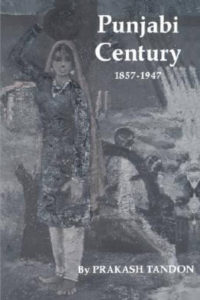 A critical record in the social history of India, this is a book that presents the autobiography of a Punjabi family over three generations. This book provides a captivating view of what the Britishers meant for the Elite Punjabi families.

Read it For:
An interesting insight of the disappeared world. An emotional point of view of Punjab before the independence is precisely characterized.

Don't Read it For:
If you are a fast reader then the slowly scripted story might discontent you at times. It is not a one night read, a long slow it is perfect to understand it.

What makes this book stand out?:
The real culture of Punjab has been nicely authored in the book. It is a delightful read that covers the custom, traditions, culture, and memories of Punjab pre-partition. 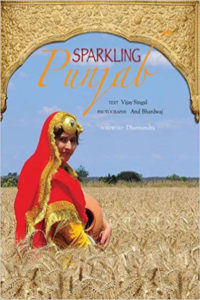 Authored by Vijay Singhal and Atul Bharadwaj is a passionate journey through every corner of Punjab. This book captures different facets of Punjabi religious and social life. Robust rustic roads, green fields, valor and sacrifice, warm and welcoming hospitality is warmly detailed by over 400+ pictures.

Read it For:
If you want to take tour to Punjab through a book then this one is the one for you. The way it has been penned gives a picture of the state’s color and valor into the pages of the book.

Don't Read it For:
This is a book of only Punjab and if you are a fiction lover then this book will not amuse you as the real-life people is brought to life through the document.

What makes this book stand out?:
Legendary tales of love which flourished through music, literature dances and music in Punjab has been marvelously represented which will surely give someone a good tour over the state. 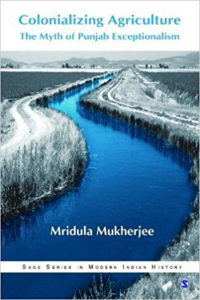 This book is the first study of the influence of colonialism on Punjab’s Agriculture and includes Haryana and Himachal Pradesh. After extensive research and data collection, the author points out that Punjab was a land of prosperous farmers.

Read it For:
If you are broadly researching to study India during the colonial rule then this is the book for you. The author compares Punjab with other states and presents a larger study of the moral and political economy of Indian peasants.

Don't Read it For:
If you are a spontaneous reader then this volume will not comfort you. It is a Business Economics range specially designed for Economics students.

What makes this book stand out?:
This is a complete study of agriculture during the colonial rule. This book is an entire analysis of the of Punjab where indebtedness was a result of riches and not poverty.

The Indian Army and Making of Punjab 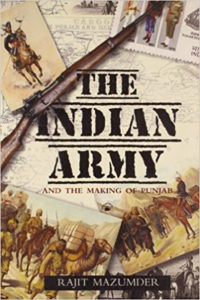 This book closely describes the Indian army during the British rule and how it withstood everything to build a national empire and an economy. It defines clearly how it protected our country from Internal danger and external assault. The bulk of this British Indian army was made in 1857 and the largest recruitment was from Punjab.

Read it For:
This edition makes a steep flow into the Punjab life and how the pay and pension scheme was designed for them. It is among the top 10 books on Punjab and even shows the benefits that the state derived which resulted them being the supporter of British rule.

Don't Read it For:
If you are not a fan of historical facts then this book might turn boring. It is not for the occasional reader who enjoy non- fictional more.

What makes this book stand out?:
This book critically describes how Punjab was made into a fortunate community and how British was unable to use its repressive machinery in Punjab, the state that provided the highest number of soldiers.

The Lawrence of Punjab 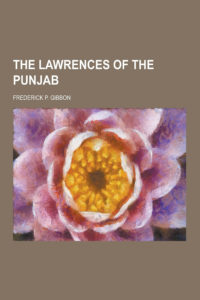 This book was composed by Frederick P. Gibbon about the Lawrence brothers John Lawrence and Henry Lawrence who were the top-ranking officers during the post annexation period. It has detailed analysis about the brother’s similarity, differences and temperament, their qualities of leadership.

Read it For:
This book is culturally fulfilled and was reproduced from the authentic artifact and remains very true as of the original one.

Don't Read it For:
This book is usually good for scholars to help them in their research about our recent history. It is unpleasant for fanciful lovers.

What makes this book stand out?:
This book is captivating and engrossing in reading, splendid in detail and unbiased in its evaluation. 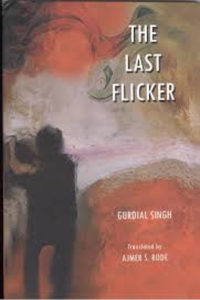 Thola was the adopted son of Dharam Singh’s father. Dharam’s father gifted Thola four Bighas of land. After Thola’s sudden death Dharam took the responsibility of his son and wife. Over the years, he was misjudged by Thola’s son and he tried to grab back Thola’s land that Dharam was taking care of.

Read it For:
It is a very popular book on Punjab and how the Punjabi family is structured. An amazing story with a touch of soul in it. The unfulfilled love story will move you to tears leaving behind footprints for a longer period.

Don't Read it For:
The book is melancholy throughout the read. If a person who is not a big emotional individual pick this up then he might never again Gurdial Singh again and that would be a pity for both the author and reader.

What makes this book stand out?:
The affectionate love of a father for his adopted son, a brother who can even die for the family that his brother has left behind shows how a Punjabi family bonding never changes with time or death.