We all have the picture of our ideal film bookshelf in our minds which is both intriguing and self-fulfilling. In our minds, we have kind of already arranged that the entire shelves, which will have all the inspiring books on films that most people crave to read. Books, after all, are the lifeline of knowledge, which otherwise might have died with genius minds but we are fortunate enough to have much more than glimpses of genius work of brilliant minds in written format. Some of the popular books on film are not mere recollection of history or simply a guidebook of certain forms of films, they are genuine attempts to enlighten our perspective and drag our thinking towards stuff that really matters. They are a medium which speaks of what the film has been or might be, when it was born and how it might die. Some hidden stories are waiting to be unearthed regarding how a film has come to existence and the source of inspiration behind it. To a large extent, they are here to convey a feeling of wonder about what makes our films so exciting and true. Below is the list of 10 best-selling books on film which every individual who is even remotely connected to films must give a read. 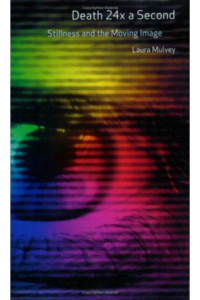 The book is an account of a genius whisper rather than a gentle shout. Paving its way for the readers to understand the protagonist through a series of reflection on her life, and death in a citation to the stillness and photograph

Read it For:
Mulvey put in an honest effort to draw a line of similarity between parallel viewpoints of Roland Barthes and Andre Bazin. Through this book, the author tries to bring out a genuine assessment of each writer's works and their literary confrontation with the paradox of time that went by and the time that is

Don't Read it For:
You won’t really get the book if you don’t have that thing for film-making

What makes this book stand out?:
One of the best books on film. The author points out new ways to look at the dynamics of a film.

The Wizard of Oz 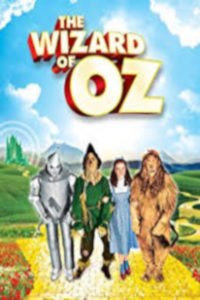 Salman Rushdie‘s The Wizard of Oz is unarguably one of his best non-fiction work. This book is full of great thoughts about colour, fantasy and Kansas. The book throws light on the fact that there is no place like home plainly because no place is home

Read it For:
While the bottom line remains same which is to elucidate the fact that imagination can become reality and retreat the above idea that there is no place like home and boldly states that the only true home is one we make for ourselves

Don't Read it For:
It can be a bit unrealistic and impractical given the current generation.

What makes this book stand out?:
This book is more than just a work of fantasy. It is strongly driven by the inadequacy of adults which in a way forces children to take control of their destinies 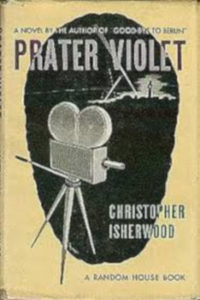 Prater Violet by Christopher Isherwood is one of the best short novels of the century and that by no means is an overstatement. This novella is a brilliant satirical look at how a Hollywood movie was put together in the 1940s from the eyes of a fledgling screenwriter

Read it For:
It is quite an elegantly written novella which is quite funny and odd touching

Don't Read it For:
The book is only for those who are in the cinema world or desire to get into it.

What makes this book stand out?:
It also covers the relation between aspiring screenwriter to the Hollywood fraternity. Anyone who has loved the Berlin stores will also end up like this piece of a classic 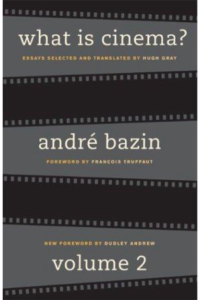 Andre Bazin sadly died before the arrival of what we now term as modern cinema. A plain fact about our understanding cinema is that it’s incomplete without the mention of Andre Bazin work. He is considered to be one of the most meticulous humanist and polemicists

Read it For:
To put it blatantly this work of Andre Bazin maps out the highway we are navigating in the sense that we have a lot more learn and discover

Don't Read it For:
A number of readers might find it difficult to understand the book

What makes this book stand out?:
In a nutshell, this book explores what is cinema? And this has been an invaluable and beautiful landmark in film and media studies

I lost it at the movies 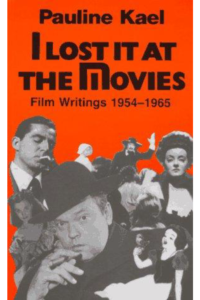 Pauline Kael is one of the greatest film critics. Kael had a passion for movies and has a trademark way of writing about films with fervour about the films that led her passion down which is quite an interesting way to write about one’s lifelong fascination

Read it For:
There are very few critic or reviewer of any generation that can match her intelligence and almost no one can match her on the passionate emotion for arts that had such an incredible impact on her life.

Don't Read it For:
Her reviews might feel a bit harsh, but well, that’s just the truth she is speaking.

What makes this book stand out?:
This is a classic work which deals with post-war cinema and brings to the notice of readers as if this movie were released recently. 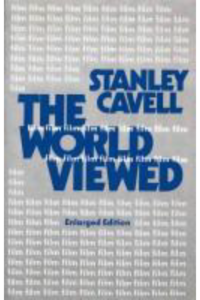 The World viewed by Stanley Cavell is a valuable counter to an ignorant tradition which is most prevalent in the United States. When we consider various developed countries and the US, there is a gap in the manner in which film media is taught. This is what the book mainly talks about

Read it For:
Stanley Cavell as a philosopher of art comes with quite a stern and rigorous approach which is also an imaginative one

Don't Read it For:
The stern approach of the author might not be liked by everyone.

What makes this book stand out?:
Through this book, the author tries to cultivate new concepts into film studies and, thus, making it mainstream. 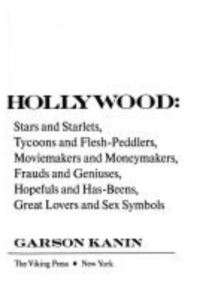 Hollywood by Garson Kanin is a memoir which is filled with wit and intelligence of Hollywood as if it were a living human being. Basically, it is about the story of Sam Goldwyn overcoming his advisors and his doubt about the Thomas Crown Affair

Read it For:
It is a brilliant book for those who love old school Hollywood movies and characters

Don't Read it For:
On the contrary, the new generation youth would not really be excited with the characters.

What makes this book stand out?:
The book will remind you of your favourite characters from the yesteryears. 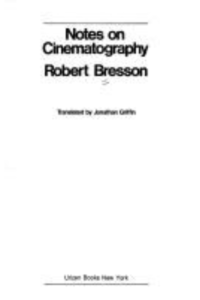 Notes on Cinematography by Robert Bresson is an uncanny quip from a master director. The underlying fact is that one does not need to completely believe and have a strong affirmation of the ideas to enjoy their style and reach

Read it For:
Every chapter and even every page of the book is a pure gem

Don't Read it For:
Not a cinematographer? Then you might not find the book to be that interesting

What makes this book stand out?:
The master tips and techniques given in the book are really great for anyone trying to get into the field 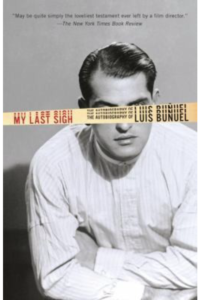 My last Sigh is an autobiography by Luis Bunuel. Just like his movies, the book keeps you interested throughout.

Read it For:
The autobiography is fascinating at all the possible levels. Through his his work we come to term with his years spent during war time in Spain

Don't Read it For:
If you are not a Luis Bunuel fan, you would not really be fascinated by it.

What makes this book stand out?:
There is wit written all over his work and for all those who love his movies should read this book and in all probability will be consumed by it

The Fred Astaire and Ginger Rogers 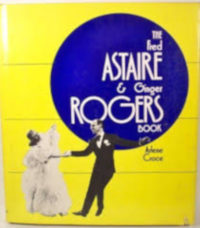 Read it For:
This is a must-read for those who are ardent are an admirer of Astaire and Rogers work and might get to know more of intriguing details of their work.

Don't Read it For:
The book might get a bit boring after a while

What makes this book stand out?:
Creek somehow manages to do justice with it and at the same time remains faithful to the lightness of art and encapsulates almost most of the different aspects of Astaire and Rogers with a sense of realism and truth