History is filled with events that are the beginning of an era or the end. Amongst all the wars the one, which we often hear, is considered as one of the greatest wars of all time is American civil war (1861- 1864), The one which was set to end slavery. The very period saw the inauguration of the of President Abraham Lincoln and soon after the war broke out in April 1861 where the seven southern slave states declared their withdrawal from the United States to form the Confederate States of America. A number of episodes happened and are significant during the civil war, and Atlanta Campaign is one of them.

Atlanta campaign began in the beginning of May 1864 where General W.T Sherman was asked to capture Atlanta which was the source of military resources in many ways to the confederate. In the end, Confederate Army decided to surrender, and General W. T Sherman captured the city on November 10, 1864.The campaign is also known for its battle of Kennesaw Mountain and Mach to the sea. Walt Whitman once predicted that “great literature will arise out of the era of those four years,” so here are the popular books on Atlanta campaign which will be a delight to those who are curious to know about the details of the events occurred during those times. We have compiled a list of books on Atlanta Campaign.

Decision in the West: The Atlanta Campaign of 1864 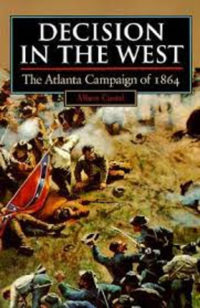 Castle has written a well-researched and detailed events of the campaign. The book talks about the drawbacks of Sherman on gaining the victory on the confederate. The analysis of the battle is comprehensive which includes the movements of brigades and divisions too. It is written fairly as there is more literature favoring the Union but in this Castle has described the situations and has critically and favorably explained strategies of Joe Johnston and his Confederate soldiers.

Read it For:
The book will totally alter the well-established notions. It is well written forming a fair point of view on the topic

Don't Read it For:
Although the book is too negative about Sherman, still It is a classic read for all who wants to know the events of the war in detail.

What makes this book stand out?:
The book is an excellent narrative work and captures the essence of the campaign with respect to the overall struggle between the North and the South. 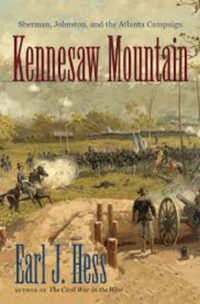 The battle of “Kennesaw Mountain” was one significant event during the Atlanta campaign. The book focusses on the same and describes that Johnston’s army occupied a strong position and fought each other from June 19 to July 3, 1864. It also explains that how difficult it was for Sherman to overcome the Confederates and also in what way this was the best chance for Johnston’s army to stop the march of the army towards Atlanta. The book also includes the significance of Kolb’s farm during the event

Read it For:
Go for it for its easy reading style. The book has described the facts in detail and is educational and interesting.

Don't Read it For:
The book excellently explains more the events of the “Kennesaw Mountain” and does not provide the holistic view of the campaign.

What makes this book stand out?:
Displaying the situation where Sherman’s really had a hard fight realized the opposition was stronger than they expected. 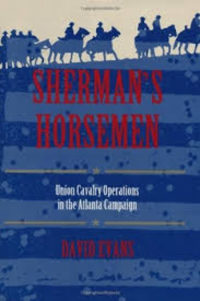 The author gathers the incidents that revolve around Sherman’s mounted troops from previously unpublished accounts. Sherman was determined to conquer Atlanta,but due to the lack of cavalry to capture Atlanta, Sherman sets cavalry raids to weaken the opponent. The account describes all cavalry operations done as a part of his strategy to capture the city. It is one of the best books on atlanta campaign

Read it For:
Each account is vividly explained in a chronological manner,and the flow of the book is organized and easy to comprehend.

Don't Read it For:
The book is long and at times becomes deep and complicated.

What makes this book stand out?:
Well described and illustrated maps of operations, raiding routes and battle.

The Road Past Kennesaw: The Atlanta Campaign of 1864 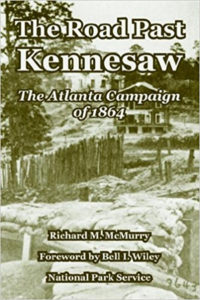 The four-month campaign has been well captured in this little book. It takes to the journey of the Georgia area. Pros and cons of strategies and tactics have been highlighted

Read it For:
An excellent short version of the whole campaign including the description of the main participants Sothern’s Johnston and Hood and the Union's Sherman and James Birdseye McPherson.

Don't Read it For:
The aesthetics of the book is not up to the mark like dark maps and incomplete illustrations.

What makes this book stand out?:
This little book is a short,yet descriptive account of the campaign and a must read who are getting acquainted with the topic. 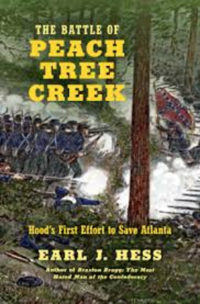 It is an account which explains the situation of the Confederate Army during the Atlanta campaign when its commanding general was surprisingly changed to John Bell Hood. The book also outlines the event that how the confederates pretended to advance but stopped.

Read it For:
It is a well-evaluated account of the worst confederacy’s decision taken which stunned the troops.

Don't Read it For:
Constitutes a large portion explaining the backgrounds of around 100 of participants which makes the book bit boring.

What makes this book stand out?:
An excellent study of an untold account with touching scenes of the soldiers. 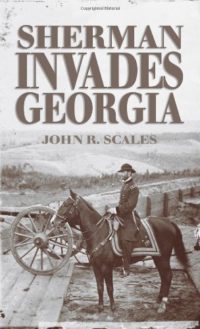 The author takes this book to another level in order to explain the Atlanta Campaign by applying the strategy, planning and management theories of the modern era to the actual historical events. This book is an attempt to showcase the smart and witty thinking of Sherman that eventually led the Union to win the war against the Confederates

Read it For:
The book showcases the analysis of techniques involved in military planning for the execution of the Atlanta campaign which is a unique angle to study the war and is fascinating.

Don't Read it For:
It is not an elaborate and narrative account of the campaign.

What makes this book stand out?:
The content is unique and different from the other books in the category as it does not tell the story but puts more emphasis on the judgment and analysis of tactics involved in the campaign.

Fields of Glory: A History and Tour Guide of the War in the West, the Atlanta Campaign, 1864 (Civil War Explorer Series) 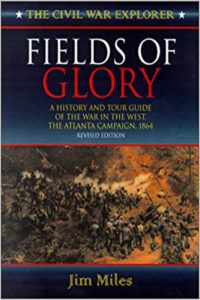 This book is an attempt to show a virtual depiction of the actual events and take you on a journey through many infographics, descriptive maps, and timeline. The author has described the irony of the union victory by destroying the city of Atlanta which was the heart of manufacturing and other crucial resources.

Read it For:
Provides an easy understanding of the events for one who wants to explore the places involved in the campaign.

Don't Read it For:
Some maps are inadequate,and no maps are provided for some remote locations.

What makes this book stand out?:
Its descriptive travel information including 85 illustrations,25 maps, tours of the battlefields and many more. 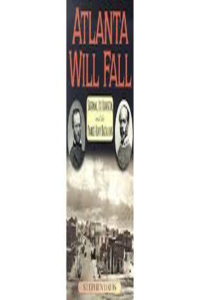 It is the fast-paced book which analyses the strategies and tactics practiced by each general involved in the campaign. It tries to bring out a new perspective on the entire event.

Read it For:
the book is gripping and unravels the old myths related to the campaign

Don't Read it For:
Not comprehensive to understand all the facets of the campaign

What makes this book stand out?:
A lively and argued study makes it supplementary literature in understanding the tactics of the campaign and its repercussions.

What the Yankees Did to Us: Sherman’s Bombardment and Wrecking of Atlanta 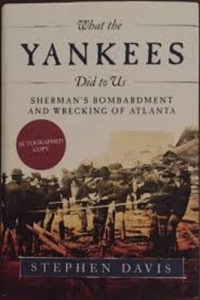 The book shows the gory details of the campaign including the description of the 37 days long artillery bombardment and torching of the entire Atlanta city by the troops of Sherman’s army.

Read it For:
To know and understand the events occurred after the fall of the Atlanta city.

Don't Read it For:
It is a lengthy book and talks about the miseries and sufferings in too much detail.

What makes this book stand out?:
The elaboration of the destruction and its after-effects on the civilians and the city.

John Bell Hood and the War for Southern Independence 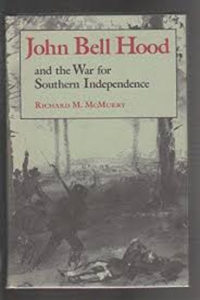 The book is dedicated to the leader and the fighter of the Confederate troops. This is the biography of the tragic yet heroic figure of the Atlanta Campaign which appraises the determination and courage.

Read it For:
A great story of a leader in the Atlanta campaign.

Don't Read it For:
Not a detailed version of the Atlanta campaign as it only outlines the rise and fall of a leader.

What makes this book stand out?:
An interesting who wants to study the hood’s military careers