“HISTORY CANNOT GIVE US A PROGRAM FOR THE FUTURE, BUT IT CAN GIVE US A FULLER UNDERSTANDING OF OURSELVES, AND OF THE COMMON HUMANITY, SO THAT WE CAN BETTER FACE THE FUTURE” – ROBERT PENN WARREN

The cursory glance of the history books makes it more interesting for the readers to go deep in it. There are a lot of writers who found their way in the same subject but indeed there are very few who succeeded in making it stuck to the point.

Bury My Heart at Wounded Knee 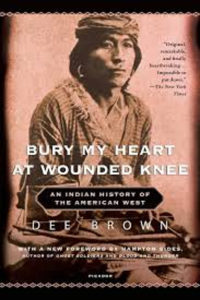 American writer Dee brown beautifully describes the era of the mid-nineteenth century, the author highlights the polite and peaceful nature of Indians especially after the colonial effects. The author summarizes various autobiographies and council records to give an in-depth description of incidents.

Read it For:
Read it to get descriptive information about various characters of the second half of the nineteenth century.

Don't Read it For:
In each chapter, the same pattern is followed which might be difficult to read.

What makes this book stand out?:
Description of the tribes such as Hunkpapa Lakota, Santee Dakota, etc. 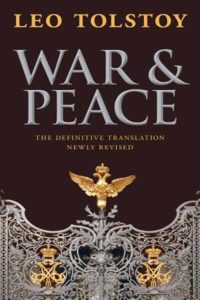 Leo Tolstoy features the French invasion of russia.pre and post-war incidences and the Napoleon era is the center point of this book series. The characterization of the personalities comes from diverse background. The last chapters are merely the discussion of the facts.

Read it For:
it is a descriptive story that revolves around Napoleon era

Don't Read it For:
The length of the story might disturb your mind as it is the massive book

What makes this book stand out?:
according to its readers, it is one of that books which can be a life changing.

Decline and Fall of the Roman Empire 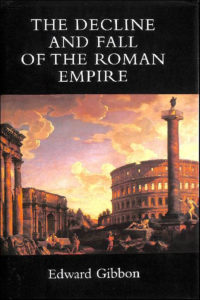 Decline and Fall of the Roman Empire are published in six volumes to briefly describes the fall of the Roman empire from the second century. Edward Gibbon's narrative description of the decline of the empire gives justified and explanatory reason behind the incidences

Read it For:
gibbon’s sense of humor and his writing style makes this series a special one.

Don't Read it For:
Many of its readers are disappointed by the lapse of events and leap of time.

What makes this book stand out?:
the critical and ironical tone of the narration and the use of footnotes. 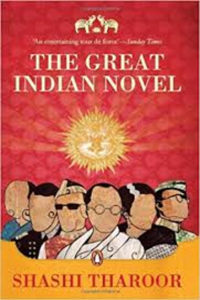 The great Indian novel is a fiction work by Shashi Tharoor that sarcastically describe the story of one of the greatest epics from Hindu mythology - MAHABHARAT.The different sections of the book are similarly arranged with the political events of the twentieth century. The narration of the story is full of hilarious incident and satire. Those who are not familiar with the Indian history can easily understand the plot.

Read it For:
The reinterpretation of the greatest epic with parallel events from the political background makes it worth reading.

Don't Read it For:
If you are not comfortable with mixing history with humor.

What makes this book stand out?:
The collection of the political events of 250 years and making it coincide with the characters of Mahabharat.

1491: New Revelations of the Americas Before Columbus 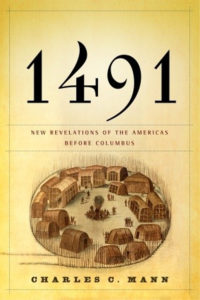 The plot features the deep study the thinking of native Americans before the invasion of Europeans. Charles c Mann describes an understanding of the people before the pre-Columbian era. The story gives various brief aspects and the descriptive topics which helped people understanding science, medicine, and other related data.

Read it For:
read it for various scientific queries and the revelation of the truth behind.

Don't Read it For:
The repeated comparison in between the narration makes it boring.

What makes this book stand out?:
It is the perfect blend of factual evidence and narrative civilization of the Americans

The guns of august

The guns of August written by  Barbara W. Tuchman features the story from the  first month of world war first. The first chapter of the story begins with the funeral and the later chapters are focused on the planning, outbreak, and battle. The story reflects the intense knowledge and deep understanding of the author. It is stressed on the point that how the war was initiated and how it could be stopped but wasn't.

Read it For:
Read it to know how the first world war was started and by whom

Don't Read it For:
The book is just awesome there is nothing left untouched which was needed to be described by the author.

What makes this book stand out?:
It is the best work by Barbara W. Tuchman which makes readers feel that they are reading an actual fiction book.

A People’s History of the United States 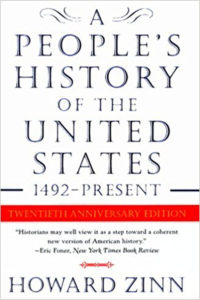 political scientist Howard Zinn describes the interpretation of the peoples and history of the United States. The story is narrated from the minority point of view. It included all the stories from the minor group which was previously ignored. It is the story focusing the common people not those who were in power. It basically revolves around those who have fought to overcome the slavery and racism.

Read it For:
read it to understand the history from the minor point of view

Don't Read it For:
some readers felt that he was biased and only thought from one point of view.

What makes this book stand out?:
The book had such a great influence that it became the textbook in various high schools.

spqr: a history of ancient Rome 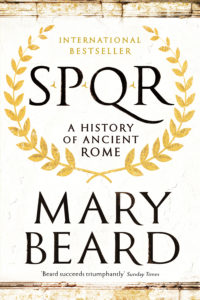 marry beard describes the history of Rome and clears all the mist and myths about the history. The highly informative book focuses on how the Rome Empire grew rather than focusing on its collapse. The deep understanding of the author about the subject is purely reflected by the narration.

Read it For:
read it to get information about the great history of Rome.

Don't Read it For:
some readers find unsubstantiated opinions mentioned in the book

What makes this book stand out?:
its title makes the novel more interesting. This book focuses on the rise of the Roman Empire. 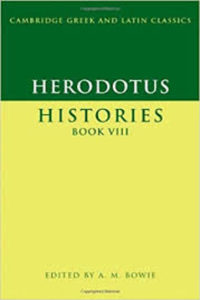 The Histories by Herodotus is one of the founding works of western literature. It is remarked as the first book to feature the history of the Persian empire. This series comprises of nine books which provide the descriptive details of the ancient world.

Read it For:
read it to understand the behavior of ancient Greek

Don't Read it For:
This book is really awesome

What makes this book stand out?:
The narration of the writer makes it interesting.

The Making of the English Working Class 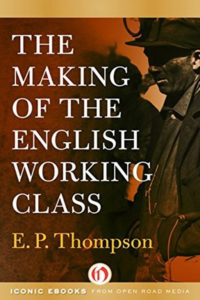 Making of the English working class is based on the social history of English. E.P. Thompson beautifully describes that how the working people of the community helped themselves to recreate and build.

Read it For:
This book is considered as the best academic history book

Don't Read it For:
This is a masterpiece of history.

What makes this book stand out?:
The efforts of the writer to recreate the same impact of the history.