Joseph Hilaire Pierre Rene Belloc, or simply known as Hilaire Belloc, was one of the most reputed and multitalented writers of England in an early 20th century. A devout Catholic, his works included poetry, satire, letters and comic verses for children. 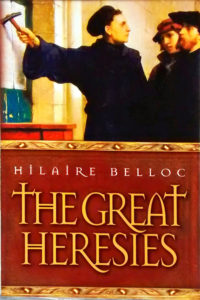 In the Hillaire Belloc popular novel, the devout Christian talks about the 5 greatest heresies to Christianity ever - Arianism, Mohammedanism (Islam), Albigensianism, Protestantism, and "the Modern Attack,” which is probably the insurgence of technology-backed atheism.

Read it For:
To know the minute details of how these religious beliefs have left a mark on world culture.

Don't Read it For:
It is largely biased, given the writer’s own path of faith. So if that is not something you want to go with, don’t.

What makes this book stand out?:
Analysing how things would have been different if these religions were in charge of the world (secularism clearly did not exist in his mind) and how the “modern attack” is the biggest threat to Catholicism. 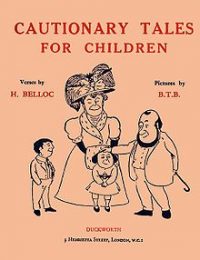 In the Cautionary Tales for Children, the famous satirist writes a collection of 11 tales of rhyming admonishments for children to make them aware of their moral responsibilities.

Read it For:
The sharp and edgy writing of Belloc that hits at the right place.

Don't Read it For:
If moral policing in the name of literature is not your kind of read.

What makes this book stand out?:
Being an educational as well as a satiric piece of writing, with haunting piece titles like Matilda: Who told lies and was burned to death.

The Path to Rome 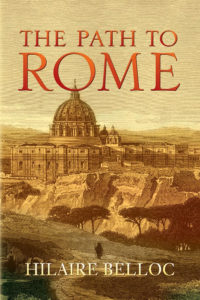 An autobiographical non-fiction, the story is about Belloc’s pilgrimage to Rome on foot which he made a vow to do as a part of “seeing all of Europe which the Christian faith has saved,” as mentioned in the book.

Read it For:
Getting a glimpse of Belloc’s undying love and devotion to Christianity and the sacrifices he was ready to make for that.

Don't Read it For:
If religious sentiments do not really appeal to you as literature.

What makes this book stand out?:
Being the Hilaire Belloc best book, as per him himself and many other critics – for it was a piece more than literature, transcending into a creation of spirituality.

The Four Men: A Farrago

This book is semi-autobiographical in the sense that he divides up his own conscious self into four characters – the narrator, Grizzlebeard, the Sailor and the Poet who wander through the rustic England in the beautiful landscape of Sussex.

Read it For:
Belloc’s personification of four different characters and how each of those perceives the obsoleting English rusticity and landscape.

Don't Read it For:
It is clear from his style of writing that Belloc is a traditionalist. If that does not suit your taste of reading, steer clear.

What makes this book stand out?:
Injecting humor and satire to Belloc’s ever-invasive analysis of how modernism is killing the older things. 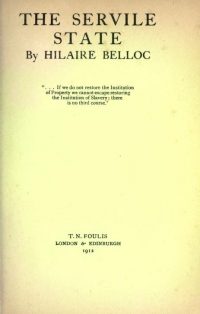 The Servile State is probably the best political work Belloc has ever written. He explained in the book how the effect of socialism on capitalism is giving birth to a new infant in the world economy and society – the servile state, or what we call as a welfare state.

Read it For:
A different interpretation of the changing times than the one we have always read.

Don't Read it For:
As it is clear, Belloc had quite different and in certain cases, regressive views about development and forwarded marching. Standing on today’s date, it might not be a pleasant read at all.

What makes this book stand out?:
Belloc’s strong take against what is now the popular and obvious situation of the society.

The Bad Child’s Book of Beasts 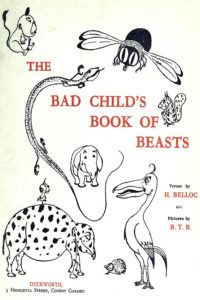 With illustrations and cheeky advice, this book is yet another collection of moral verses for children.

Read it For:
Moral stories are always great to share with children, provided they take something from it.

Don't Read it For:
Belloc’s conservative stances in today’s world are neither the right way to teach your children, not the manner to treat the kids.

What makes this book stand out?:
It does not really, given that the Anglo-French writer wrote way many moral policing advice in his life. 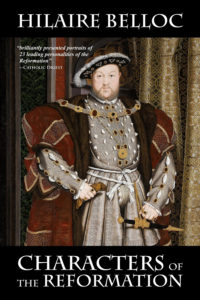 This book would have topped the list if it was the best Hilaire Belloc books in order of interesting The book has a bunch of historical characters including Henry VIII and Elizabeth I and how their smallest of actions left a deep and much bigger impact on history.

Read it For:
If you love European history, you will love this book because of all the small trivia and seemingly insignificant factors it brings up.

Don't Read it For:
In case you are skeptic about another person deciding and decoding the personalities of such legendary historical characters, don’t go for this book.

What makes this book stand out?:
Creating sort of an alternate universe where 23 biggest historical figures are analyzed in a light of ‘what if.'

Europe and the Faith 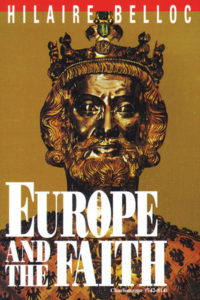 Sticking true to his devout faith, Belloc explains in this book how the Catholic Faith is the one that built the entire empires of Europe and the global colonialism done by European countries. He completely disregarded the scope of early barbarians or Protestants having any contribution in that.

Read it For:
If the Catholic inside you needs to be assured that your faith is behind the greatest things ever happened.

Don't Read it For:
The writings are clearly biased up to a large extent, giving more than due importance to one faith and complete disregard for every other race or faith of origin.

What makes this book stand out?:
Being a Belloc masterpiece, but not really for the right reasons in today’s world. However, it gives some true insight into the world of Christianity, though quite conservative.

The Crusades: The World’s Debate 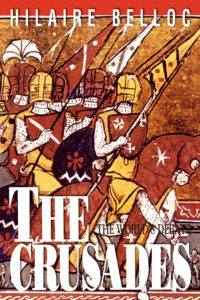 The book revolves around Belloc’s take on how the Christianity was attacked by the Turks who turned to Islam and how the resurgence of Islam will be a threat to Christianity because of the apparent failure of the Crusaders in the 12th century.

Read it For:
An in-depth analysis of Christianity’s Great War and how different result would have made a difference to the world as we know it.

Don't Read it For:
Once again, Belloc’s opinions come from his own devout faith and loyalty to Catholicism and hence, often narrow in perception.

What makes this book stand out?:
One of the best fictional take on the Crusaders and greatest appreciation of Christianity’s forefathers.

Essays of a Catholic 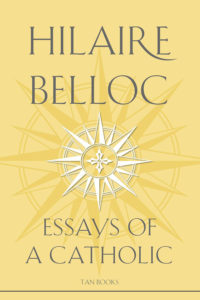 An extremely thorough work by Hilaire Belloc about Catholic Christianity in the light of the dividing cultures of east and west, the disputes between the old church and the modern state, paganism, and atheism and many such – analyzing and predicting the present and future of the faith.

Read it For:
A robust study of Christianity – one of the oldest faiths of the world.

Don't Read it For:
It is a religious essay through and through. Don’t pick it up if it doesn’t suit your taste.

What makes this book stand out?:
Being one of Belloc’s masterpieces, from his point of view of the world.