The western apache is a tribe that resides in central Arizona, USA. They also go by ‘The native Americans of the Southwest’. The Apache call themselves the ‘Ndee’ which translates to ‘The People’. They are a tribe that believes in Supernatural powers and use it most of their rituals. The Apache are mainly hunters and gatherers.

The local environment provides them with mountain lions, antelopes, elks and porcupines. The western Apache love horse riding and would often raid their enemies. The western Apache’s like most tribes, do not indulge with outsiders and generally keep amongst themselves. Quite recently, they have started settling in one place and started farming. 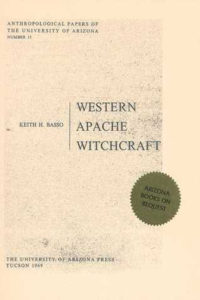 The book covers topics on the supernatural powers that the Western Apache claim to have. It gives in-depth detail of the ways the Apache follow. Readers looking for help in publishing papers have a good opinion of the book. Professor Keith Basso is University Regent Professor at the anthropology department at the University of New Mexico and has done commendable research on this topic.

Read it For:
Several unknown facts about the Western Apache and interesting information are mentioned in the book.

Don't Read it For:
Goes into too much detail and will be time-consuming for those who want a crisp and brief reference quickly.

What makes this book stand out?:
The book provides great knowledge about the western Apache’s superstitions, a very difficult topic to find information on. 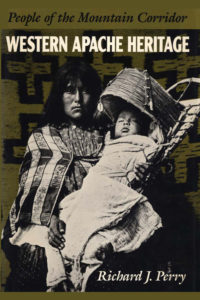 A great book worth mentioning amongst the top 10 books on the western apache. Anthropologist Perry uses his research to throw light on the diverse culture of the Apache and binds together their history which is slowly fading away. Several other tribes are also mentioned in this book along with the Apaches. A great amount of data has been put into this volume making it worth the read for history lovers.

Read it For:
People in search of history on different tribes, mainly the Western Apache would benefit by going through this book. Sufficient information has been provided on topics such and culture and language.

Don't Read it For:
The book goes into details of different tribes too. It would consume precious time searching for solely the Apaches in this book.

What makes this book stand out?:
The huge amounts of statistics given to various tribes make it one of a kind.

Wisdom Sits in Places: Landscape and Language Among the Western Apache 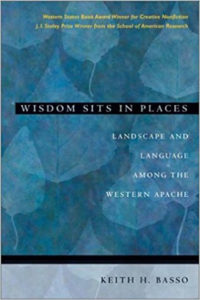 Once again, a remarkable book by Anthropologist Basso gives us insight into the linguistic upbringings of the Apaches. It was written well in the form of a story and helps the reader understand the tribe better. Moreover, it exposes us to the conversations Basso has had with the Apache which tells us a great deed about them. A short and concise information guide.

Read it For:
The attention-seeking writing style and personal interaction with the tribal people

Don't Read it For:
May not be a good resource for people who are researching.

What makes this book stand out?:
The well-written explanation and inter-linkage between the people and their environment. 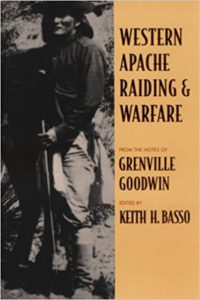 At number 7, one of the best books on the western apache, it gives a lot of information on the Apaches and their lifestyle. Instead of watching movies on them, it is better to read about the norms and social interactions they follow, especially when it is written so creatively.

Read it For:
Complete translations of words and phrases along with extensive commentary on weapons of war.

Don't Read it For:
May not be a good read for those in search of anything other than Apache warfare.

What makes this book stand out?:
Enhancing knowledge about the Apache raids and war strategies carried over the years.

Life Among the Apaches 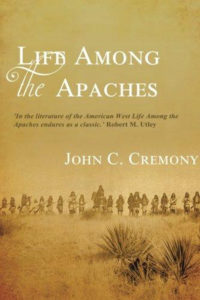 Written a 100 years ago, the book has unseen parts of the Apache’s history that attract eyes of all those interested in the tribe. The book has the thrill of a typical Wild West novel and at the same time tells one about the military suppression of the Apaches.

Read it For:
The thrill and a great experience to enlighten yourself about the Western Apache a hundred years ago.

Don't Read it For:
If you aren’t interested in books with few illustrations.

What makes this book stand out?:
Its historical importance makes it one of the 10 best-selling books on the western Apache. 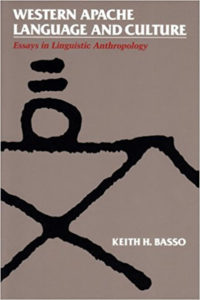 Another high ranking book in best books on the western Apache. Anthropologist Basso once again impresses us with his experience with the Apaches. The book is precise and tells us volumes of the Apache’s way of life and the rituals they carry out.

Read it For:
The book speaks tones about the Apache language and culture.

Don't Read it For:
The book may not have a very ‘I want to read the next page’ nature.

What makes this book stand out?:
Great compilations of seven essays, short and crisp.