Suburbia is an important part of the urban jungle. By definition, suburbs are a mixed-use or residential area. They can also be a separate neighborhood with its own local government. Whatever the variations might be but it cannot deny that suburbs form the soul of the city as it houses the strugglers and the hustlers who make up the city’s workforce. 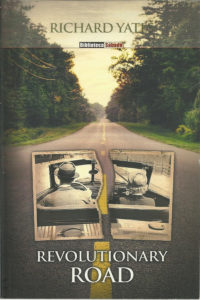 Richard Yates account of a struggling couple is moving into a Connecticut suburb. However, they have certain plans to run away and start a new life altogether. However economic and mental hurdles create issues for them.

Read it For:
The brilliant and accurate description of the lifestyles, household and job scene of America in the 1950s.

Don't Read it For:
If you are weak hearted, you will find it hard to hold back your tears. The story is beautiful but very saddening.

What makes this book stand out?:
The tragedy of human life and the sad, tragic realities which haunt as at times; that is beautifully described in this American classic. Written in the 1950s and still relevant, it is one of the 10 best-selling books on suburbs.

Suburban Nation: The Rise of Sprawl and the Decline of the American Dream 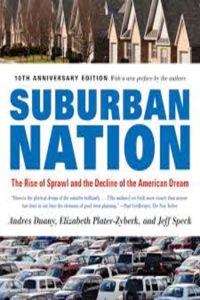 The problems of increase in suburbs with industrialization and automobile industry are reflected in this book. It is making cities more crowded, and this urban sprawl needs to be brought under check.

Read it For:
The book gives major reality checks for the present while expressing concerns for the near future.

Don't Read it For:
Mostly the book acts as a neo-liberal rant against modern urban settlements.

What makes this book stand out?:
A significant treatise for the North American movement to put an end to urban sprawl. This might just be one of the best books on suburbs. 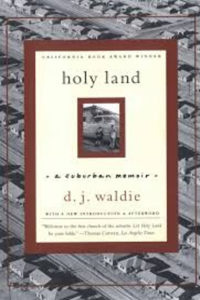 Growing up in a blue-collar suburb in Lakewood, California in the 50s is an enlightening experience. This is what D. J. Waldie expresses in this book.

Read it For:
Some great historical perspectives on the resettlement of many blue-collar families in America after the Second World War, making it a worthy mention on the list of 10 best-selling books on suburbs.

Don't Read it For:
The descriptions get monotonous after a period of time.

What makes this book stand out?:
In talking about his youthful suburban experiences, he is not just describing the neighborhood of that time, but he is also describing of the mindset of the people of the ‘Holy Land.’

Crabgrass Frontier: The Suburbanization of the United States 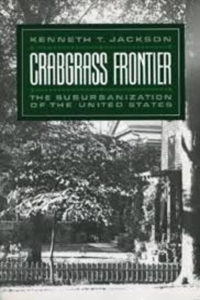 Urban historian Kenneth Jackson’s well-researched account on the American suburbanization and what makes it truly unique.

Read it For:
Jackson has dealt with explaining many factors that led to this urban growth like the construction methods, federal subsidies and the transportation of the initial years.

Don't Read it For:
As it is written long back, it is good for historical references, but the rest of it seems outdated.

What makes this book stand out?:
Probably one of the finest books written on the social, economic and urban development of the suburbs of the grandest nation. It is a classic entry in the list of books on suburbs.

The Buddha of Suburbia 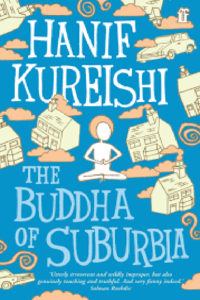 Hanif Kureishi’s debut novel is set up in the suburbs of London. It is about a mixed-teenager growing up in the late 1970s as he moves from the suburbs to the big city.

Read it For:
Observations of the city life and the class differentiation in London society.

Don't Read it For:
If you are looking for a casual read, then you can give this book a miss as it has many spiritual allegories and references.

What makes this book stand out?:
The book gives a funny insight into the urban scene and at the same time is heart-wrenchingly deep.

The Geography of Nowhere 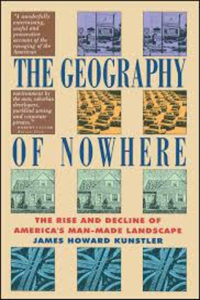 A vast well-researched account of the civil planning, suburban sprawl and the effect of the automobile industry in common American society.

Read it For:
The inevitable and essential relationship between humans and the suburb buildings is reflected in this book.

Don't Read it For:
The writing seems highly opinioned and not tolerant enough for all schools of modern thought. Even so, it is one of the popular books on suburbs.

What makes this book stand out?:
It feels like a warning note for the future when we would need to hark back to the better methods of traditional town planning. 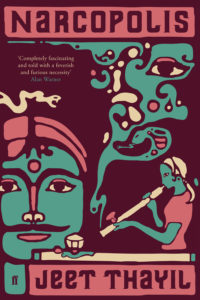 The transition brought about in the local Mumbai suburbs in India over the course of three decades, as observed from poor struggling narrators.

Read it For:
There are such well written, real and original characters that have some pain and remorse to hide. These characters range from poets and gangsters to prostitutes and eunuchs.

Don't Read it For:
The book will haunt you for sure. And the visions of poverty and crime are frighteningly raw and real.

What makes this book stand out?:
Never before has a book been written that describes the dark areas of Mumbai so well. 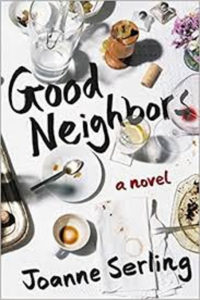 Four families in a suburban neighborhood bond as a group but relationships start getting judged and questioned as one of the couples adopt a Russian girl. The girl seems very unsettling and what follows is a strain of mysterious judgments and questions.

Read it For:
A great narrative based on the judgmental behavior that is ingrained in all members of human society.

Don't Read it For:
Readers might find issues with an abundance of minor plots all through the book.

What makes this book stand out?:
Gives a dark, mysterious picture of the suburb in which the protagonist resides along with equally twisted characters. 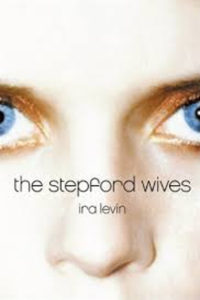 A sci-fi dramedy which deals with a couple migrating from Manhattan to a high-class neighborhood in Connecticut. Here they discover that the Stepford husbands are replacing their wives with highly obedient robots.

Read it For:
There are plenty of thrills to be offered in this brilliant satire on the people of the suburbs.

Don't Read it For:
Again, this book is to one of those that did not age that well. The main idea behind a non-working spouse would obviously not appeal today’s feminism charged society.

What makes this book stand out?:
Only a few writers can blend genres like satire, thriller, comedy, and drama perfectly and Ira Levin does this with utmost perfection. 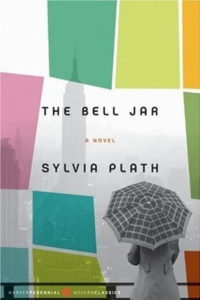 A semi-autobiographical account and the only novel was written American poet Sylvia Plath, The Bell Jar is a real, gut-wrenching and distressing deal with a girl called Esther from the suburbs of Boston who heads out to New York City for a big internship for a fashion magazine. However, here she slowly descends in mental illness, and things get darker.

Read it For:
Plath’s brilliant analysis of how people can judge you and act all superficial and pretentious.

Don't Read it For:
The madness and clinical depression that the lead character faces (which Plath herself faced) can be traumatizing for readers.

What makes this book stand out?:
It is haunting, and at the same time, Esther’s naïve character gives a girly attitude to the book.